In FY 17-18, EAC had 28 certified teaching artists on roster. The agency placed 28 artists in residence. Residencies spanned six counties and served 18 schools and 10 non profit organizations. The total dollars spent on residencies was $180,712.

That same year, EAC received 126 applications requesting funding support. The agency awarded grants to 93 of those applicants. Support spanned five counties and 18 grants were awarded to schools, 65 to non-profit organizations, 1 to municipalities, and 9 to artists. The total dollars distributed through grants was $235,693.

EAC sponsored the Erie Metropolitan Transit Authority Cultural Loop. Through this initiative, a free trolley service operates every 15 minutes on Saturday evenings from 5pm until midnight along a dedicated route set apart from EMTA's regularly scheduled line. The service provides door-to-door transportation to and from cultural venues and complementary Downtown businesses.

During FY 17-18, EAC made the announcement that it would take over the production of the annual Erie Blues & Jazz Festival, which celebrated its 25th anniversary. This free, family friendly event served 25,000+ residents from the region. The three day festival includes a mix of live music, performance art, spectacle, and workshops. This event was originally produced by the Erie Art Museum. When experiencing a leadership change, the museum decided that the festival was not within its mission as an organization. EAC made a commitment to the community to sustain the festival through 2020 as it goes through the transition of becoming a separate non-profit organization. 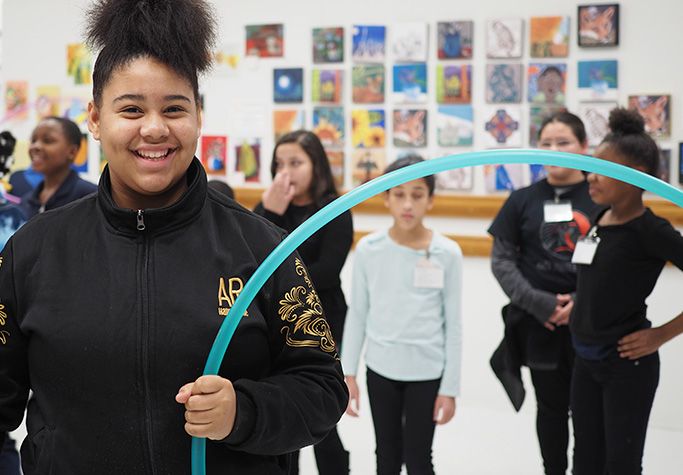