“You’re full of peppergrass,” his Grandmother chuckled. It was her way of saying he has good energy, and that good energy has carried over to his music. Peppergrass is Thomas Statkun’s one-man band, an Industrial Electronic Rock sound as unique as its creator. “Peppergrass is all about creating a positive environment,” says Tom. Music comes naturally to him, and he relies on his intuition more than anything to compose pieces that stretch the boundaries of his own creativity.

It is difficult to pinpoint when his interest in music began. Perhaps it sparked when he saw his mother playing the piano at a young age. Perhaps it was when he picked up the guitar and taught himself to play during his time as a student at Fort LeBoeuf High School.

Tom graduated high school in 2006 and joined the Security Police in the United States Air Force from 2009 to 2011. During that time, he was in Japan, which opened him up to a new culture, a new way of life, and a new source of inspiration for his art.

He is currently pursuing a Business Degree at Porreco College of Edinboro University, while continuing to ignite his passion for creating music and a positive environment for his listeners.

I had the privilege of interviewing Tom and finding out more about Peppergrass and the process behind that intuition-driven electronic sound. Let’s hear what he has to say:

Why do you call your band Peppergrass rather than use your name?
I see the band as more than myself. It’s a scene. I am open to the idea of having members join. The name peppergrass came about because my Grandmother has always said, “You’re full of peppergrass.” Also, it kind of reminds me of the Beatles’ Sgt. Pepper.

How does a song begin for you, and how does it develop?
I consider myself a “rhythm guitarist” because I play a lot by ear. I hear stuff in rhythm, patterns, etc. all the time and put the different components together like pieces in a puzzle. I start with the guitar. I use acoustic or electric depending on the sound I am going for. From there, I give it an electronic sound with different software programs. I will either layer the sounds over the guitar or try to create the guitar rhythm from scratch on the software. I have ideas for sounds, but I want to make sure it comes across the way I want it to. I try to make it as natural as possible. I always want to make sure it is unique, so I go through a thought process to make sure it hasn’t been done before, by me or anyone else.

The sound at the beginning of Event Horizon came from an electrical organ. I edited the sound the instrument naturally made to make a new sound. I did something really different in the song Newshoot. I was playing around with a pencil, drumming it against my computer and recording it at the same time, which created the internal drum sound you hear in the song. When I named the song, I was thinking of Mushu from Mulan and a bamboo shoot. When it comes to naming other songs, most of them are just words and phrases that pop into my head. Some make sense, like Supercompact, because it is the most compact idea of Peppergrass. The songs with lyrics usually have names based on the lyrics.

Why do you create more instrumental songs rather than lyrical? Do you feel the lyrical songs carry more emotional weight for you?
Because I like to let people interpret the songs in the moment they’re in, getting something else out of my music with different moods and different experiences they are going through at the moment. Right now it’s mostly composition. Yes, the lyrical songs do carry more emotional weight when the lyrics mean something like in a love song. Some don’t necessarily mean anything, though. For the ones that do carry emotional weight, the emotion comes about when I’m singing and/or writing and I do sometimes relive those moments when I revisit the songs.

Do you find yourself analyzing the music you listen to? How have your observations, perspectives, and taste developed as a musician?
There comes a point where I just have to step away. I still listen to Bach or Beethoven, for example, and think about how they came up with their compositions. I listen to a lot of older jazz and contemporary electronic rock. With my own music, I’d like to be progressive. Peppergrass has always been futuristic. For the next EP however, I’m reminding myself to go back to my roots and practice acoustic again.

What do you think makes a well-written song?
Passion and communication. I want to be connected with the audience and feel something. There’s a time and a place for everything but I want the listeners to just enjoy the moment they are in, wherever it is.

What is your process for getting an EP ready for release?
I show close friends and family some of the songs in various stages of completion. I set deadlines for myself to release the songs and all of the promotional content preceding them. I compile the content I have and set release dates for them. I make sure everything is quality, but I’m not a perfectionist. Sometimes it’s ok to leave things a bit rough.

What are some challenges you have encountered as an independent musician?
Sometimes it’s difficult coming up with something people want to hear because you can’t please everyone. Putting together concerts and putting things in place can be challenging since there are time constraints and other people involved. There’s computer set-up, guitar setup, finding a drummer, etc. I try to find where I can fit in as an opening act for a more well-known band because the turnout will be greater in that case.

Do your EPs “tell a story?”
I see my life and memories through each one, and I’m just interpreting what I’m seeing. I think about what I was doing with my life at the time I produced certain tracks, and I go back and sift through them, throwing away “garbage tracks.” Some of them I was just excited about a sound I was working on and later I see it from a different perspective. EPs are like benchmarks of different perspectives I’ve had on life. I put the songs in the order I do because I want to make sure there’s variety. I want to make sure two similar sounding songs don’t play right after each other. It’s like poetry, with rhythm. It’s measure, not intentional but more intuitive.

What can we anticipate for the future of Peppergrass?
I want to move forward, branch out, and continue to grow. That’s what Peppergrass is. I’m working on a podcast about my influences, which includes 12 tracks and some alternate takes of previously released Peppergrass songs. As for new music, I’d say sometime early 2020. In it, I’m going back to my roots with more acoustic songs, as well as exploring more with lyrics.

Thank you, Tom, for taking the time to talk with me. Check out Peppergrass’s Soundcloud for the upcoming podcast, coming soon, and be sure to follow him there. In the meantime, you can also follow Peppergrass on Facebook, Twitter, and Spotify to stay up to date on his latest projects. 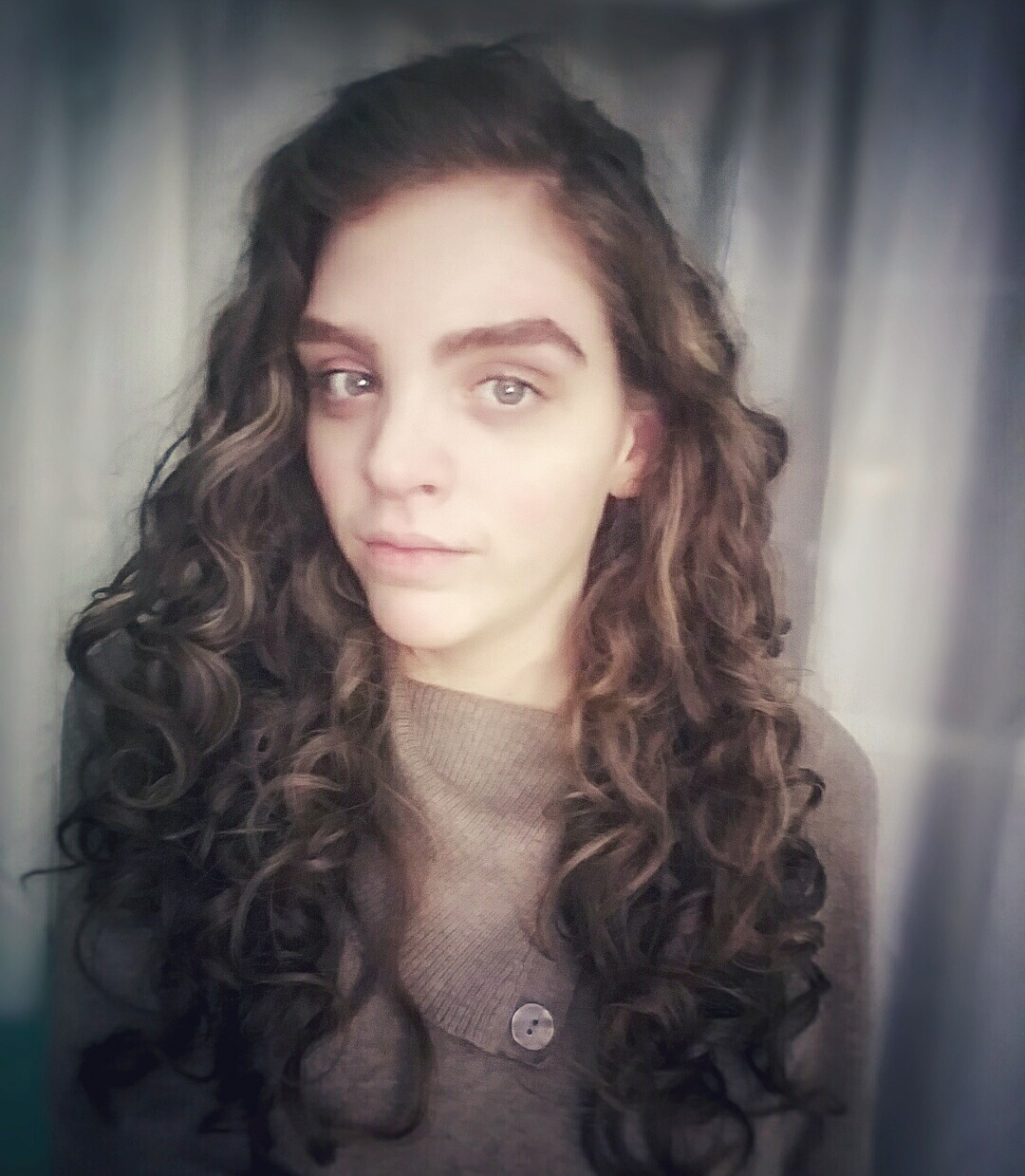 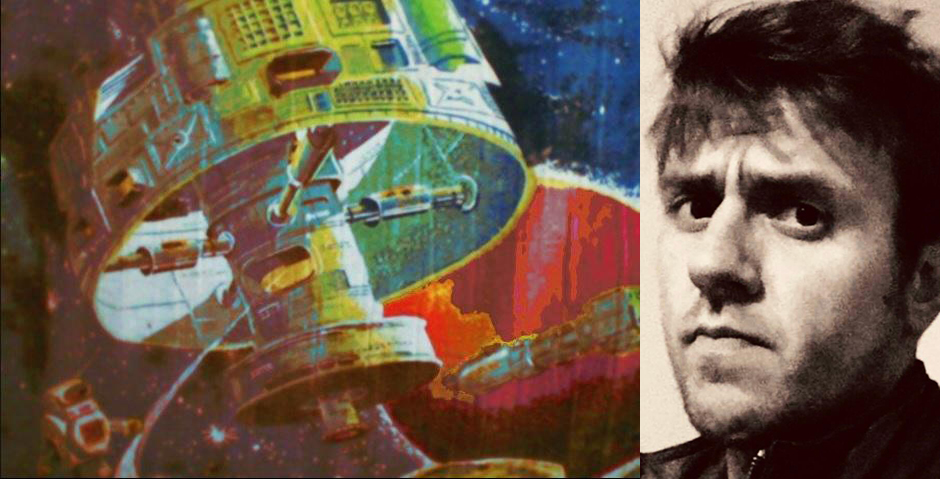