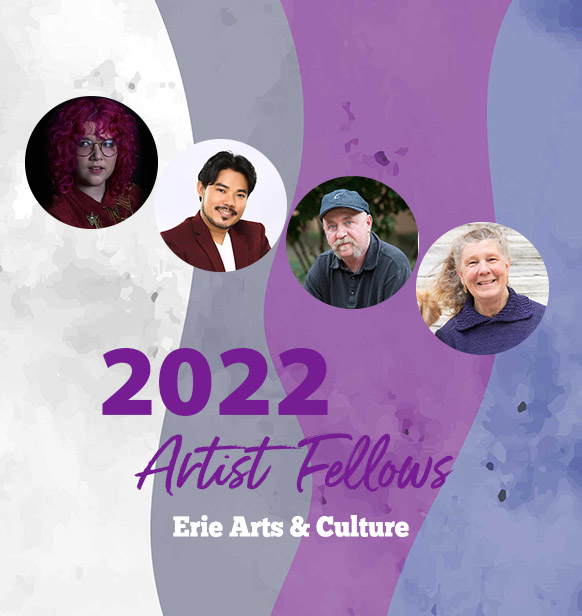 In 2016, Erie Arts & Culture made a commitment to make a greater investment in the artists living and working in Erie County by establishing the annual Artist Fellowship program. The agency saw a need to provide artists with funding, specifically unrestricted funding, that could be used by artists to delve deeper into their creative processes and assist them in their pursuit of artistic development and growth.

Each year, applicants are reviewed by an independent panel of subject matter experts from outside of Erie County to reduce conflicts of interest. This year, applicants included a wide array of visual, performing, and literary artists, and panel members met virtually from Pennsylvania, Kentucky, Florida, and California.

Award recipients this year include: 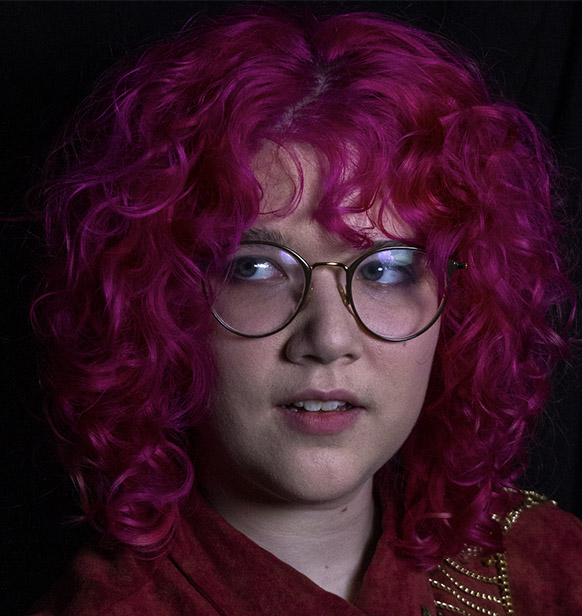 Britty’s work has been exhibited throughout the region and in Savannah, Georgia. Collaborations have included Erie’s Dramashop, for their production of The Curious Incident of the Dog in the Nighttime and Gannon University on their production of Trojan Women, Macbeth’s Sister Wyrd, and Twelfth Night. She also has collaborated with Dr. Gabrielle Dietrich on a live performance of Schumann and Chamisso’s Frauenliebe und Leben, which featured an experimental queued narrative video projection, noted as the third instrument in the performance. 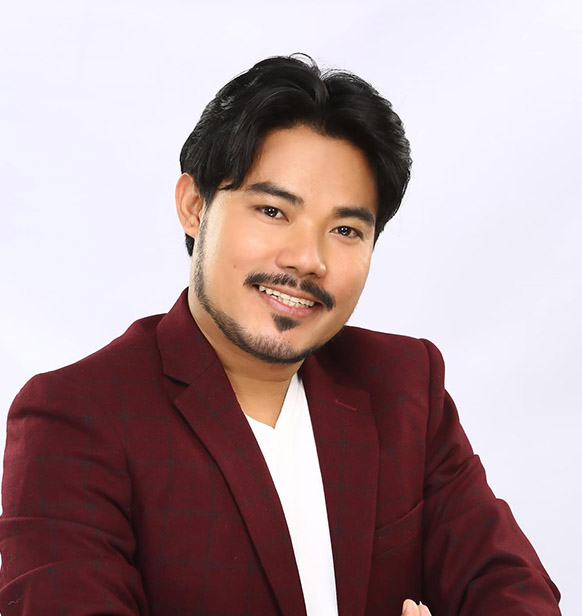 Gyan Ghising is a folk artist who specializes in the traditional dance and music of his native Nepali-Bhutanese and Tamang culture. Whether learning folk music traditions of the Tamang people from family during childhood to studying classical Indian singing and the folk music and dance traditions of the Tamang and Kirati while living in exile in a refugee camp, music is at the heart of his artistic practice. Gyan has worked to address community programs such as human trafficking, public health, and other issues through his involvement in music, theatre, and teaching. 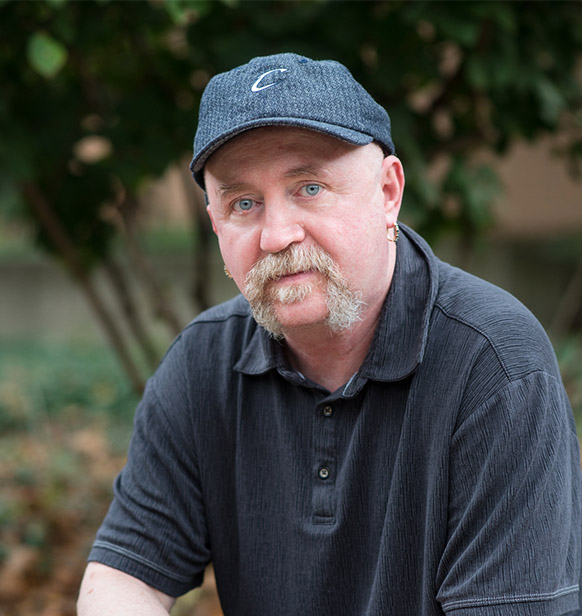 Sean Thomas Dougherty is the author or editor of twenty books including All You Ask for is Longing: Poems 1994-2014 (BOA Editions), and Sasha Sings the Laundry on the Line (2010 BOA Editions) which was a finalist for Binghamton University’s Milton Kessler Literary Prize for the best book by a poet over forty. His book The Second O of Sorrow (BOA Editions 2018) received both the Paterson Poetry Prize, and the Housatonic Book Award from Western Connecticut State University. His book Not All Saints, won the 2020 Bitter Oleander Library of Poetry Prize. His book The Dead are Everywhere Telling Us Things received the 2021 Jacar Press prize selected by Nickole Brown and Jessica Jacobs. Other awards include the Twin Cities College Association Poet in Residence, an appearance in Best American Poetry 2014, the 2021 Jack Grapes Poetry Prize from Los Angeles’ Cultural Weekly, two Pennsylvania Council for the Arts Fellowships in Poetry, and a Fulbright Lectureship to the Balkans.

Sean’s work as an editor includes the anthology Alongside We Travel:  Contemporary Poems on Autism published by NYQ Books. This anthology was the first literary anthology to engage the complicated disability of Autism. 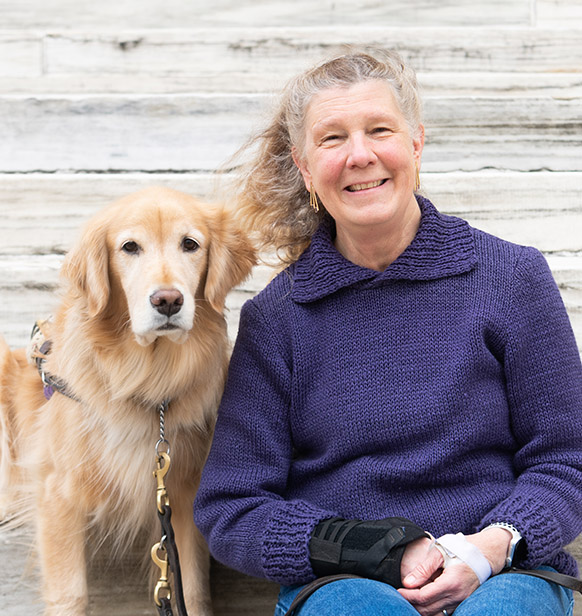 Passle Helminski graduated with a MFA in Weaving and Textiles from Edinboro University. She has exhibited in countless exhibitions both nationally and internationally, including Germany, Singapore, Sweden, Australia and China. She has taught at the Neighborhood Art House, has been an adjunct at Mercyhurst and Gannon Universities and was the Artist in Residence at the Cathedral Center, Erie, Pennsylvania.

She is the past recipient of two Mid Atlantic Artist Residences through the Mid Atlantic Arts Foundation at the Keystone Blind Association. She also received the Chautauqua Center for Visual Arts Award in the 47th National Exhibition of American Art, juried by Dr. Donald Kuspit, distinguished art critic. In 2005 she received a Kellogg’s Foundation Artist Residency and went on to receive three Pennsylvania Partner in the Arts Grants for the Neighborhood Art House in Erie, Pennsylvania in 2005, 2006 and 2008. She has also received numerous accolades from regional organizations including the Distinguished Alumni Award in the Art from Edinboro University in 2005, the Legend Art Award from The Boys and Girls Club in 2006, and Artist of the Year Award from Erie Arts & Culture in 2021.

Passle is an advocate for a National Service Dog Protection Law after working on a service dog protection law for PA. She serves on the following boards for people with disabilities: Erie’s Office of Vocational Rehabilitation, Children’s Advocacy Center, Erie County Elderly and Disabled ParaTransit Committee, Quality Assurance for ParaTransit, Mayor’s Round Table for People with Disabilities, Stroke Support, Stroke Boot Camp, and National Federation of the Blind (NFB).