Once a refugee himself, Maitham Basha-Agha’s passion lies in the stories others have to tell. Through the lens of his camera he captures the stories of Erie’s refugees, as well as the way of life of those in Ghana and Botswana. He believes he can change hearts and minds through the universal language of photography.

Maitham graduated from Edinboro University of Pennsylvania in 2010 with a Bachelor’s Degree in Criminal Justice. He worked in the Juvenile Justice System until 2014, and in May of that year he completed freelance photo journals in Iraq on refugees and anti-ISIS protests. 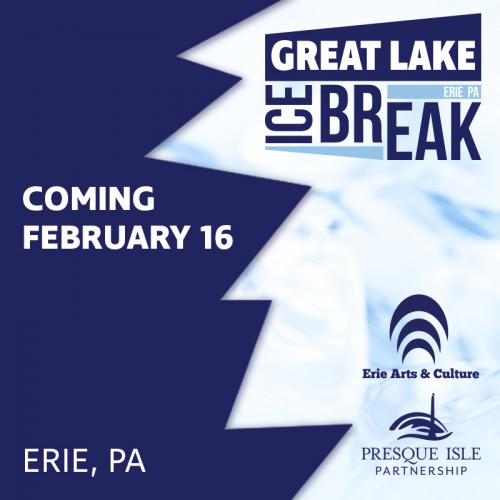 Inspired by the Nenana Ice Classic, an Alaska tradition since 1917, Erie Arts & Culture and the Presque Isle Partnership have joined forces to create the inaugural Great Lake Ice Break, a joint fundraising initiative that will preserve both Erie’s natural and cultural assets, as well as attract visitors to Erie’s Bayfront and Downtown. A kickoff event for the fundraiser will take place Saturday, February 16, 2019 from 4 pm – 7 pm at the Sheraton Erie Bayfront Hotel.