The Erie Asian Pacific American Association (APAA) and WQLN Public Media, Erie’s NPR and PBS affiliate station, invite you to watch “Asian Americans” on May 11th and 12th at 8:00 PM.

"Asian American" is a new five-hour film series from PBS that examines the lives and personal stories of what the 2010 US Census identifies as “the fastest growing racial/ethnic group in the United States.”  The film delivers a bold, fresh perspective on a history that matters today, more than ever. As America becomes more diverse, and more divided, while facing unimaginable challenges, how do we move forward together? Told through intimate and personal stories, the series casts a new lens on U.S. history and the ongoing role that Asian Americans have played in shaping the nation’s identity.

We encourage our followers to tune into the screening to learn about how Asian Americans have helped shape America - from the first wave of Asian immigrants in the 1850s to modern refugees - and get a new perspective on what it means to pursue the American dream.

The release of this series is timely. 2020 is a Census year, and the City of Erie and Erie County are working diligently to ensure a full count. You can participate in this year’s count by telephone (844-330-2020) or online. The current self-response rate in the City of Erie is only at 54%, with the response rate in Erie County at 63%.  And unfortunately, the majority of Census Tracts within the urban core are reporting only between 30 and 50%.  We need everyone living in Erie - every infant and child, college student and senior citizen, foreign and U.S. citizen - to be counted.

Erie Arts and Culture is a proud fiscal sponsor of the Erie APAA. The Erie APAA was also a recipient of Erie Arts & Culture's Diversity, Equity, and Inclusion Award. 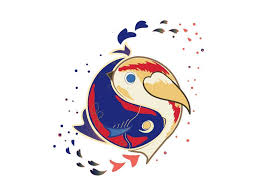