Born in Daraa, Syria, Mustafa Albalkhi was introduced to music at a young age, which inspired his lifelong love of sound. He has spent much of his life dedicated to the expression of song through his use of a beautiful instrument by the name of "Oud". This stringed instrument carries with it hundreds of years of tales of the Middle East, and the strum of each nylon string seeps into your soul. As Mustafa played for me, I began to hear the cries of untold Syrian tales, the laughter of the small children as they roamed the streets of villages, and other emotions that became hard for me to articulate. It's a privilege to have experienced this music from a talented artist who carries with him a lifetime of beautiful stories. In our interview, Mustafa enlightened me to his journey of resettlement on Erie soil, and how he's able to balance it while continuing to embrace his roots.

What does it feel like to represent Syria in Erie?

When I first came to America, I was making music for my friend. I also played at Mercyhurst University. Everybody here may not understand my language (Arabic), but they do understand my music. I now have 2 Oud. One is an old Oud and the other is new. The sound of the old Oud is the sound from my old country.

With you music, what stories would you like to tell?

Our music has an Arabic tone. With the semitones, we have more flexibility with the stories we can tell. It can be sad, it can be happy.

What stories of your home do you want to portray?

We have music for my culture. That's the old music. But, in my country, some people like sad and others like the happy music. Some people ask me to make music to help them cry. But, I can also make music that is happy.

What was your first impression of the United States when you arrived?

At first, it was difficult. I didn't understand the language. It took 7-8 months to start learning English. But, people were helpful and welcoming. People have been happy to hear my music.

Describe your time in the United Arab Emirates working in a music studio.

Do you still write about stories of pain that reflect the conditions of your home country?

Now, I make fast music. I don't live there anymore so I've forgotten those conditions. I now make music that is more popular and fast.

Would you like to open a music studio in Erie?

I would like to open a music studio, but I need money. Just to buy an organ would cost me $4800, I don't have that. Now, I make music in my basement. I did have the opportunity to perform at Erie Art Museum for 2 weeks. I was able to have fun and make money.

Do you feel that Syrian culture is well-represented in Erie?

It's not very organized here. I have a friend who helps me with resources. There's about 200 Syrian families here. Some think differently. Everyone isn't helpful. But, some are. After 1-2 years, we've been trying to make a space for the Syrian community.

What are your goals for the near future?

I have a goal with the International Institute to teach kids music from my culture. I've been putting a business plan together for that. In July, I want to start this. I also want to teach other Syrian people how to play music. I would like to teach people the Oud, but don't find that many people want to learn it. In the future, if my work is good, I would like to open a music and learning studio. 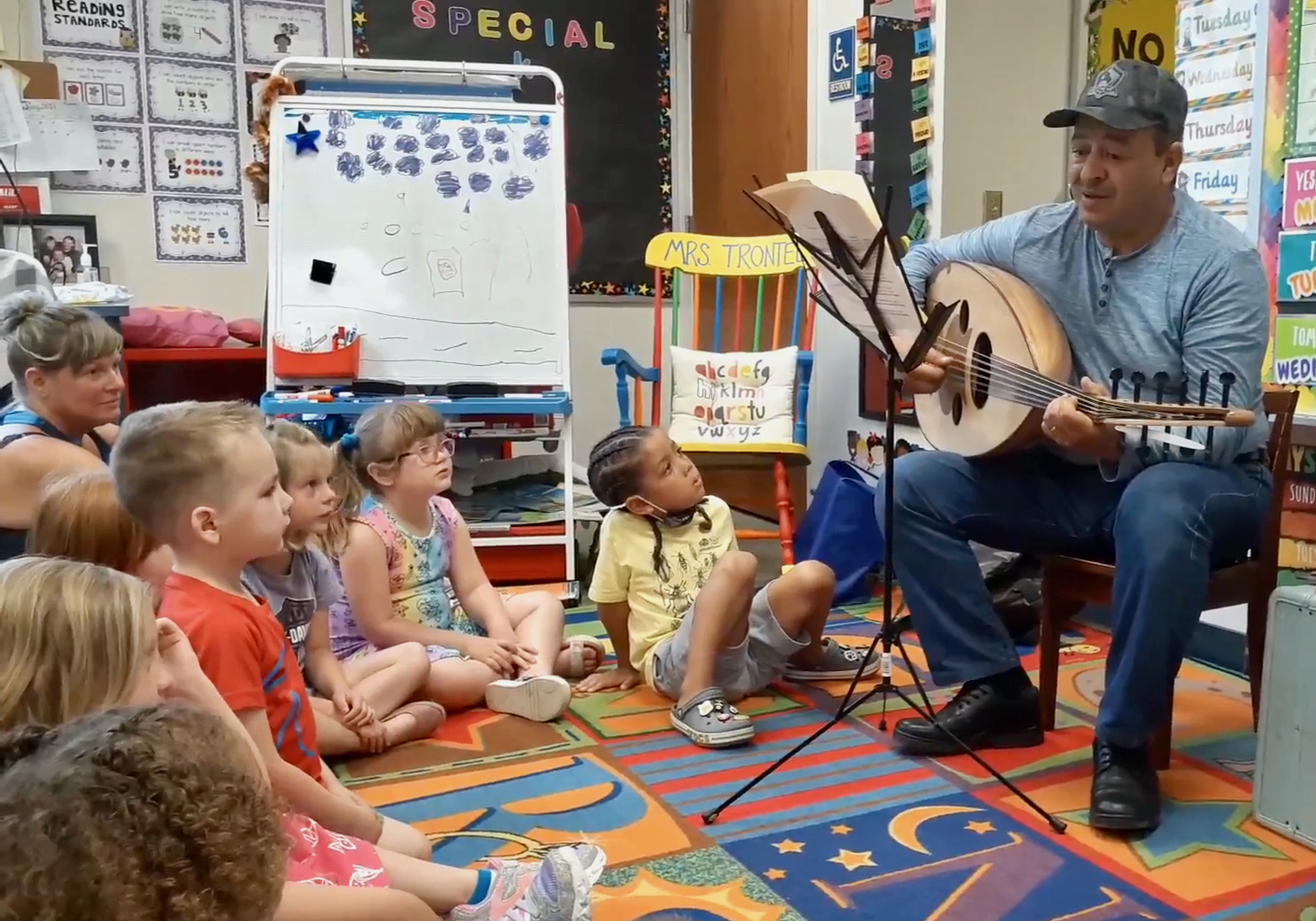 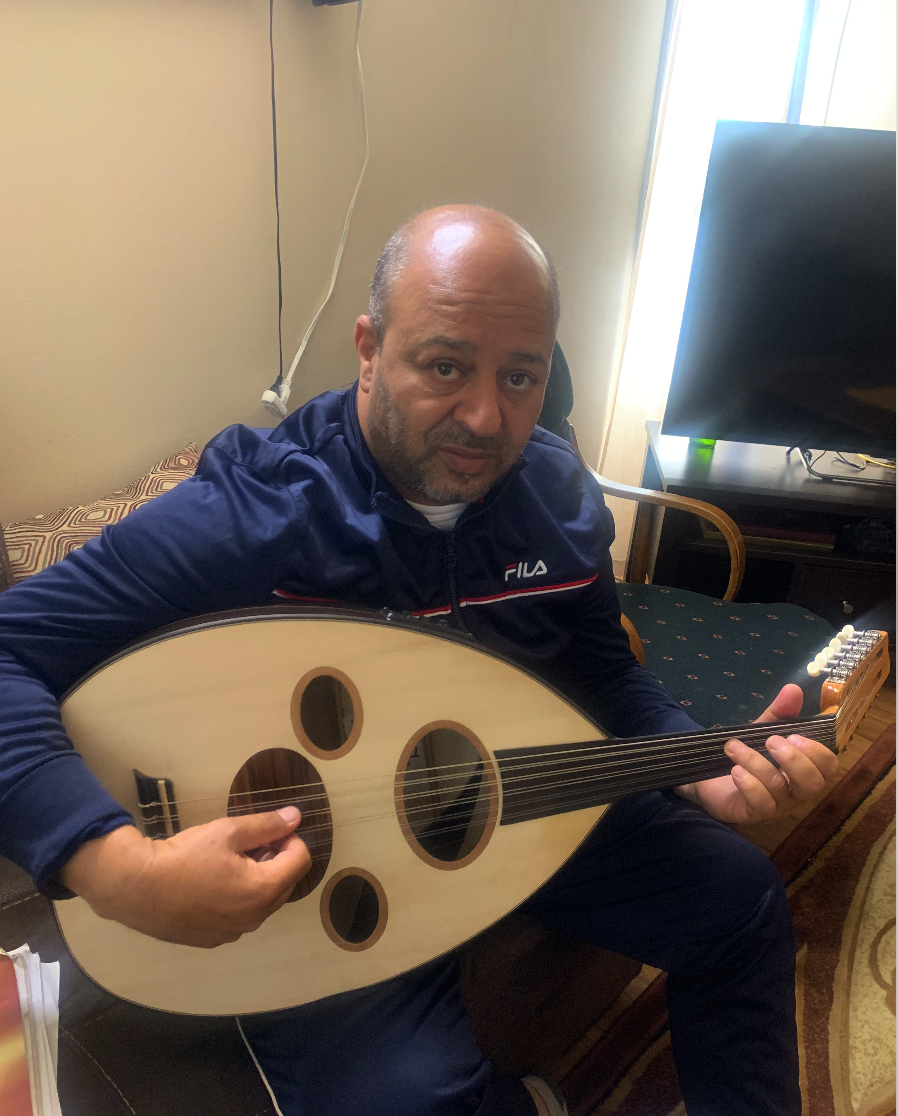