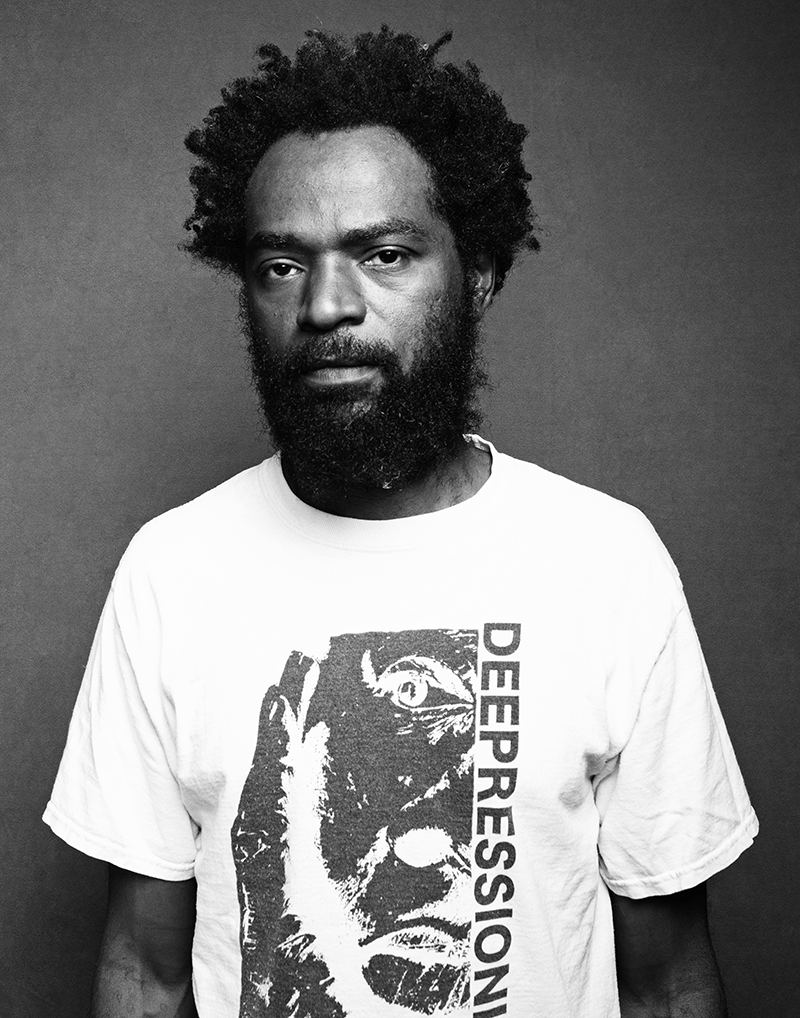 Whether we like it or not, we live in a time where overexposure to pain and angst has become a daily occurrence. Unless you’re living off the grid, you will have to learn to stomach stories from humanity that reflects its most tragic, most unfair, all wrapped in the glitz and glamour of photoshopped promotional pictures and well-crafted PR statements. If you’re not careful, you may consume the language of the pessimistic and operate from that energetic field.

At times, it’s hard to know when to not be aware, and maybe take a bit of a juggling act to stay sane, yet keeping one foot on the ground. Many may say that the most healthy way to process the chaotic world around us is through the language of Art. With no limitations, no rules, and no institution of “control”, Art is one of the final frontiers for raw Human expression. And, because of this, it should be protected at all costs. Art has become the voice of the underprivileged, regardless of medium. Where propaganda steers, Art releases and unshackles.

During my first week as a Marketing Associate with Erie Arts and Culture, I had the complete opportunity to meet and speak with Overstreet Ducasse. Immediately I was struck by his kaleidoscopic, ingenious, raw application of various fabrics, shapes, and textures to tell a story. Not specifically his story, nor anyones, but "A" story. He was able to capture my attention by his fearless, provocative Art. I found myself immersed in his processes, and it felt like a perplexing whirlwind of magic. I felt pulled in and also pushed away, I felt inspired yet inquisitive, and I felt empowered as well as intimidated. To call his work just simply “good” would undermine his capabilities grossly. I wanted to continue to dive deeper and get to the root of his audacity to be so loudly blunt. The artwork was refreshing, and truthful, and honestly it was like someone finally had the courage to just BE. And, I appreciate that. I even appreciate it more now.

Once in a blue moon, and only if you’re truly lucky, do you come across an artist that creates a work that seeps into your Soul in such a way that it inspires you to rethink what you thought you knew. An artist, who takes pride in their ability to deconstruct what we, as a society, deem as “safe”. With an ability to crash into your subconscious, leave a mark, and challenge you to do the same within your own life’s capacity.

Happily, I must say, I was that fortunate when I met Overstreet, who was Erie Arts & Culture’s visiting artist in residence for the month of March. I won’t say too much more, as I truly want his words to be the interpretation of his works, and his approach, that you receive. Within a span of 10 questions, I was challenged to ask myself, “As an artist, how can I be more like Overstreet?”.

When were you introduced to Art? And, what impression did it leave on you?

I was introduced to Art before the age of 6, which is when I moved to the States from Haiti. Where I come from, 75-70% of people are artists in some way. Many artists either sell their landscaping or wood carvings. In Haiti, they’re called “Haitian Naif”. It was all around me.

What's a work that has left a lasting impression on you?

Honestly, at first I had to skip this question! I’m not traditional, and never really connected to the idea of “a master’s work”. I’ve always been inspired by older and upper classmates in school, because they were right there and I could watch them grow and get better. But, if I had to choose..I would choose “Erased de Kooning Drawing (1953)” by Robert Rauschenberg. It’s not because of the art itself. It’s because of the artist’s audacity. He took a piece made by Willem de Kooning and erased from it. That was amazing to me. My piece, “D Kooning Eraced Cards” is based on my interpretation of that level of audacity.

What's one word you would use to describe your Art? And Why?

There’s a word, “griot”, and in South Africa they use that word to describe storytellers. Poets use it often. I feel that word describes my artwork because my artwork tells a very specific story at a specific time.

How do you feel that your works affect others?

I see tremendous effects. At my shows, I’ve viewed people displaying many emotions. It ruffles feathers. Some of my pieces have even been taken out of shows, and I’ve experienced censorship. Some of my shows have even been canceled. My works bring out intense responses.

Can you name one song that would inspire you forever?

Regardless of medium…. It's always  "Age of Aquarius" by the 5th Dimension. I’ve got future works already planned because of the way that song makes me feel. So far, 20 works in this “Age of Aquarius” series have been made.

Should Art have a limit or boundary? Why?

I don’t believe in my own artist's statement of "in art there are no rules, and that’s the number one rule". I don’t wanna ever dictate other artists. But, I do limit myself and I don’t wanna offend people that I care about. So, my final answer… no for people, and yes for myself.

How would you like to evolve over the next 10 years?

I would like to get out of my shell of seclusion and meet new people. I’m a very private person and I want to be more open. And, not just for the states, but for the world. I want to use social media more. Like, I have something for the world to see, but I tend to block it from the world.

How does your Art contribute to the human experience?

Every series is associated with the human experience. I tend to do period pieces. My artwork covers cultures, and sometimes those cultures clash. Once, I had a series on Supreme Mathematics, then I had another that was Muslim-based. I’ve had series on abomination and gay rights, Leviticus, and the Bible. My work sparks social conversation. I’m just expressing myself and exposing the hypocrisy behind it all. I think of it like this…on the Boat of Freedom, as soon as someone gets in that people don’t like, for whatever reason, the boat would never leave.

Does your Art define you? Or, do you define your Art?

I define my Art. I allow myself to be inspired by what others feel or believe, but I only take what's necessary. The artwork isn't personal, no matter what the topic, I attack it the best way possible.

Without Art, would you be able to feel fulfilled?

Probably….because life goes on. I feel that Art is in everything. I would find a different avenue in Art, like maybe I would be able to be a standup comedian. Maybe I would perform house repairs, which is a form of Art. But overall, I would definitely feel fulfilled. I would find a way to be artistic. 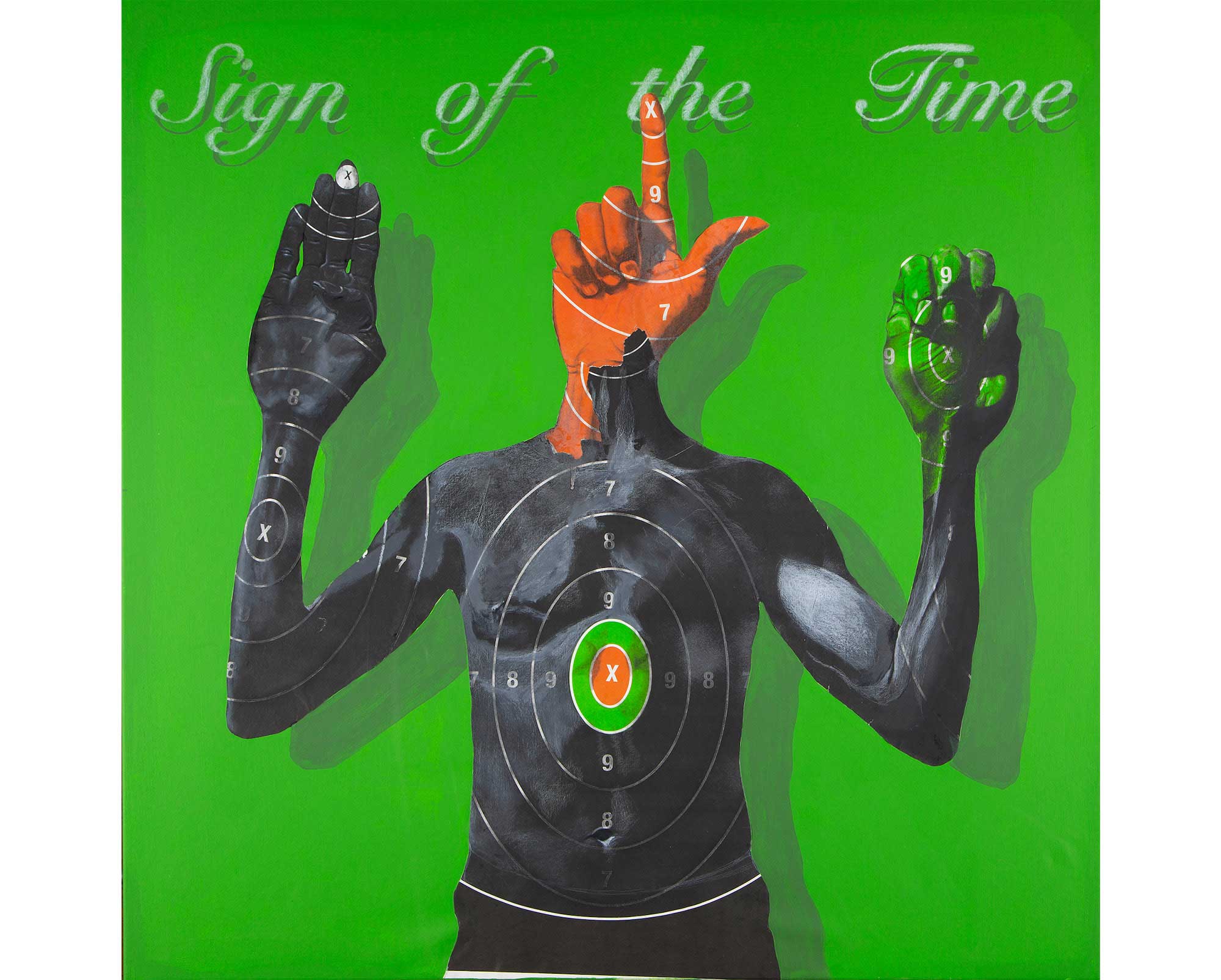 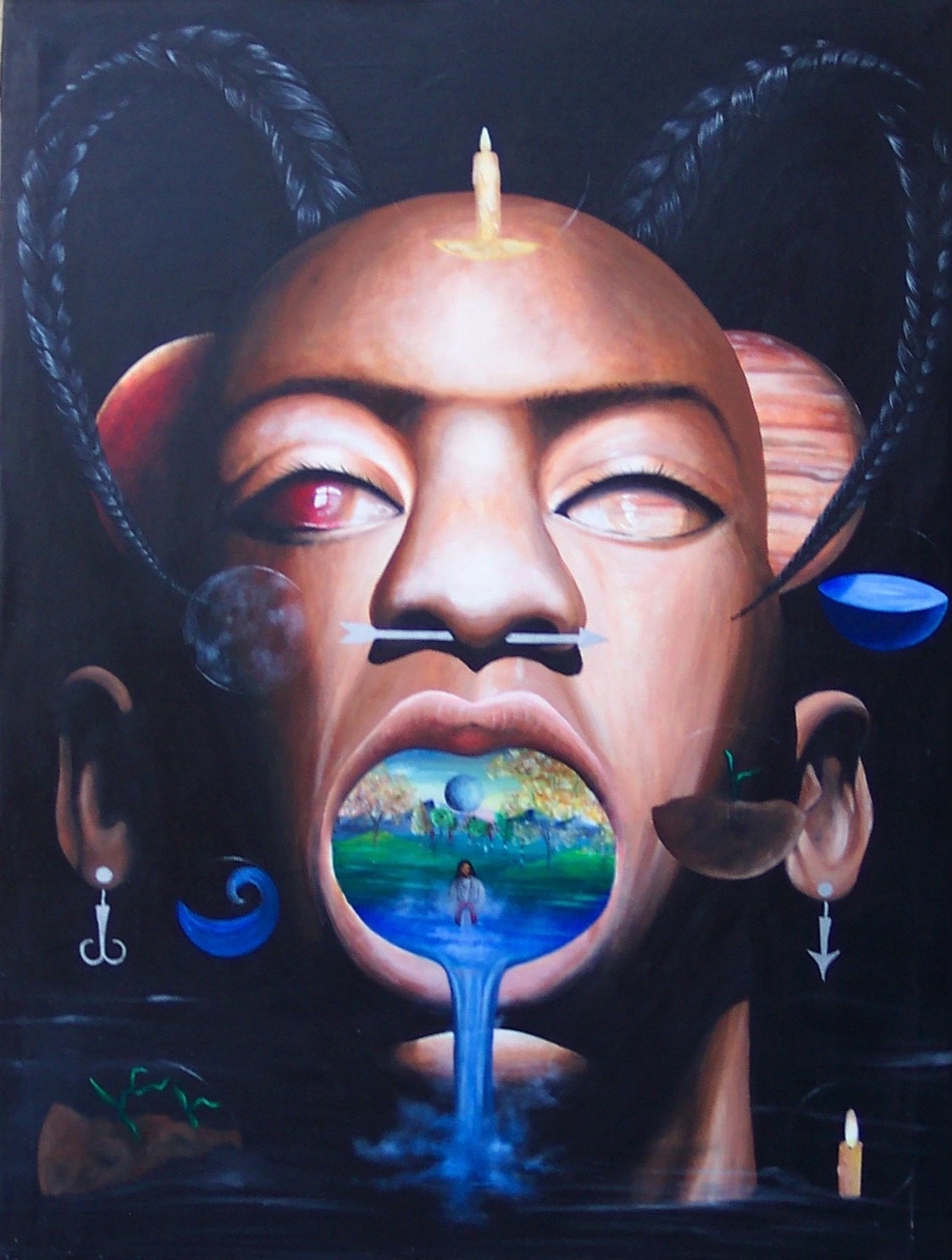 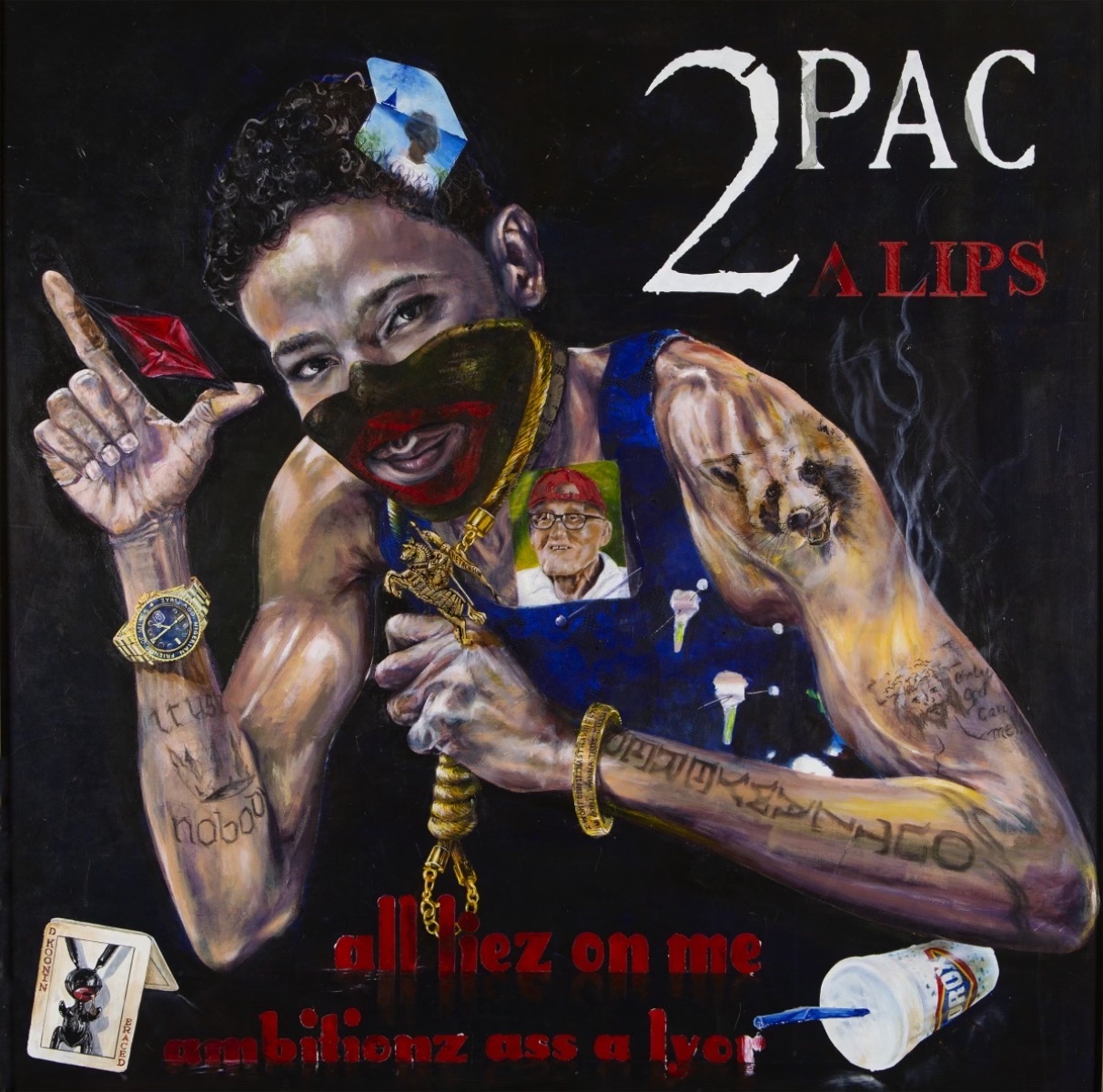 Acrylic and spraypaint on canvas 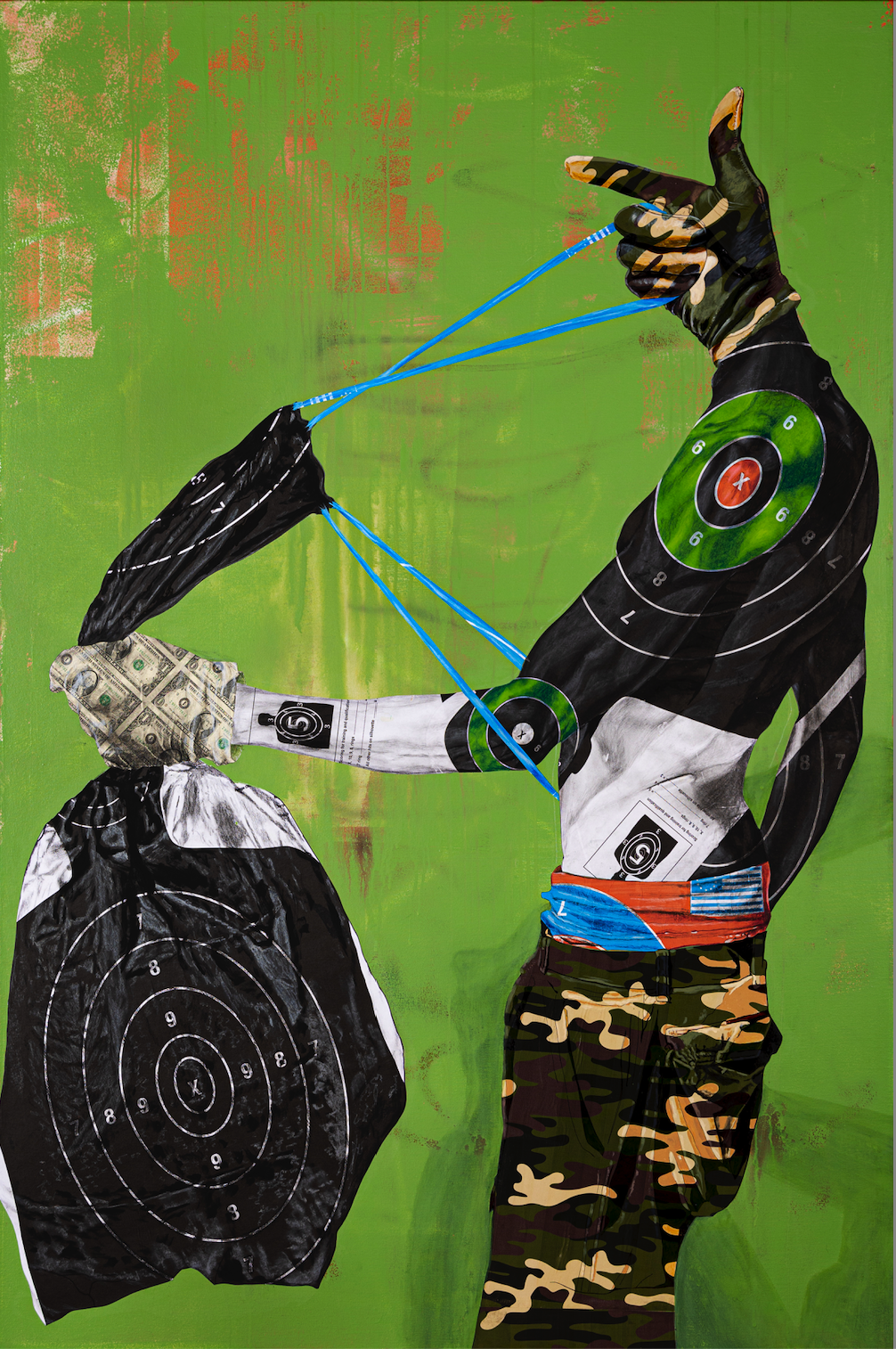 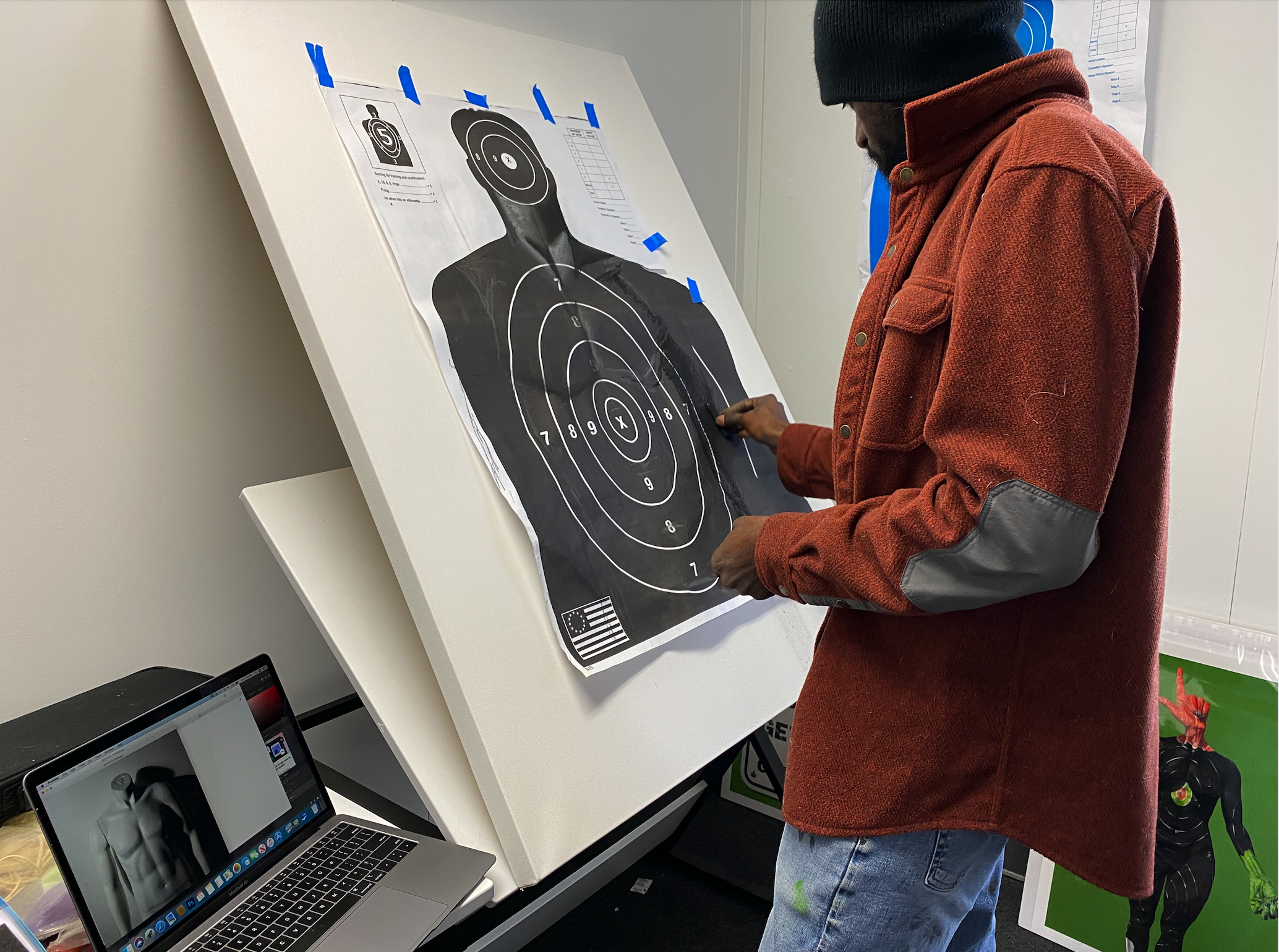 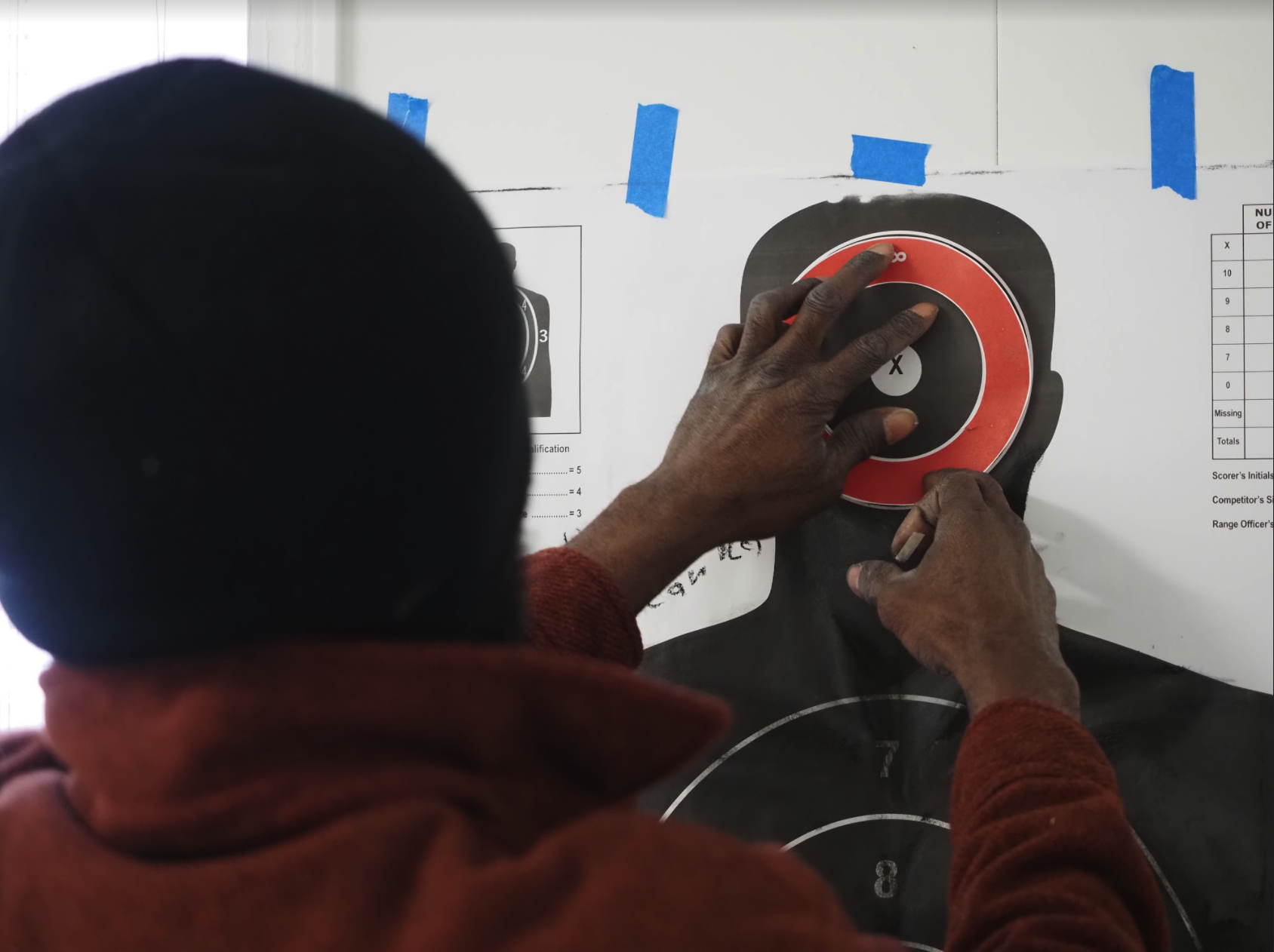 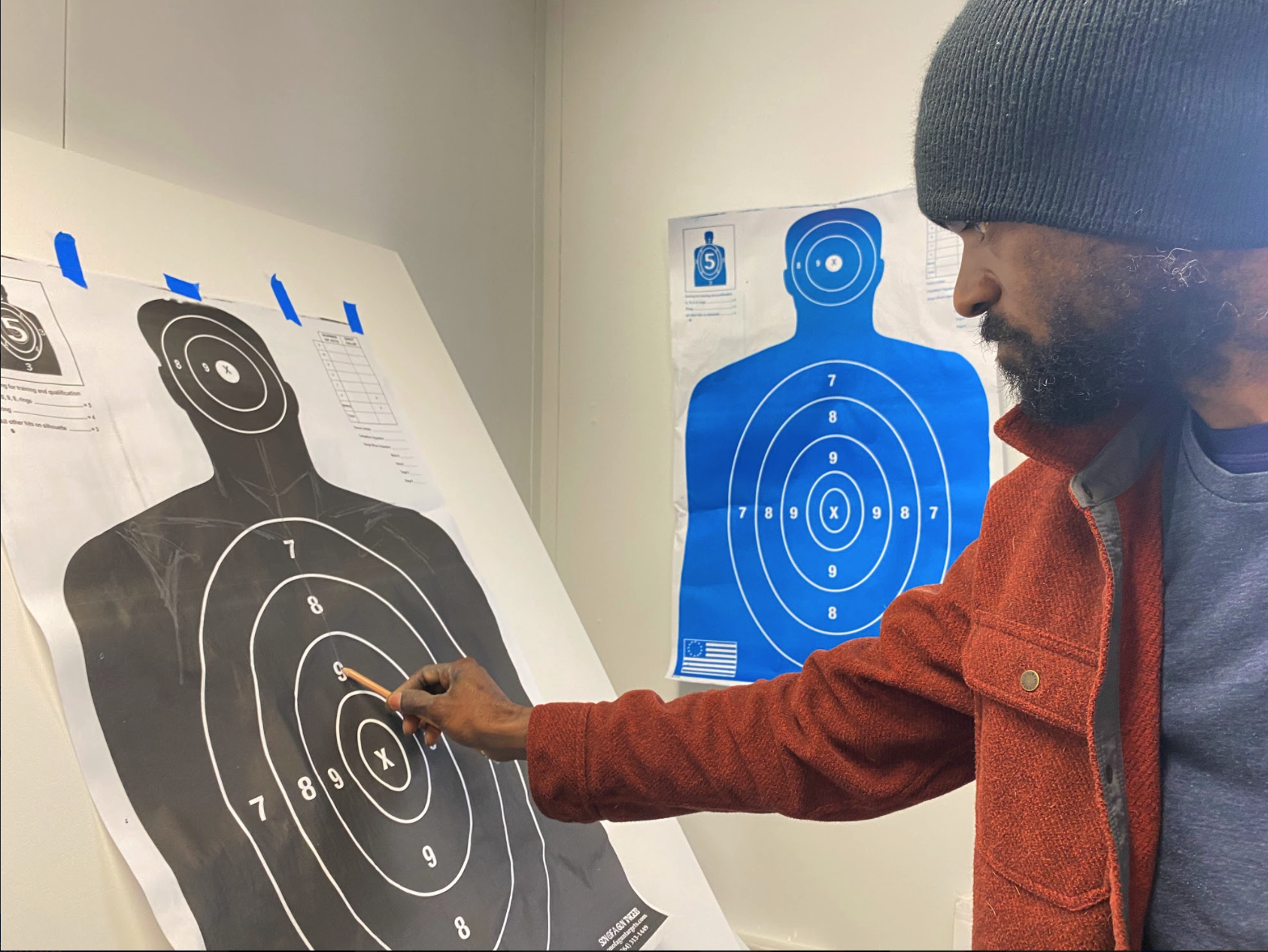