Artists and creative businesses in major metropolitan areas such as Seattle, San Francisco, Austin, Denver, Nashville, and New York City struggle to find affordable spaces to live and/or work. Though many artists and creatives have aspirations of making it big in these cities, the odds are stacked against them when you consider the high cost of living and shortages of space.

As property values continue to rise in major markets and space is leased or sold at a premium, it’s cities in the Midwest and Great Lakes regions that are garnering more and more attention from individuals and businesses in the cultural and creative economy. In the past 10 years, Rust Belt cities that thought their greatest days were behind them have experienced resurged optimism and built thriving neighborhoods and communities by attracting artists and creative businesses to areas where property is affordable and space is abundant. While the arts may not instantly replace the number of high-wage factory jobs lost in manufacturing, it does offer different types of benefits related to quality-of-life that can help reshape a community’s concept of prosperity. Additionally, the twenty-first-century economy is depending more and more on workers who earn their living through creativity and innovation.

Someone recently said that Erie, Pennsylvania has everything you want and nothing that you don’t. We have four seasons and an abundance of natural beauty that lends itself to a plethora of outdoor recreational activities. Within Erie County, we have a tremendous mix of urban, industrial, and rural spaces. Erie is also conveniently located in close proximity to Pittsburgh, Cleveland, Buffalo, Chicago, and New York City. Furthermore, we have infrastructures such as I-79, I-90, an international airport, and rail that conveniently connects us to these cities and beyond.

Within the City of Erie, you’ll find a historic performing arts center that’s home to a philharmonic orchestra, an art museum, a children’s museum, a playhouse and multiple community theatres, a history center, a maritime museum equipped with a tall ship, three amateur sports teams, an arena, a convention center, a public library that includes a makerspace, a zoo, public parks and green space, two state-of-the-art hospitals, and bayfront access. Within Erie County, you will find several highly ranked colleges and universities that place an emphasis on the pursuit of knowledge and reinforce lifelong learning. You’ll also find an amusement park and State Park that’s home to miles and miles of sandy beaches.

Tired of others complaining that there’s nothing to do in Erie? The above list proves that Erie offers an attractive mix of vibrancy, affordability, and accessibility. Try to find another city in the United States with a population under 100,000, or a county with a population under 300,000 for that matter, that can boast a similar menu of assets and attractions.

A city such as Erie can be especially attractive to artists and creatives who don’t necessarily need to live proximate to their customer base. Thanks to technological advancements and the decentralization of commerce, networking and transactions can take place through websites and on social media platforms. Small to mid-sized cities, such as Erie, that are experiencing a renaissance, of sorts, are also attractive to those individuals who are interested in being a part of building something new that will serve future generations in meaningful ways.

Are you looking for a studio space for your arts practice or an office for your creative business? Below are our top four choices for creative spaces that can be found within city limits: 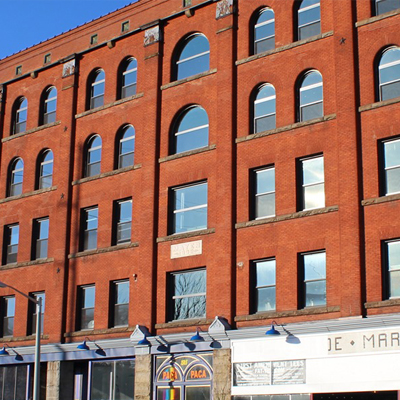 Don’t let the name fool you, this space is open to more than just performing artists. Within this five-story historic landmark built in 1899, you will find a black box theatre, a ceramics studio, and individual studios where artists of various disciplines take residence. Studio artists include marble makers, painters, filmmakers, photographers, knife makers, and more. 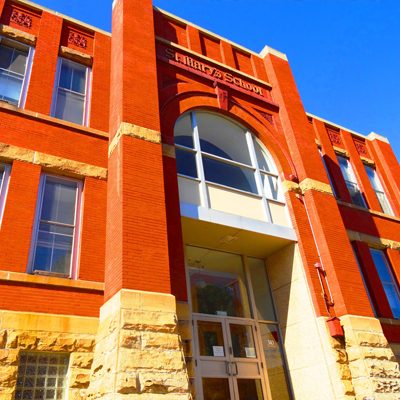 A former Catholic school, this historic building constructed in the mid-1800s became a dedicated community space in 2014. Studios are maintained by fiber artists, writers, photographers, filmmakers, painters, illustrators, and more. 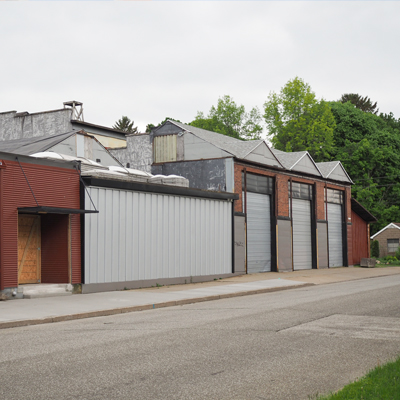 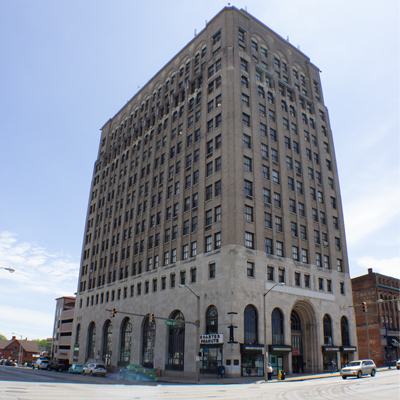 Constructed in 1925, his 198-foot art deco/renaissance revival skyscraper is located in the heart of Downtown Erie. It offers tenants custom designed suites ranging from 100-10,000 square feet. Within the building, you will find the highest concentration of creative industries in Erie. Tenants include web developers, graphic designers, photographers, filmmakers, animators, video game developers, and independent publishers. It is also the location of Radius, Erie’s first co-working space.