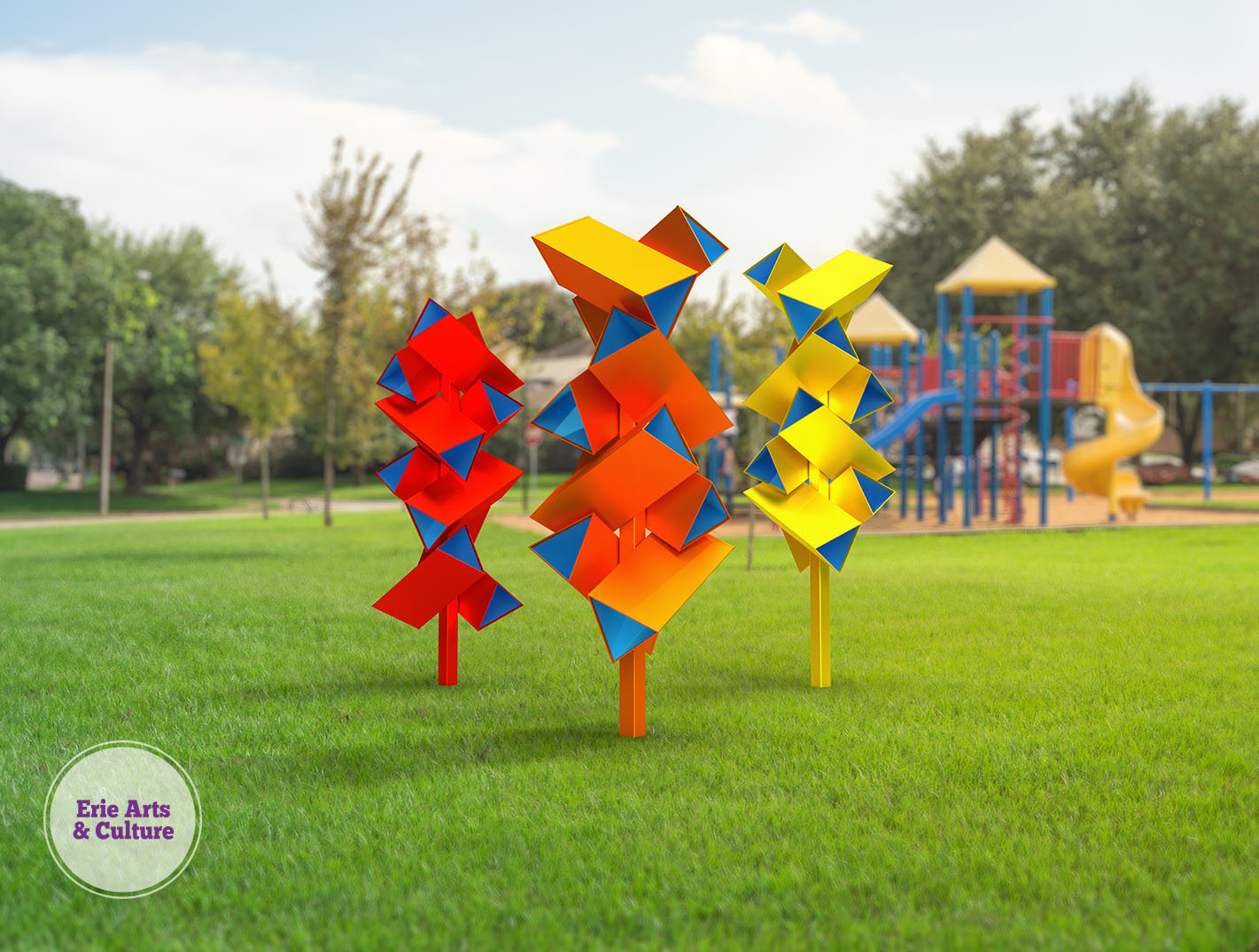 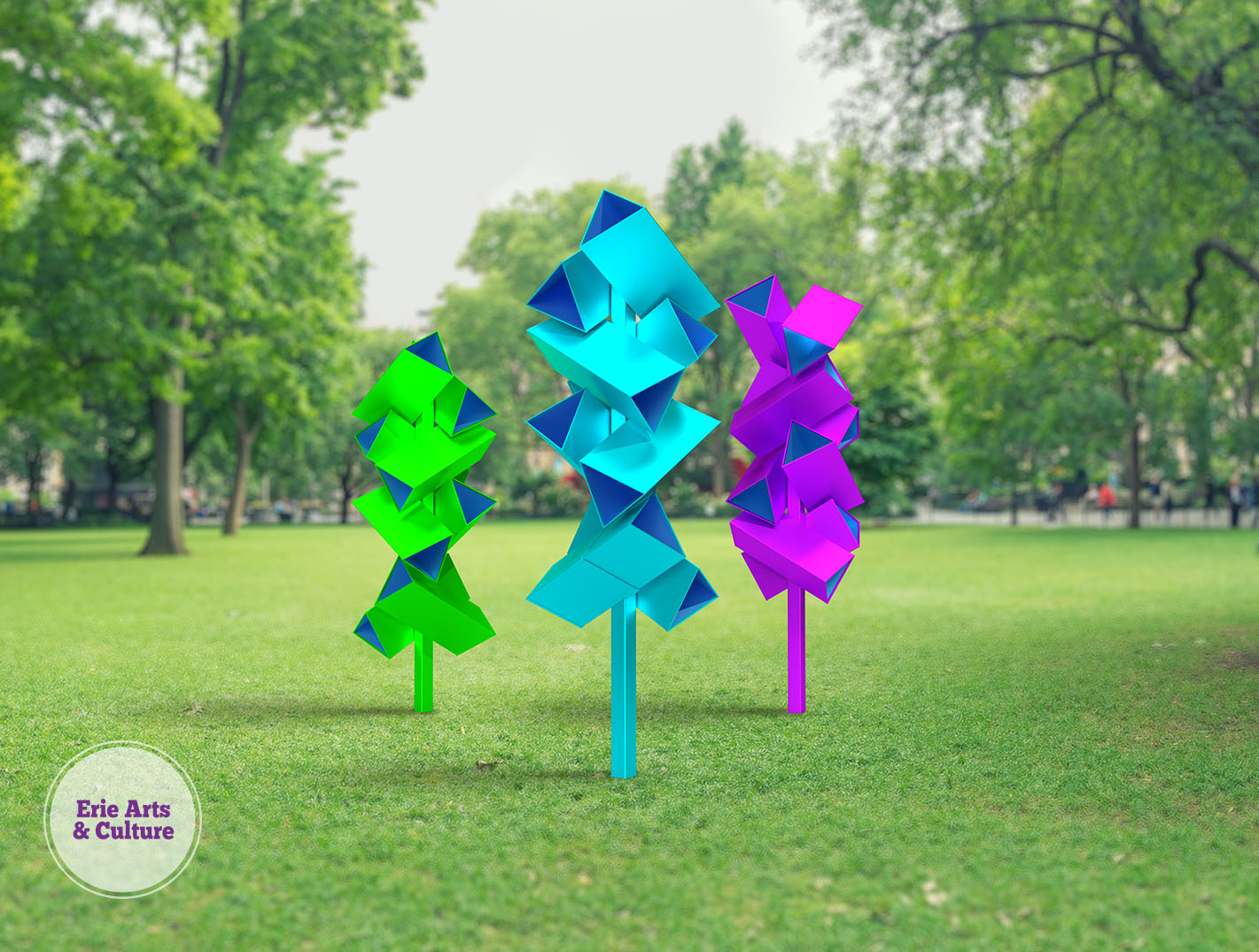 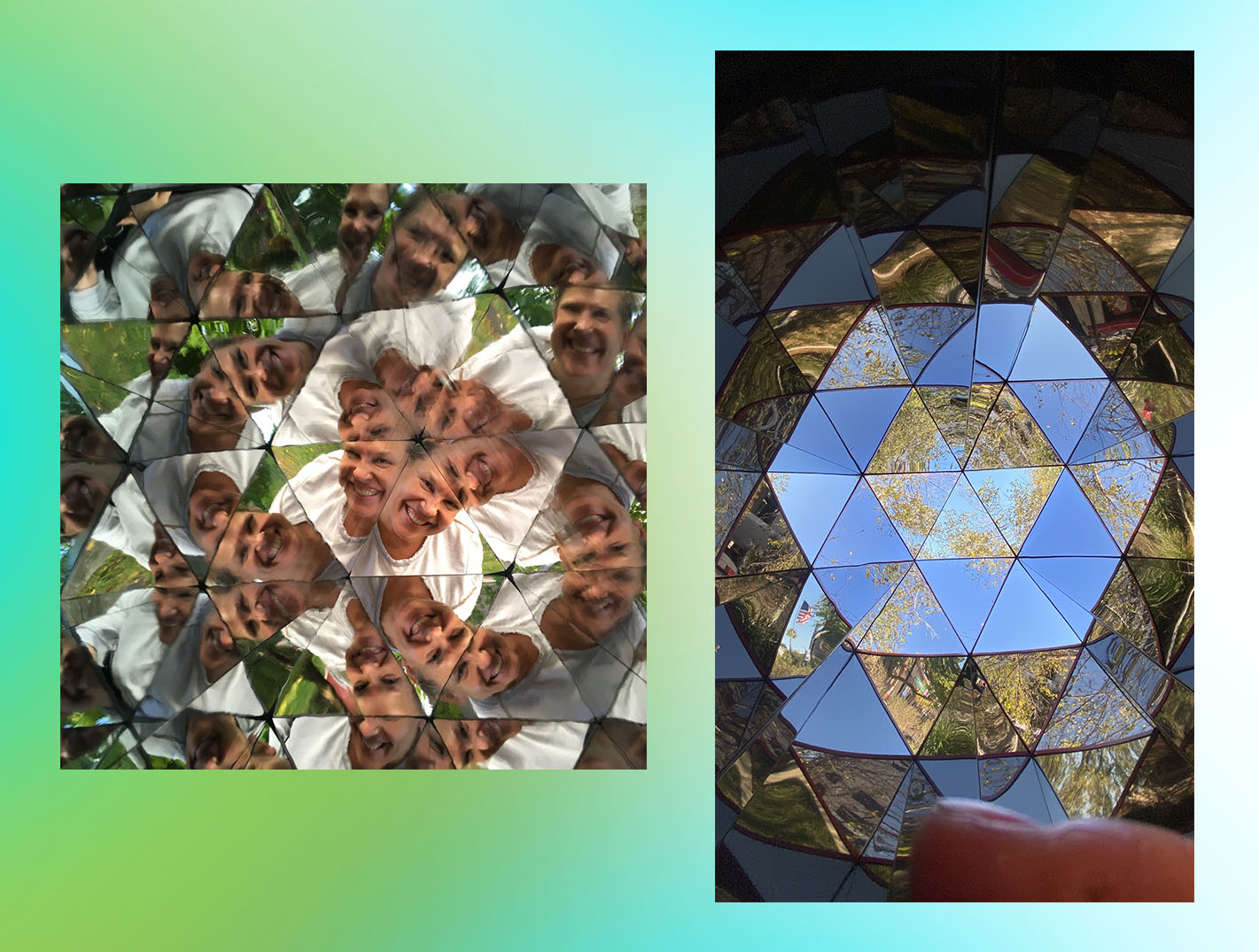 Sculptures are an outcome of EAC's Creating with Community initiative.

Erie, Pennsylvania: Since 2019, Erie Arts & Culture has funded, collaborated, or consulted on 19 public art projects within the City of Erie, resulting in 56 new pieces of artwork installed in Erie’s urban core in less than three years. Another set of sculptures is now slated to be installed in the late fall of 2021.

Kaleidoscope Grove is a collaborative project between Buffalo-based sculptor Shasti O’Leary Soudant and Erie-based pinata artist Esther Ortiz. The duo were paired together in 2020 through Erie Arts & Culture’s Creating with Community program, which was funded by Erie Insurance and the Pennsylvania Department of Community and Economic Development through the Neighborhood Assistance Program. The artist team led community listening sessions to help inform both the design and functionality of their public art, as well as receive suggestions for installation sites. The fabrication of the sculptures is being supported by a Shaping Tomorrow grant from the Erie Community Foundation, which Erie Arts & Culture was awarded in 2019.

The proposed locations for the set of sculptures include Gridley Park and Nate Levy Park. Erie Arts & Culture has worked closely with Our West Bayfront and the Bayside East Side Task Force to engage neighborhood stakeholders.

Comprising two sets of three sculptural interpretations of trees roughly 6’-7’ tall, Kaleidoscope Grove is a functioning collection of vortoscopes -  a tube of three mirrored surfaces held in front of a lens that reflects and fractures an image. Each tree is pointed along eight different axes, allowing people to see a multiplicity of different views of the surrounding environment, as well as each other. Images reflected through the vortoscopes will be viewed in infinite reflection.

Each tree is powder-coated in a brilliant color to allude to the vibrancy, diversity, and liveliness of the communities surrounding the installation. The sculptures will provide excellent opportunities for the public to enjoy the unique perspectives it provides, serve as a social media photo opp, and a site for individuals of all ages to learn about the science behind the sculptures.

The sculptures will be sturdy, durable, easily maintained, will not block pedestrian traffic, and will be spaced sufficiently far apart to allow for ADA Compliance. 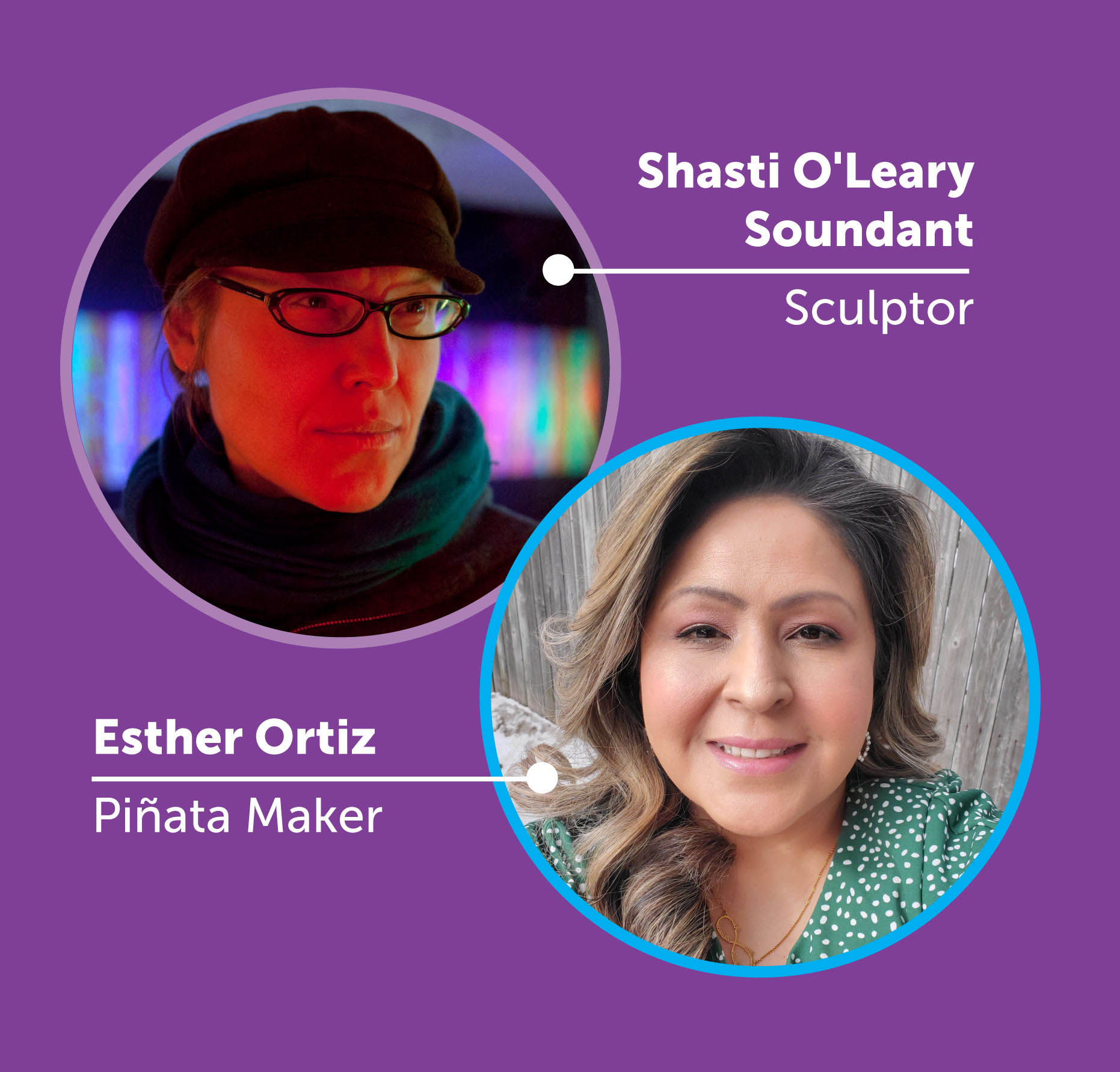 Shasti O’Leary Soudant attended School of Visual Arts, New York, NY, received her BFA with honors in Sculpture and Photography from Purchase College, State University of New York and completed her MFA in Visual Studies at the University at Buffalo.

Shasti is a transdisciplinary artist, designer, and writer. In her art practice, she uses a wide range of media and material to create immersive experiences that concern perspective, hidden forces, randomness, iterative systems and transformation, in an attempt to initiate meaningful engagements with the public.

Her work is in the collection of the Albright-Knox Art Gallery, and she has been commissioned to create public art by the City of Toronto, the Savarino Companies, The Albright-Knox Public Art Initiative in partnership with the NFTA, the Roswell Park Comprehensive Cancer Center, and the City of Jacksonville, Florida.

Esther was born in Fresnillo Zacatecas Mexico and spent most of her adolescence in California with her parents and eight sisters. Her passion for art developed at a young age and later became an outlet for her love of crafts. Esther was heavily influenced by her large family and often constructed gift boxes and other types of crafts to occupy her younger sisters and herself. Coming from a large family, she lived modestly but did not let that limit her art; instead she chose to thrive from the lack of materials readily available to her.

Today, Esther is the founder and sole creator of her pinata shop. Esther combines many mediums into her current work, working away for hours on any one of her creations. Esther’s love of family that led her as a child to care for her sisters has grown into a passion for making others happy through her art. She gets her greatest satisfaction from the impact her art has on the people who experience it.

“I began creating piñatas after being inspired from a trip I took to Colorado. In Colorado there is a large population of Mexican Americans who brought with them a lot of their culture. I saw a wide variety of piñatas hanging on display and that’s when it struck me to make one myself.”

“Creating piñatas is not just about how they look and what you see; it has come to mean so much more to my life,” Esther said. “To me piñatas signify innovation and celebration. What I try to express through my work is creativity, but most importantly, that there are no limits when you have a will to create something. My piñatas have come to represent independence and courage to try new things.”