Found And Not Lost : Opens October 15

FOUND AND NOT LOST

Erie Arts & Culture and 1020 Collective will collaboratively present a visual art exhibition featuring mixed-media works by artists Ron Bayuzick and David Bordett. The exhibition opens on Friday, October 15, which also marks the return of the Erie Art Museum's Gallery Night. Be certain to include the opening reception for this exhibition as part of your Gallery Night itinerary. 1020 Collective, one of Erie's newest event and exhibition spaces, is located at 1020 Holland Street.

David Bordett served as Erie Arts & Culture's visiting artist in residence during the month of June. Works featured in this exhibition were all created during David's residency. EAC's residency program is funded with a special grant from the Erie Community Foundation. Through this initiative, EAC brings contemporary artists from around the world to Erie, Pennsylvania for short-term residencies lasting 3-4 weeks in duration. During that time, artists are provided with dedicated time and space to reflect, research, and create new bodies of work – outside of their usual environments. This program also creates opportunities for new perspectives and creative processes to be shared, which in turn positively impacts the cultural and creative landscape in Northwestern Pennsylvania. David's work was created during his time in residency and was created at the Sculpture Barn of Edinboro University of Pennsylvania.

While in residence, David developed a kinship with Cambridge Springs-based sculptor and painter Ron Bayuzick, who is well known throughout this region for his abstract paintings, tinscapes, and found object sculptures. 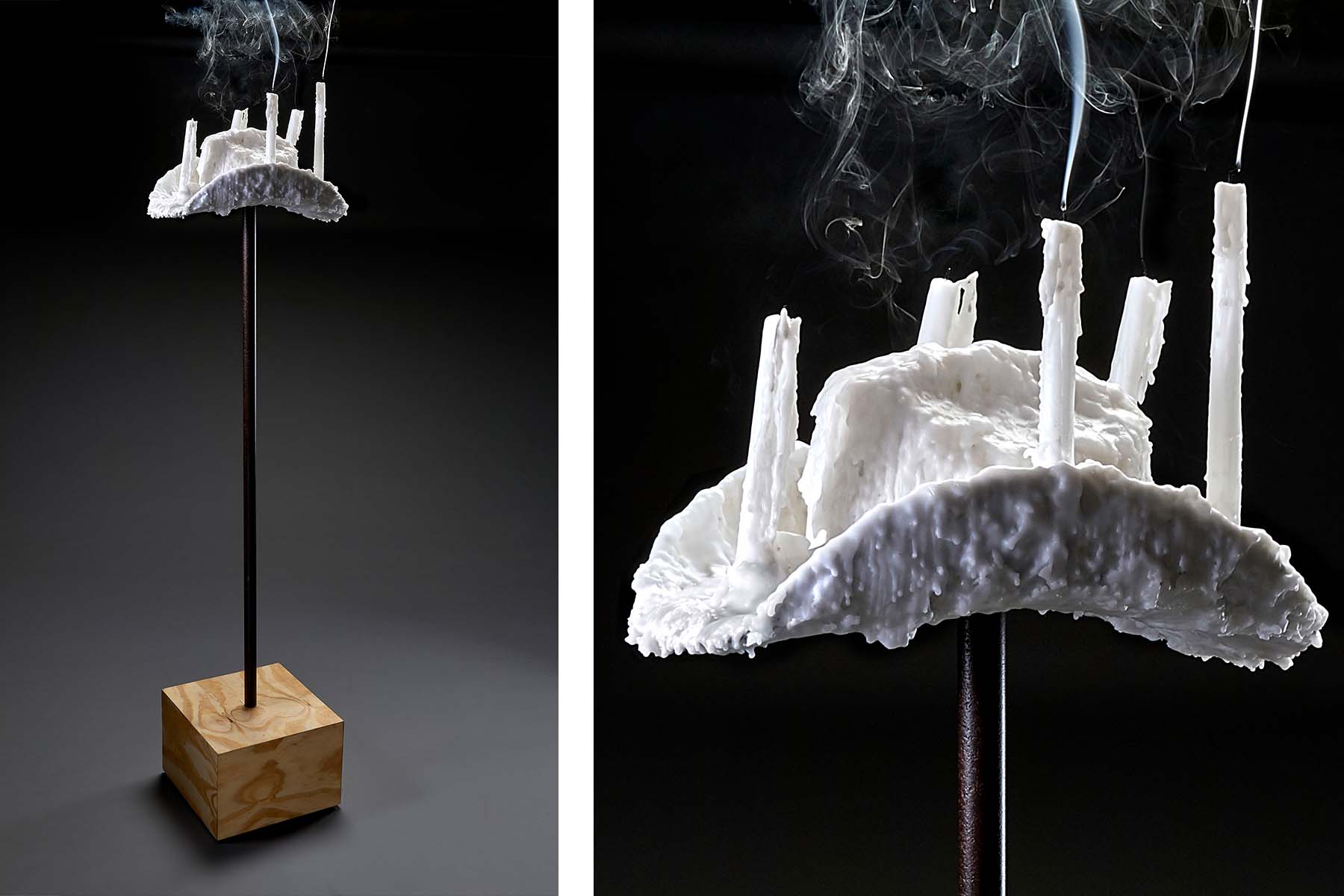 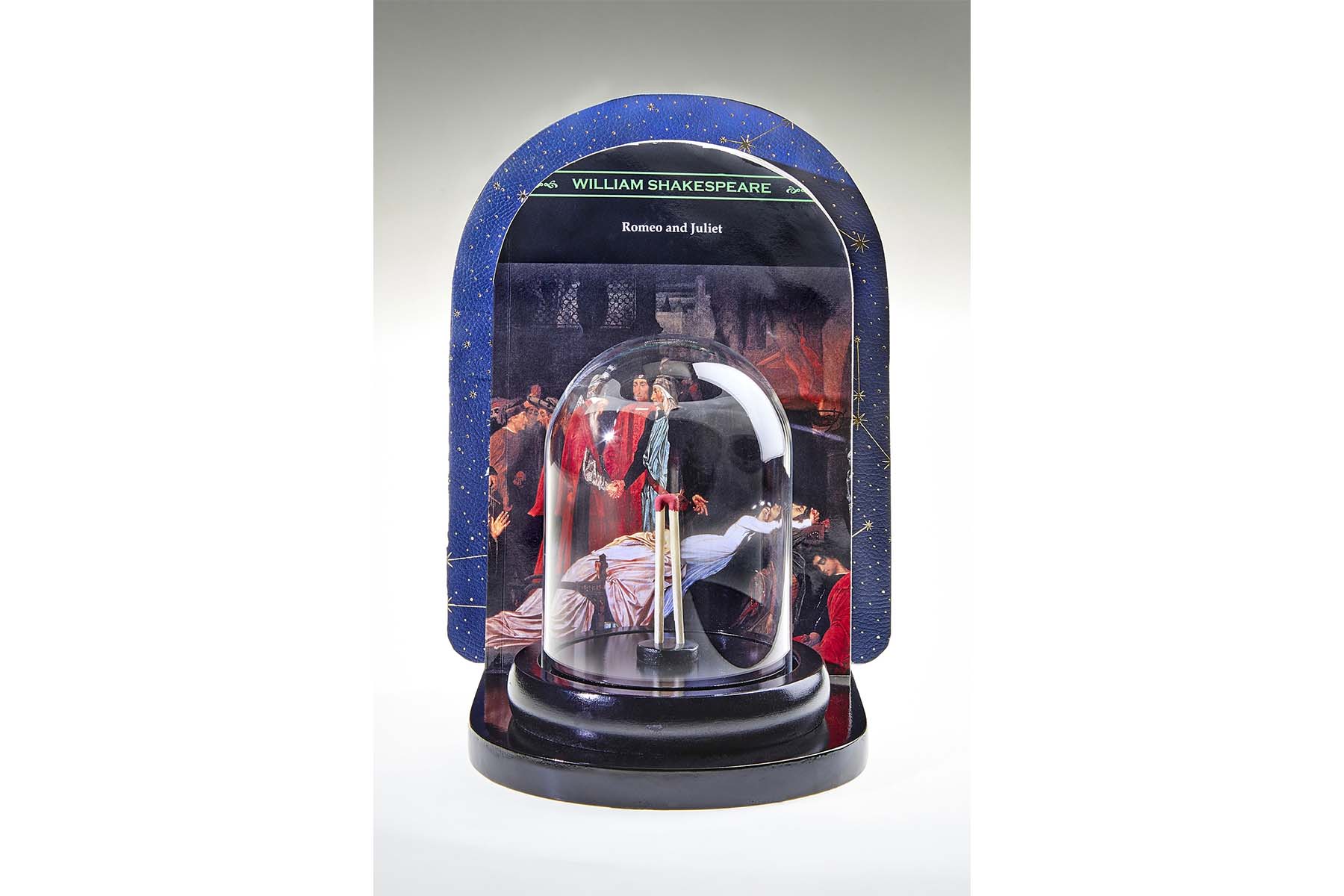 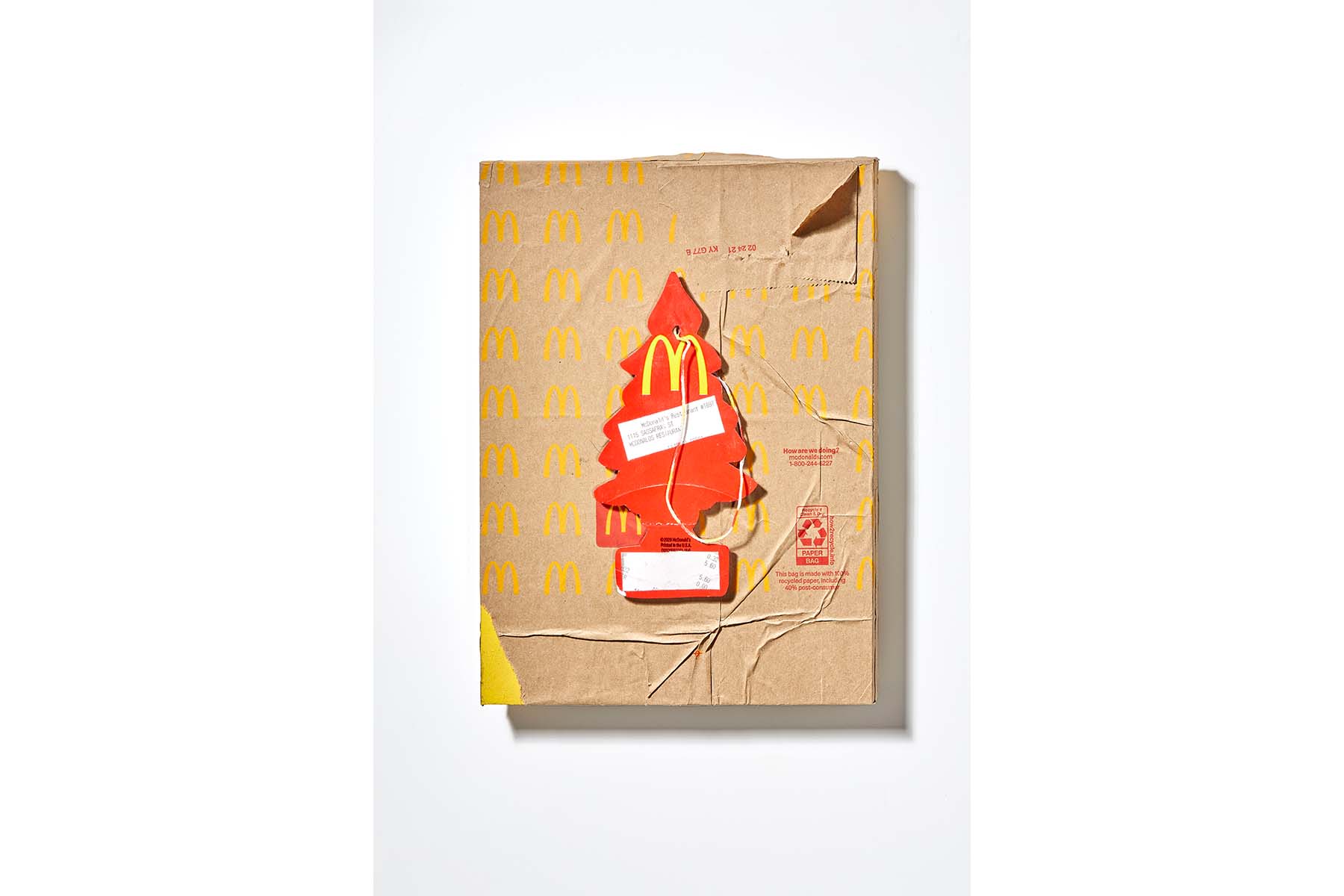 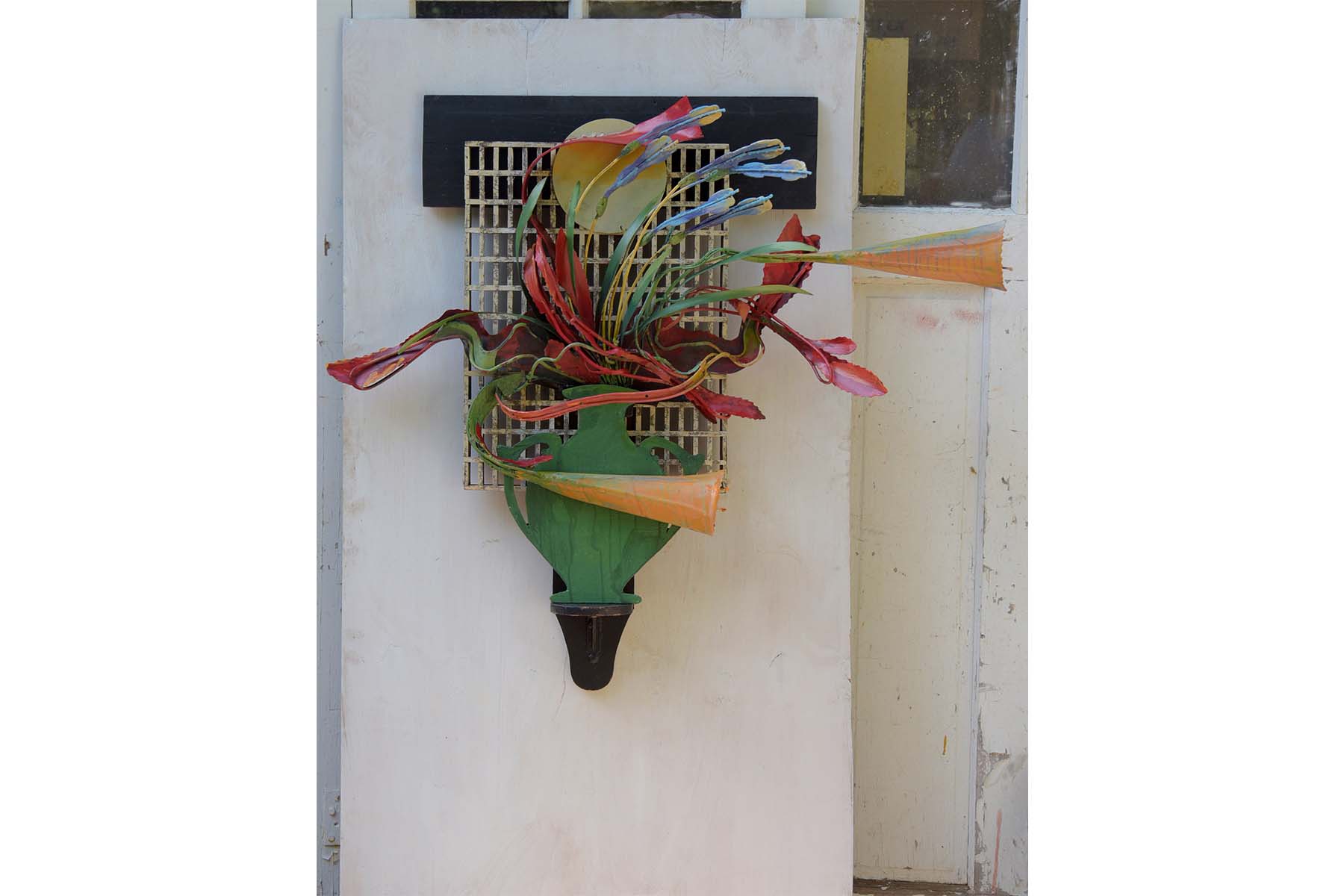 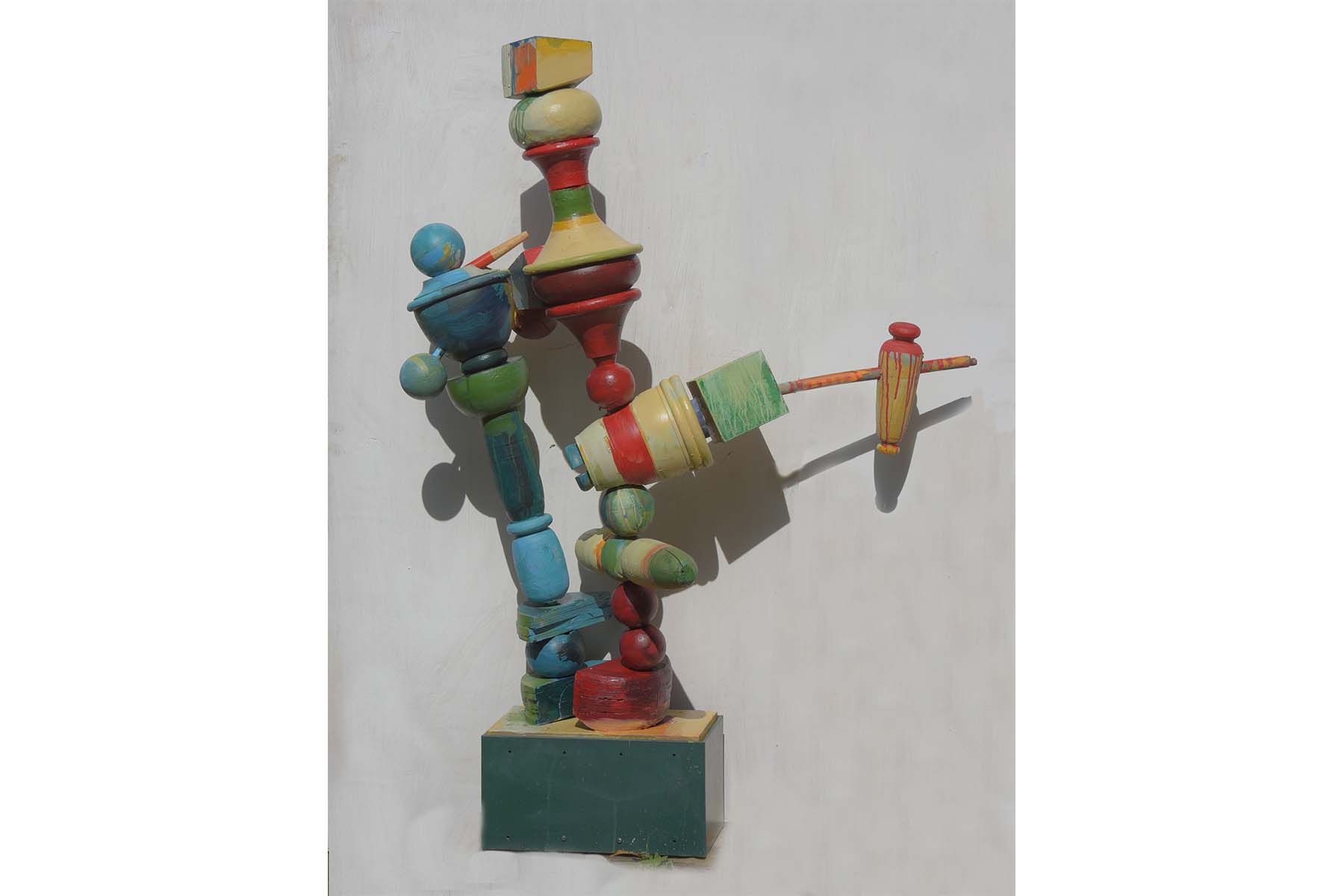 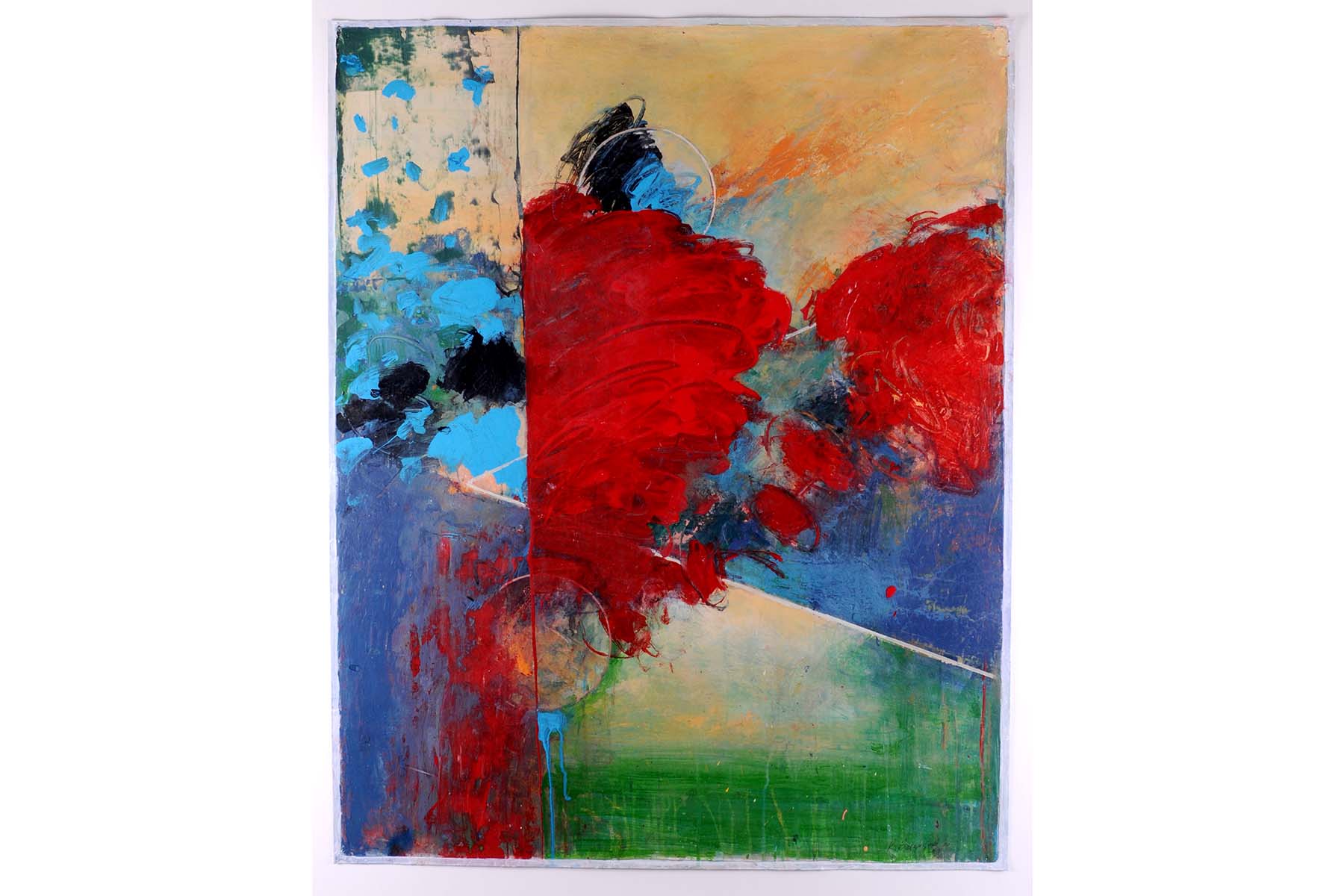 David's work is process-based and often draws from regional histories, lore, and cultural forms that are unique expressions of the local people and their ways of life. While in residence he plans to explore and familiarize himself with the different facets of the Erie area including the history of industrial production, railroads, and the craft traditions of Pennsylvania Dutch communities. These experiences will color and influence the forms and nature of projects created while living and practicing in Erie.

David was born in 1991 in the Shenandoah Valley in southwestern Virginia which is flanked by the Blue Ridge Mountains to the east and the Appalachian Mountains to the west. He spent the entirety of his youth in a 200-year-old log home nestled in the small town of Fincastle where he was surrounded by his father's eclectic collections of primitive American furniture, ceramics, toys, and folk art acquired at farmhouse auctions and estates sales. In 2009 he moved to Richmond, Virginia where he would study and receive his BFA from the Department of Sculpture and Extended Media in 2013. In 2015 he loaded all his worldly possessions into a truck and moved to New Orleans, Louisiana where he reestablished a sculpture practice in a home studio underneath a shotgun house in the St. Roch neighborhood. After a severe summer storm exacerbated by the failure of 3 of the 5 major pump stations that keep New Orleans dry much of his studio was damaged or destroyed in the resulting flood. He again packed up his truck and moved to Brooklyn, New York in late 2017 where he lived and worked until March 2020. In early March David was notified of his acceptance into the Graduate Sculpture Department at Yale, and a week later Covid-19 shut down all five boroughs of New York City. After making a decision to defer the start of graduate studies for one year he has been sequestered back in Fincastle, Virginia, and anticipates moving to New Haven, CT in early fall 2021 to begin work on his MFA in the Yale Sculpture Department.

Born in 1943 in Pittsburgh PA, Ron Bayuzick spent much of his youth taking art classes at the Carnegie. Visiting the art museum with his parents inevitably led to a lifelong career in art which ultimately led to an undergraduate degree in Arts Education from Edinboro University and a Master of Fine Arts from Kent State. Following his graduate work, Bayuzick spent 30 years as an art teacher at Stow High School in Ohio. After retiring, he then continued working as a teaching artist through Erie Arts and Culture, artist in residency programs and making sculptures for community-based projects. He continues to exhibit his work in local galleries.
His paintings can be found in several permanent collections, notably Erie Insurance, PNC, and Mercyhurst University as well as many private collections . His sculptures are also included in Erie’s Bayfront Convention Center, the Erie Art Museum, the Community Arts and Industry project at The Lovell Place in Erie and on West 12th Street. The mural at the Pontiac (baseball) Field in Bayview Park is just one of his most recent endeavors.
At 77, Bayuzick continues the pursuit of participating in community public art projects and contemplates every opportunity presented to him.