Giving and Receiving Feedback: Tips for Artists and their Collaborators

Erie Arts & Culture invites you to join us for a PRO Network webinar on Oct 27 at 6 PM on Facebook Live and Zoom. Beehive Dramaturgy Studio will present a webinar about giving and receiving creative feedback.

Whether you’re an artist, producer, audience member, or anyone else involved in a creative process, at some point you’re likely to find yourself on one side or another of a feedback session. For many artists, having audiences and observers reflect back to them what they have experienced is useful, but how do you elicit and parse those candid comments? And for those offering feedback, how can you utilize your experience of the work to best support the artist in achieving their vision? Beehive Dramaturgy Studio cofounders Molly Marinik and Jeremy Stoller offer some tips for how to make the most of feedback, including starting things off, developing a shared vocabulary, and approaching feedback in various collaborative contexts, so that everyone is moving forward together in the most productive and seamless way possible. 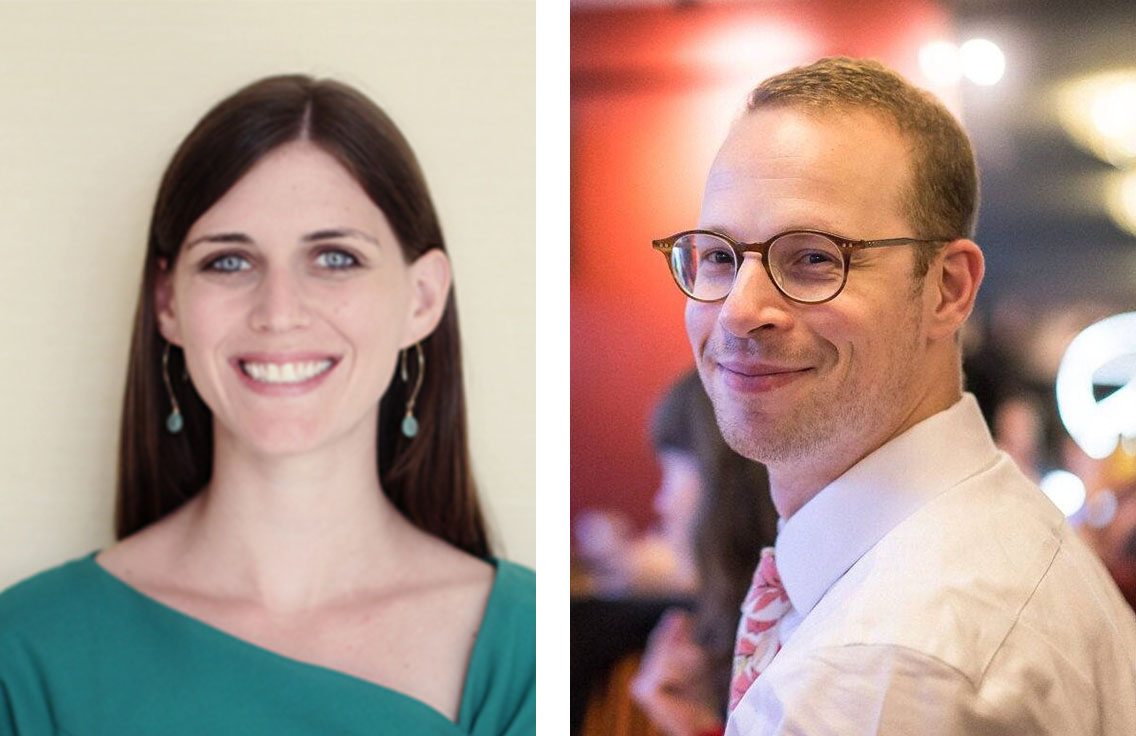 Molly Marinik (she/her) is a dramaturg specializing in new play and musical development. She has developed new work at the New Victory, Atlantic Theater Company, All for One, The Flea (Resident Director 2013-15), New Light, Libra Theater, 59E59, Barefoot Theater Company, NYMF, Musical Theater Factory, and Alchemation/Kevin McCollum, where she is the literary consultant. Molly proudly served on the subcommittee for the Philip Seymour Hoffman Relentless Award for its first four seasons. She’s been a reader for organizations including Page 73, The O’Neill NMTC, Barrington Stage, Village Theatre, Rising Circle, Jewish Plays Project, and others. As artistic associate with Beehive at Musical Theatre Factory, Molly co-moderates the Women/Trans/GNC Roundtable. She has also facilitated PlayGym classes at Luna Stage in NJ. In addition, Molly also uses her dramaturgy background in her work as a grant writer. She’s currently the Institutional Relationships Manager at McCarter Theatre Center in Princeton, NJ. Previously, she was the Grants Coordinator at Atlantic Theater Company (among many other roles over the years). Molly holds an MA in Theater History and Criticism from Brooklyn College.

Jeremy Stoller is a dramaturg who works primarily in support of new performance. He has served as dramaturg on the world premieres of Ken Urban's A Guide for the Homesick (Huntington Theatre) and Nibbler (The Amoralists @ Rattlestick Playwrights Theater); L M Feldman's A People (Orbiter 3); Paper Canoe's Light at Triskelion Arts; as well as Thomas Choinacky and John Jarboe's Beaut and R. Eric Thomas's Will You Accept This Friend Request?, both at First Person Arts Festival; and on the US premiere of Ken Urban's Sense of an Ending at 59E59 Theaters. Additional dramaturgy/literary work with The Civilians, Disney Theatrical, The Flea, Hypokrit Theatre Company, Luna Stage, Musical Theatre Factory, Play On! Shakespeare, PlayPenn, Jewish Plays Project, and terraNOVA Collective.

Since 2016, he has served as the Director of New Work for off-Broadway's Keen Company, where he oversees the commission of new work for student performers in their Keen Teens program, and curates/facilitates the Playwrights Lab for Mid-Career Writers. He is also currently the Resident Dramaturg for Pioneer Winter Collective in Miami. From 2010 to 2013 he served as the literary manager at Two River Theater. He founded The Dramaturgy Open Office Hour Project, which has been sharing resources with artists in cities around North America since 2014 and was profiled in American Theatre magazine. Co-founder, Beehive Dramaturgy Studio. He holds a BA from Drew University, and is pursuing an MA in Gender and Sexuality Studies from The City University of New York.