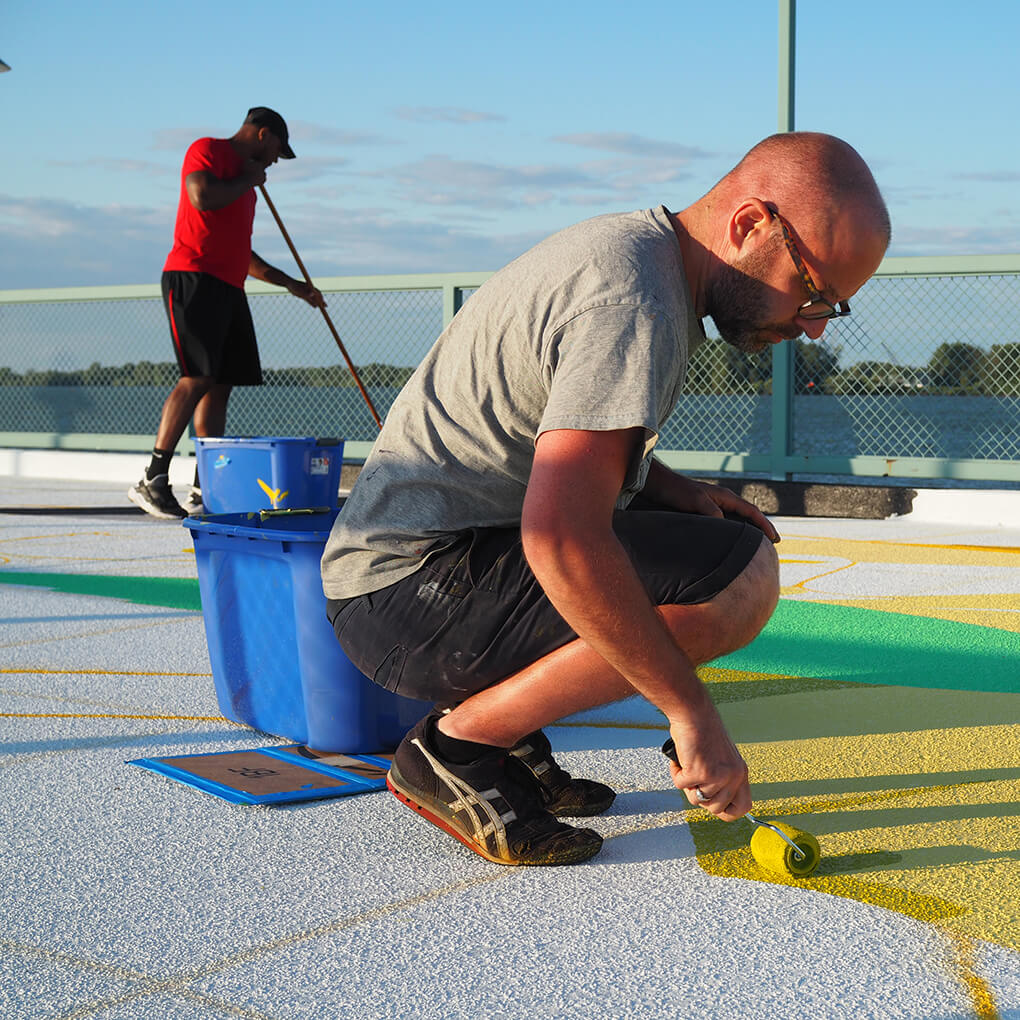 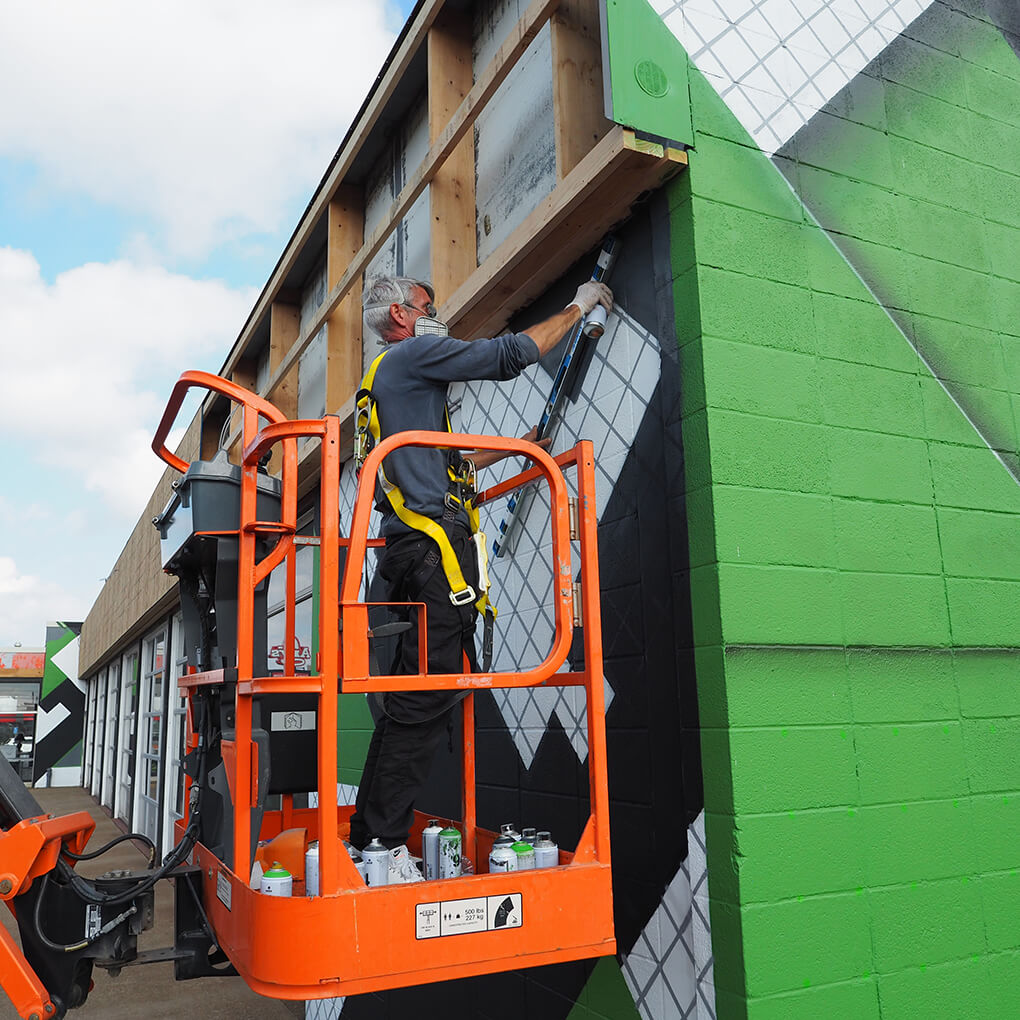 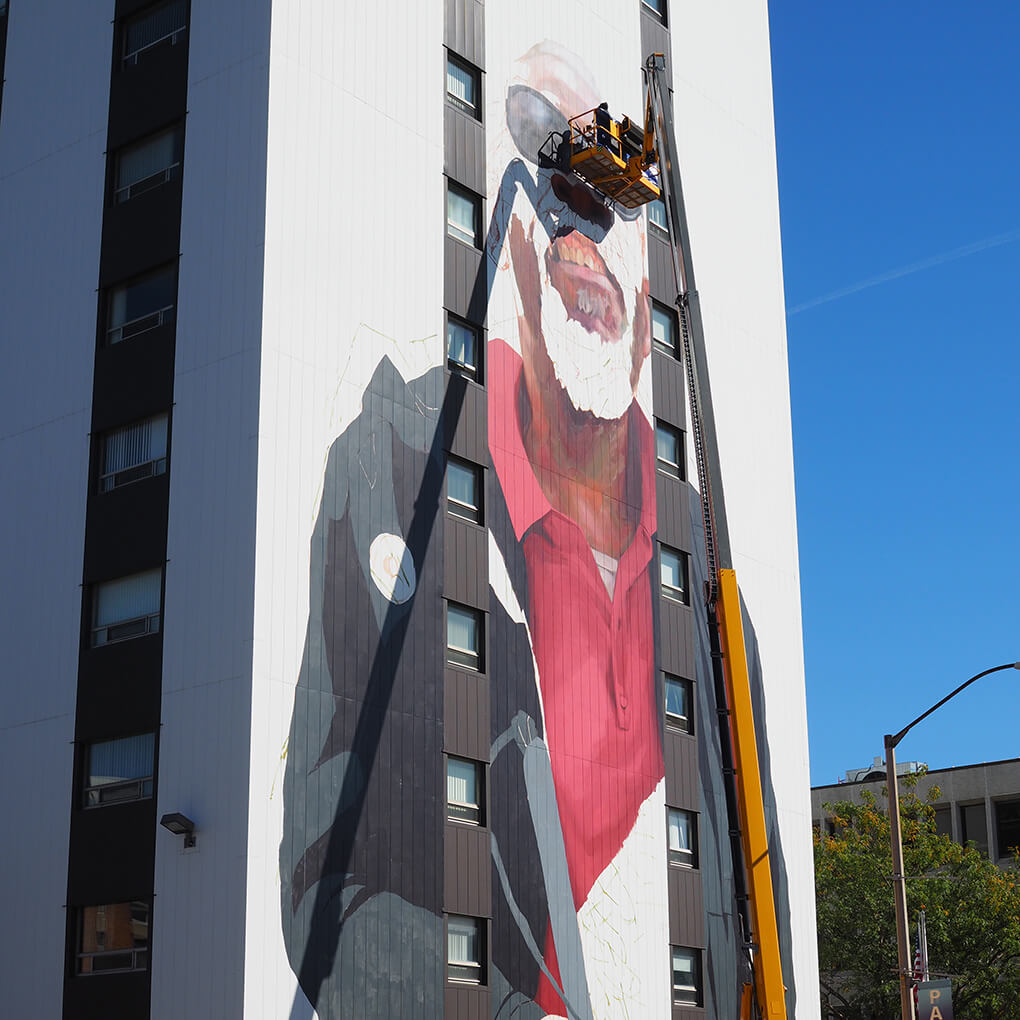 Evoca1 makes progress on his colossal mural, Rudy, on the exterior facade of Methodist Towers in Erie, PA. 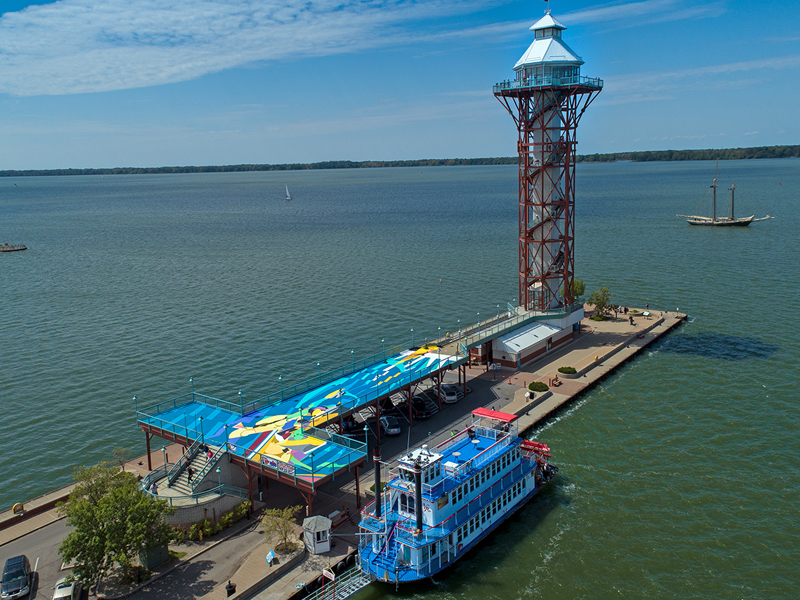 In January 2019, Erie Arts & Culture received a Shaping Tomorrow grant from the Erie Community Foundation. The funds are being used in 2019 and 2020 to support an initiative by Erie Arts & Culture titled New Horizons. The initiative aims to empower residents, merchants, community organizers, artists, and culture-bearers to actively be involved in shaping the social character and built environment in their neighborhoods. Through this endeavor, the agency hopes to see the benefits of arts and culture more fully recognized, utilized, and valued.

One of the stated objectives of New Horizons is to integrate public art into neighborhood and district redevelopment and revitalization plans. In support of this, Erie Arts & Culture has successfully executed three large scale street art projects during the months of August, September, and October. The agency has also consulted on public art projects with the City of Erie (Perry Square Utility Box Project), Erie Downtown Partnership (3rd and State Gateway Project), and the Sisters of St. Joseph Neighborhood Network (18th and Parade Mural Project).

For the three large-scale mural projects, Erie Arts & Culture intentionally selected internationally renowned street artists. This decision was made in support of Mayor Schember's vision to position Downtown Erie and the Erie Bayfront as world-class destinations. The agency extended invitations to well-respected international artists to create publicly accessible large-scale works, works that in addition to being seen locally would position Erie on a national and international stage as a result of the artists' reputations and followings.

The three artists that Erie Arts & Culture extended invitations to, thanks to the help of street art curator Iryna Kanishcheva, were SatOne (Venezuelan born now living in Germany), Zedz (the Netherlands), and Evoca1 (the Dominican Republic born now living in South Florida). Respectively, the work of these three artists can be found on walls all around the globe, including countries such as Brazil, France, Germany, Norway, India, Austria, Australia, the United Arab Emirates, Russia, Colombia, and Japan, just to name a few. For Zedz, this was his first time painting in the United States. For SatOne, it was only his second time painting in the United States.

With each project, Erie based artists were hired as paid understudies to serve as assistants and learn more about creating large scale works on-site. Erie artists included Ceasar Westbrook, Marquis Wallace, Ashley Pastore, Corey Thompson, and Deirdre Keane. After working on the Dobbin's Landing mural with SatOne, Ceasar Westbrook, who previously worked for the YMCA, was extended an offer to work as an art teacher for Erie's Public Schools.

The murals can be found at the following locations: 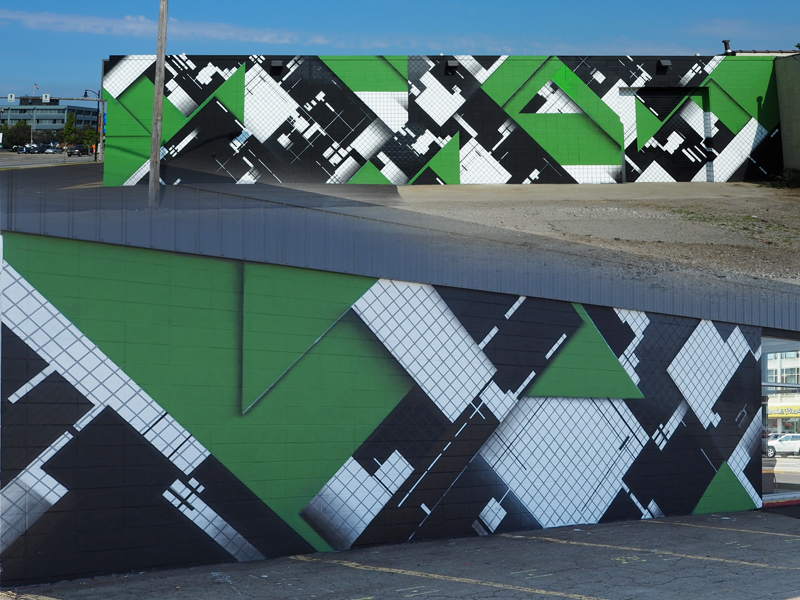 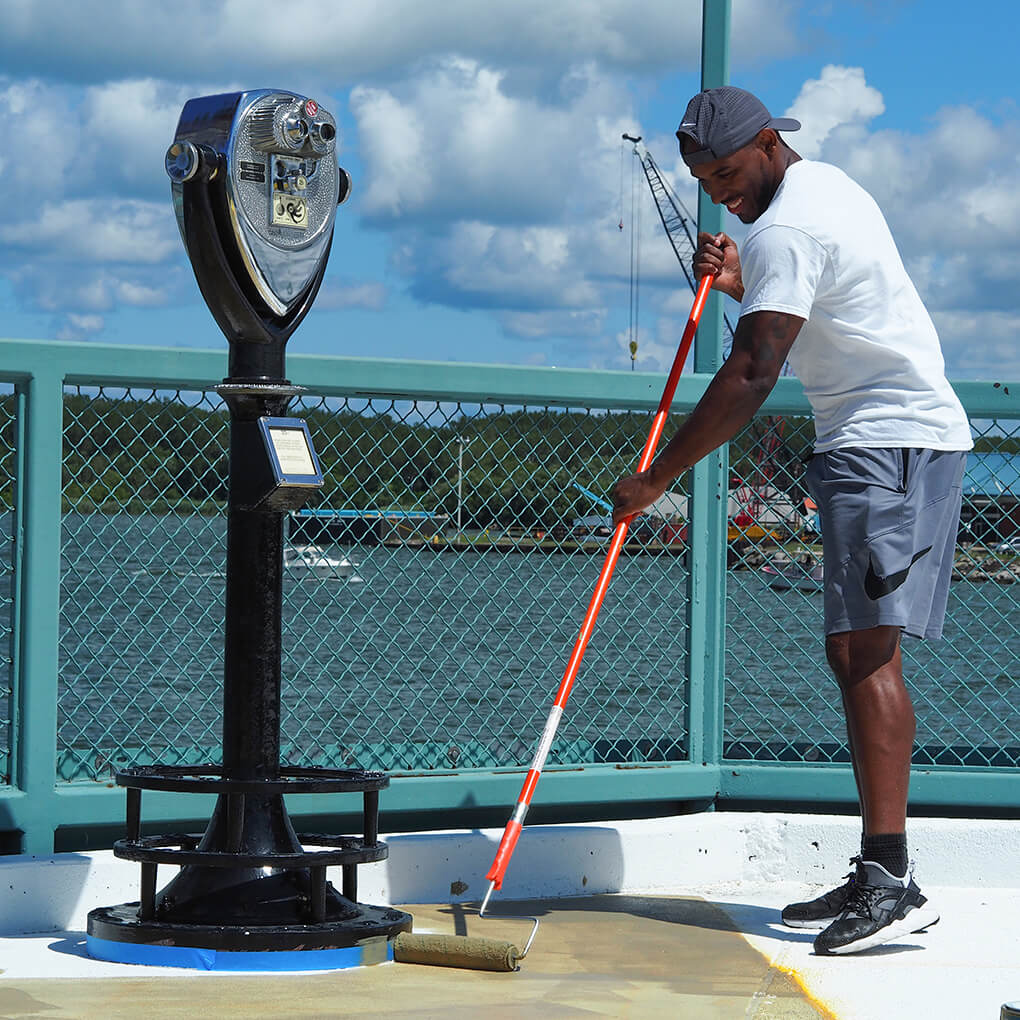 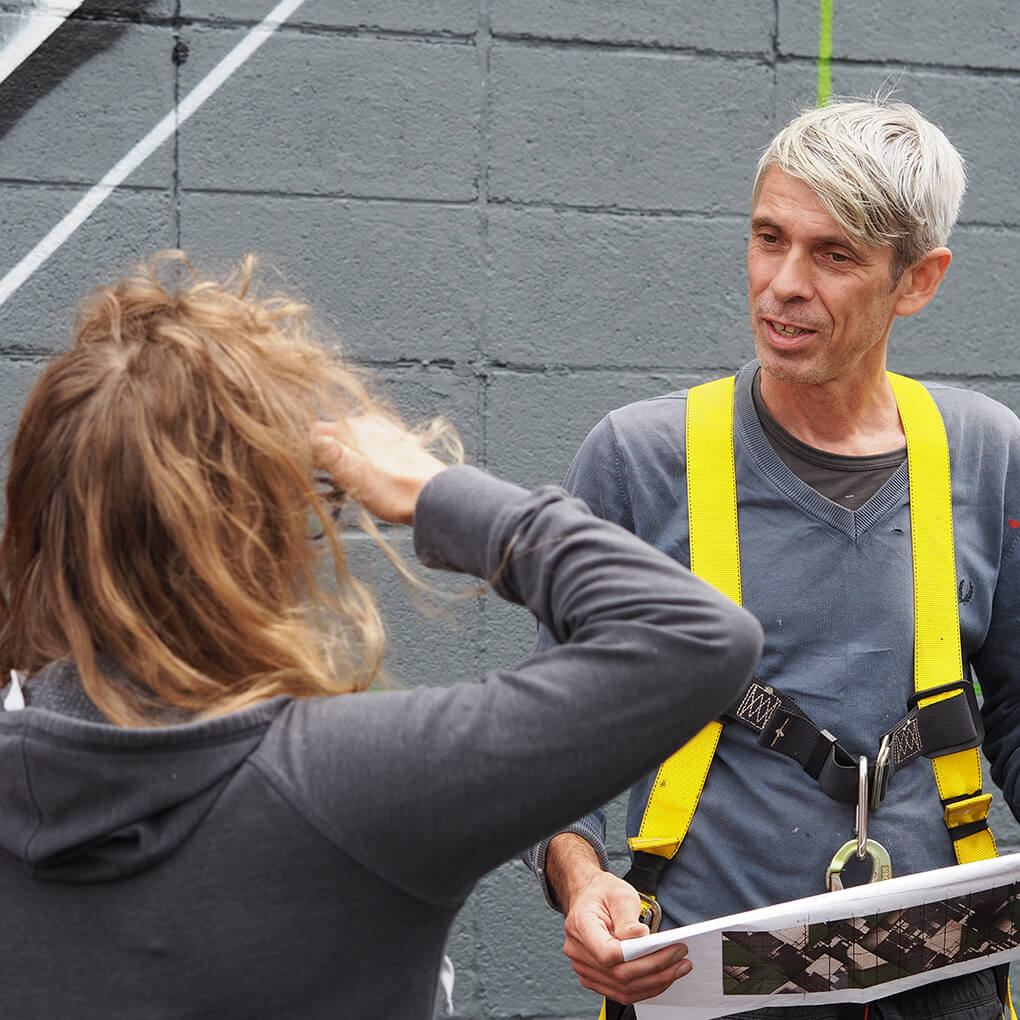 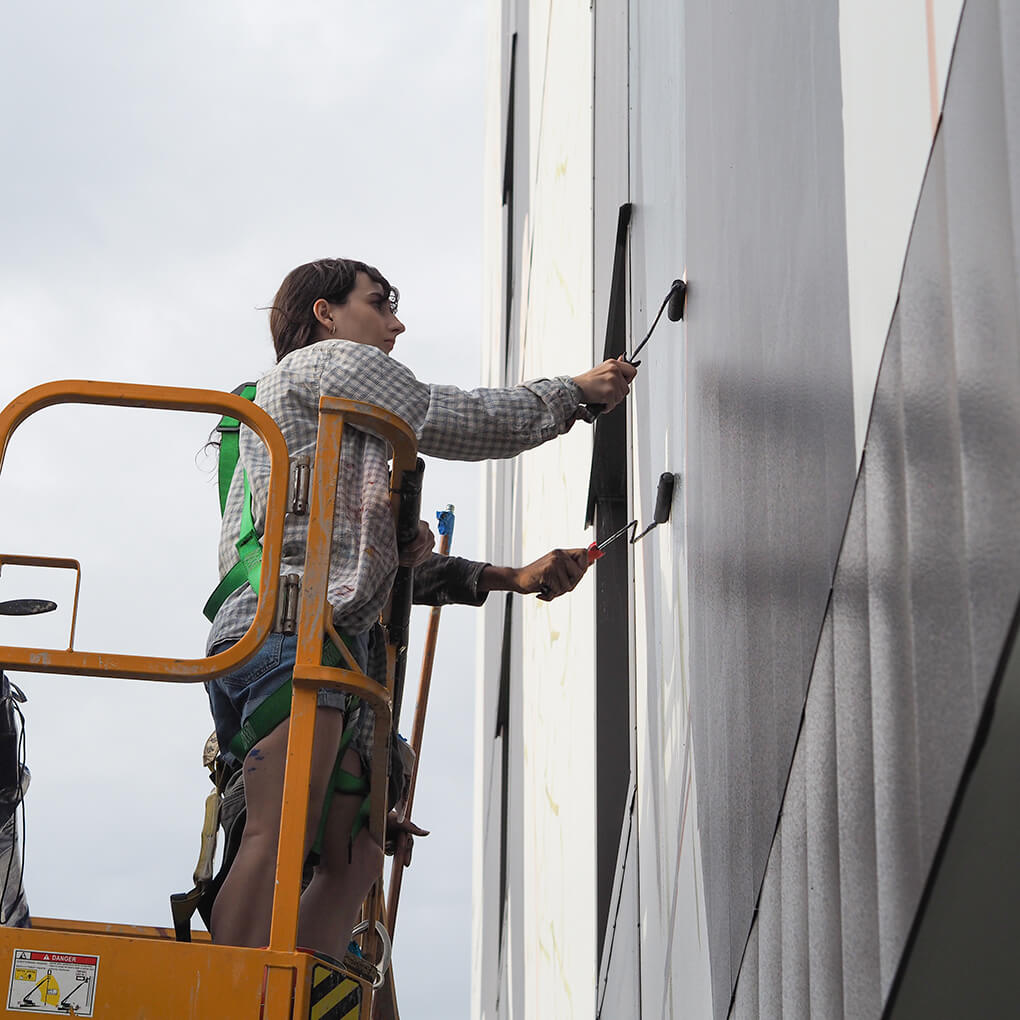 Edinboro University student Deirdre Keane assists in the painting of Rudy, a large-scale mural located on the facade of Methodist Towers. 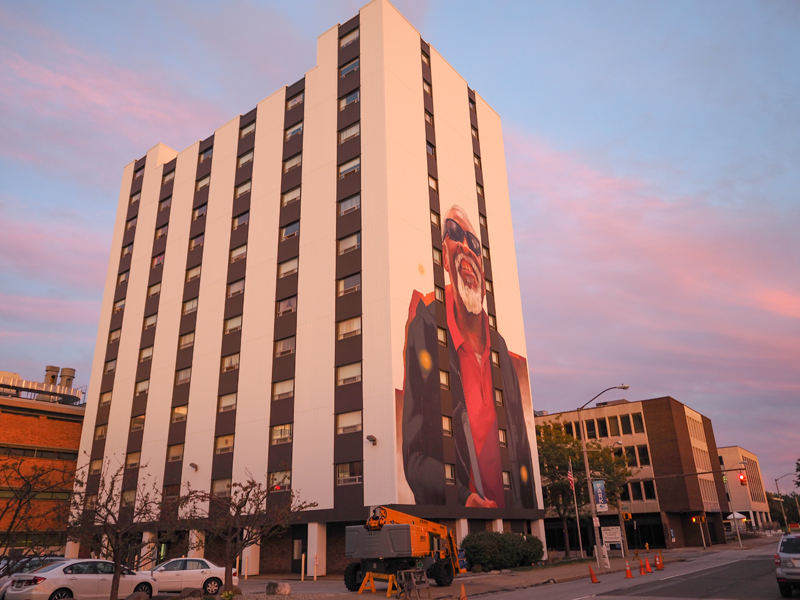 Over the last few months, these projects garnered a considerable amount of attention from local media sources. In addition to local news covering the projects, they were also covered by national and international sites that specifically focus on street art and street artists.

Coverage will continue as additional information is distributed to media channels. PR for the projects is being managed by Iryna Kanishcheva.