Please enjoy this recording of our second Creative Catalyst Speaker Series. When finished, kindly complete the survey at the bottom of this page.

Erie Arts & Culture presented the second installment of the Creative Catalyst Speaker Series with Kemi Ilesanmi on May 6, 2020. Kemi is the Executive Director of The Laundromat Project, a non-profit arts organization located in New York, NY. For the past 15 years, the organization has worked to advance artists and neighbors as change agents in their own communities. The Laundromat Project makes sustained investments in growing a community of multiracial, multigenerational, and multidisciplinary artists and neighbors committed to societal change by supporting their artmaking, community building, and leadership development. The conversation with Kemi was moderated by Kristen Weeks, the Program Manager of Erie Arts & Culture’s New Horizons initiative.

In the interview, Kemi references an impactful Zine which can be found below: 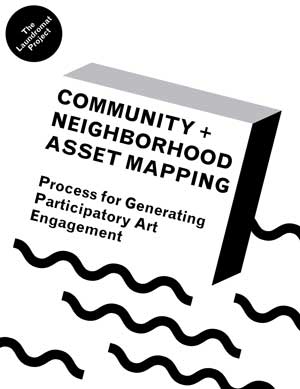 Also mentioned in Kemi's interview is We the News, a mobile newsstand that documents, publishes, and distributes stories by Black immigrants about their experiences in the US. This project is one of many that centers on the experiences and resilient narratives of immigrant communities. Featured below is Artist-in-Residence, Lizania Cruz.

About Kemi Ilesanmi:
Kemi Ilesanmi is the Executive Director of The Laundromat Project. With 20 years of experience in the cultural arena, she is inspired by the immense possibilities for joyful justice at the intersection of arts and community. Prior to joining The LP, she was Director of Grants and Services at Creative Capital where she supported the work of American artists making adventurous new work. From 1998–2004, Kemi was the visual arts curator at the Walker Art Center in Minneapolis. While there, she organized several exhibitions, including The Squared Circle: Boxing in Contemporary Art, and ran the visual arts residency program. In 2015, Kemi was appointed by the Mayor of New York City to the Cultural Affairs Advisory Commission and has served as Chair since 2020. She has been honored by the Metropolitan Museum of Art and Project for Empty Space and serves on the boards of the Joan Mitchell Foundation and The Broad Room, as well as advisory boards for Brooklyn Public Library, Smith College Museum of Art, Black Arts Future Fund, Indigo Arts Alliance, and WNET All Arts. A graduate of Smith College, NYU, and Coro Leadership NY, she is also a Sterling Network Fellow.

About the Creative Catalyst Speaker Series:
The intent of the Creative Catalyst Speaker Series is to build the capacity of our region by sharing methodology on how creative practices can be aligned with social issues. Funding for the series was provided by Erie Insurance and the Pennsylvania Department of Community and Economic Development through the Neighborhood Assistance Program.

We want to hear from you! Please provide your feedback below.

Your feedback helps to shape our future programming.

“Asian Americans” to Air on WQLN on May 11th and 12th
Staff Picks: This week's recommendations