Please join us for our next PRO Network webinar entitled "Self-Publishing 101: Merchandising Your Words" with Ebony Payne English on July 13 at 6 PM.

In this webinar Ebony Payne English will cover the basics of self-publishing from start to finish. We will discuss the process of pulling an idea from the intangible realm of thought and manifesting it into a palpable product. Ebony will present her concepts for effective marketing strategies, best platforms for self-publishing, and how to create a project of value and impact to your community. 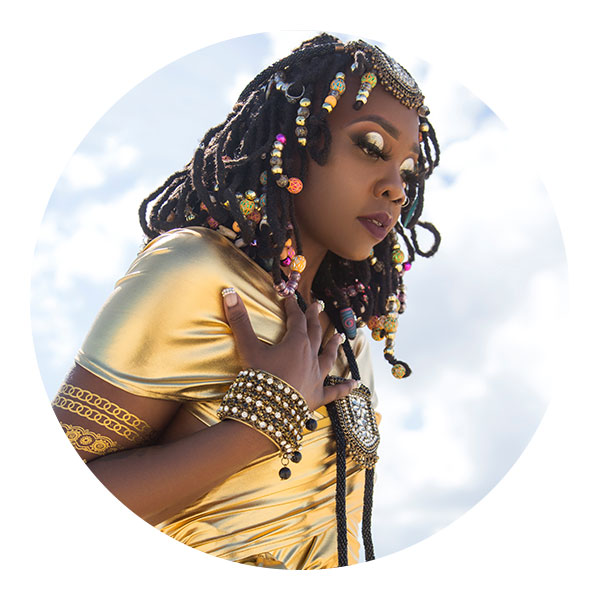 Ebony Payne-English is an author, performer, playwright, and educator from Duval County. She is the first woman to establish her own chapter of the international poetry organization, Black on Black Rhyme. Ebony is the 2017 Cultural Council of Greater Jacksonville’s Emerging Artist and recipient of the Spoken Word Gala’s 2017 William Bell Humanitarian Award. Ebony currently serves as Executive Director of The Performers Academy, a 501c3 arts education organization in Jacksonville, FL, and is a founding member of the Board of Directors of Southern Fried Poetry, Inc. which produces the largest adult regional poetry slam in the nation.

As the author of the graphic novel, The Random Happenings, as well as an award-winning poetry collection, Secrets of Ma’at, currently available on Amazon, Ebony has been featured in esteemed publications as well as digital outlets such as The Florida Times-Union, PBS's Hometown, Derniere Vie Magazine, WJCT's First Coast Connect, and My Black Matters. In her 17 years of professional experience, Ebony’s performance accolades include: The New Orleans House of Blues; Essence Festival; Nuyorican Café; Crossroads Theatre, TEDx, Jax by Jax as well as countless other colleges, universities, and prestigious entertainment venues nationwide. Her discography includes 6 albums: Old Soul (2006), Struggle’s Embrace (2010), EbEnFlo (2012), School Beats (2013), Know Love (2015), Kuongoza (2021).

Ebony's critically acclaimed play, On Purpose, was her debut as an American playwright and opened with record-breaking success at WJCT Television Studios April 2017. In March of 2021, Ebony boasted yet another triumph with the release of her first short film titled after her 6th studio album, Kuongoza.