Join us for a PRO Network webinar on July 6 at 6 PM on Facebook live and zoom with Ulysses Owens Jr.

Ulysses Owens Jr. is a drummer, creative entreprenuer, performer, author, and educator. Ulysses Owens Jr. goes the limit in the jazz world and beyond. His passion for career development and creative entrepreneurship has taken him around the world as a lecturer helping students identify their purpose, and how to navigate this ever-changing terrain entrepreneurially as a creative.

Ulysses will present an overview of the concepts included in his newly published book, "The Musician's Career Guide: Turning Your Talent into Sustained Success," which is presently the "#1 New Release" on Amazon! This book will serve as a textbook for various Music Business and Career Development programs around the world.

Those who register for the webinar have a chance to win a complimentary copy of Ulysses' book! 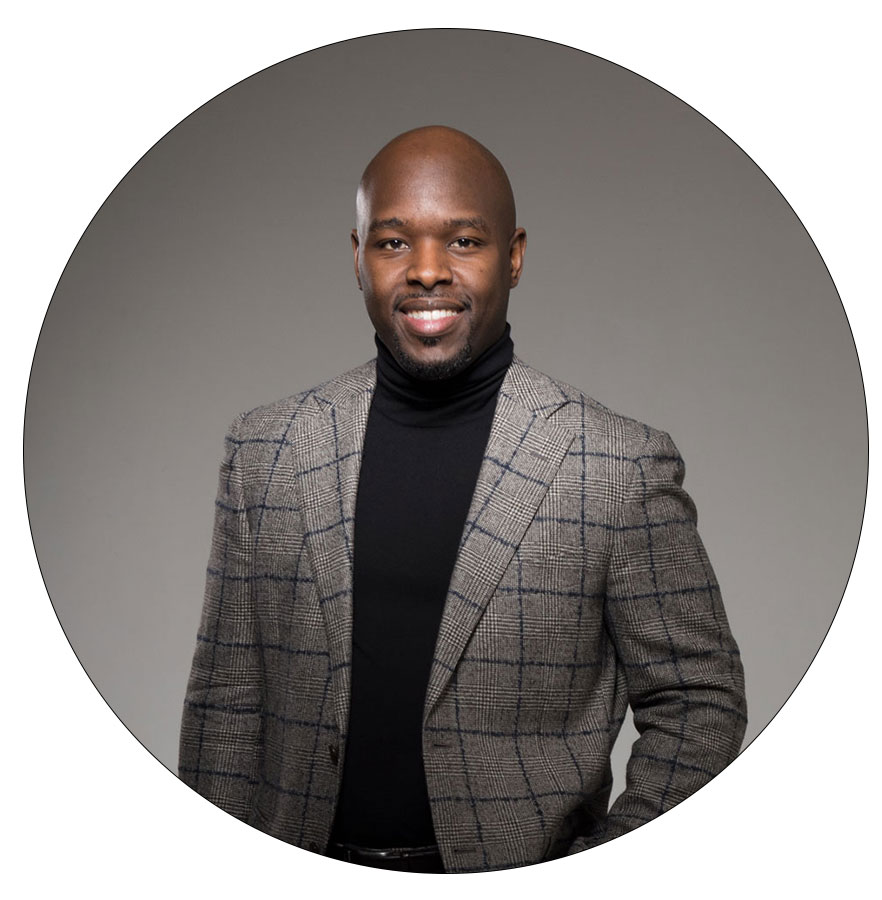 Heralded as a “powerhouse of a showman” (Glide Magazine), a “legitimate jazz triple threat” (Critical Jazz) and a drummer who “take[s] a back seat to no one” (The New York Times), performer, producer and educator Ulysses Owens Jr. goes the limit in the jazz world and beyond.

Owens has been named a Rising Star by DownBeat’s Critics Poll for five years straight, 3rd Runner-Up in “Classic Drum” category by Modern Drummer Magazine “Readers Poll.” He is a recipient of the 2013 ASCAP Plus Award, the 2014 Global Music Award and the 2015 Jazz at Lincoln Center Swing! Award. Claiming four successful albums of his own (It’s Time for U, Unanimous, Onward and Upward, and Falling Forward.) Owens has also gained special attention for his performances on the GRAMMY award-winning albums Dedicated to You (Kurt Elling) The Good Feeling (Christian McBride Big Band.) GRAMMY award-nominated albums; Giant Steps,” and Countdown (Joey Alexander) Out Here, Live at The Village Vanguard (Christian McBride Trio) and most recently, Nat King Cole, and Me (GregoryPorter.)

An active faculty member of the Jazz Studies Program at his alma mater, The Juilliard School, and Faculty Artist in Residence at Edward Waters College in Jacksonville, Florida where he teaches the Music Business course. He also oversees artistic and community programming for hundreds of children and teens as Artistic Director for Don’t Miss a Beat, Inc., a youth-empowerment non-profit founded by his family in 2008 in his hometown of Jacksonville, Florida. Owens’ most recent album, “Songs of Freedom,” features the music of Abbey Lincoln, Joni Mitchell, and Nina Simone; released by the Resilience Music Alliance record label. This album has been selected by JAZZIZ Magazine of one of 10 Jazz albums to listen to in March 2019. The album features bassist Rene Marie, Alicia

Olatuja, and Theo Bleckmann as the featured vocalists, and David Rosenthal, Allyn Johnson and Reuben Rogers in the band. Ulysses remains consistently in demand for new projects as an Artist, Producer, and Educator, remaining one of the most sought-after drummers and thought leaders of his generation. Yet what matters to him consistently is giving back and continuing to be grateful for a new day, to make a difference in the lives of others. 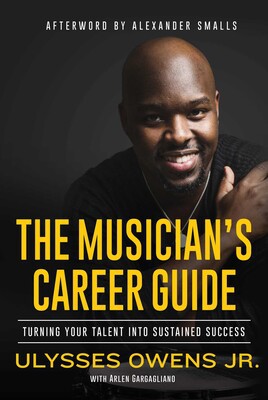 About The Musician's Career Guide: Turning Your Talent into Sustained Success

As a musician, how can you blend art and survival and still keep loving the business? The Musician’s Career Guide, written from the perspective of someone who has engaged in the daily struggle that all artists encounter, provides clear strategic support and advice in a knowledgeable, reader-friendly voice.

From preparing for an audition, to business planning, to protecting one’s mental and emotional well-being, The Musician’s Career Guide marries practical tips with in-depth resources, anecdotes and stories to learn from, and comments for consideration and self-reflection. This book is a tool musicians can use to develop a realistic roadmap for success in the careers they desire. Part textbook, part self-directed learning tool, and full mentor, this information-packed text speaks with the voice of experience in a way that is realistic and attainable. The authors address topics including the following fundamental areas:

The Musician's Career Guide offers a foundation for both new and experienced musicians who yearn to clarify and achieve their individual goals of personal success and fulfillment through their craft. It's essential reading for any musician.