Urban (adjective) - of, relating to, or designating a city.
Core (noun) - the central, innermost, or most essential part of anything.

An urban core is an area of high population density that serves as the commercial, cultural, political, historical, and geographic heart of a city

Erie Arts & Culture, through its New Horizons initiative and with support from the Erie Community Foundation and the Erie Downtown Development Corporation, is excited to announce Restore the Core - a project led by Erie based artist Ashley Pastore.

Ashley returned to Erie this spring to establish a contemporary print and paper making shop. In July, Ashley signed a lease in Little Italy and is now working to convert a portion of Angelo’s Roofing & Construction into a thriving creative space. This endeavor, which bears the name Grounded Printshop, was awarded funding through the Ben Franklin Technology Partners Big Idea StartUp Contest. 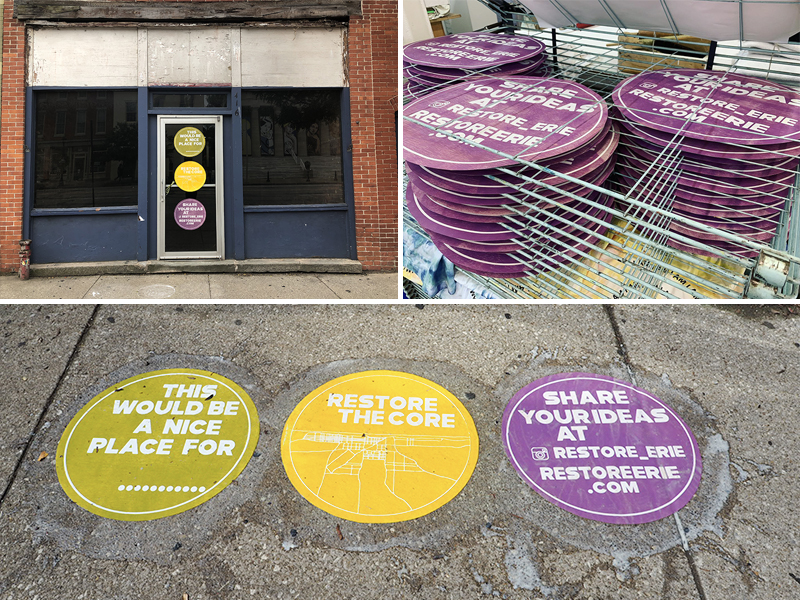 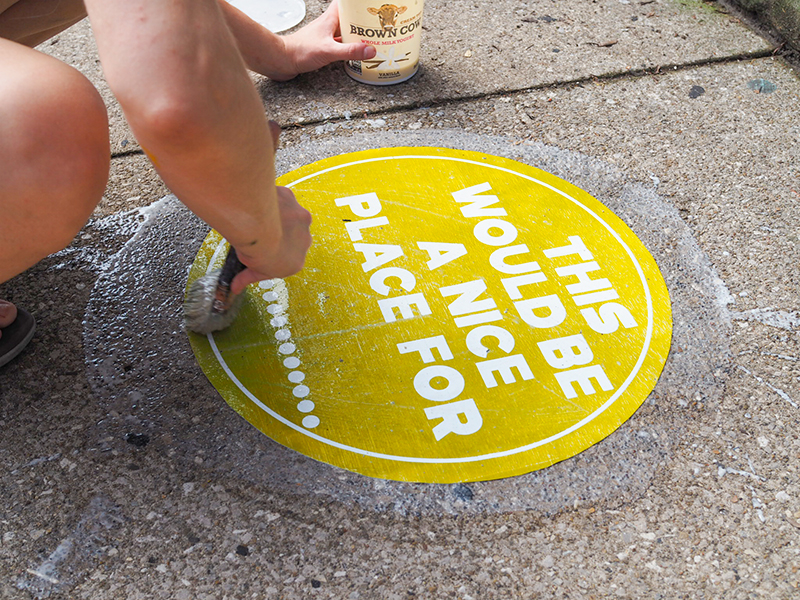 Restore the Core explores creative ways to engage members of the community around what types of businesses they'd like to see present in Erie’s urban core. The project encourages community members to think creatively and share their ideas about how underutilized commercial properties found within Erie's existing building stock can be re-imagined as neighborhood assets. Community engagement is an important part of redevelopment and as both public and private entities work to create a world-class city, it is vital that the community feels their voices are being heard and their needs are being addressed.

Ashley created three original designs for the project. She selected bold colors not typically found in Erie's urban landscape to capture people's attention and stimulate creative thinking. As those passing by engaging with the designs, they’re asked a simple question “This would be a nice place for…” They are also provided instructions to share their ideas either online at restoreerie.com or on Instagram @restore_erie.

Erie Arts & Culture is working with the Erie Downtown Partnership, Erie Downtown Development Corporation, Our West Bayfront, the Sisters of St. Joseph Neighborhood Network, the Bayfront East Side Taskforce, and ServErie to identify vacant commercial properties in their service areas. Once ideas are compiled, the information collected will be shared with the City of Erie’s Department of Economic and Community Development, the Erie Regional Chamber & Growth Partnership, and Erie Downtown Partnership - with the hopes that this information can be used to attract and recruit new businesses into the urban core.

This project is still in the pilot phase, but eight commercial properties in Downtown have already been activated. An additional five properties have been added to the website and Instagram account. The public can expect to see this project come to full fruition this fall. 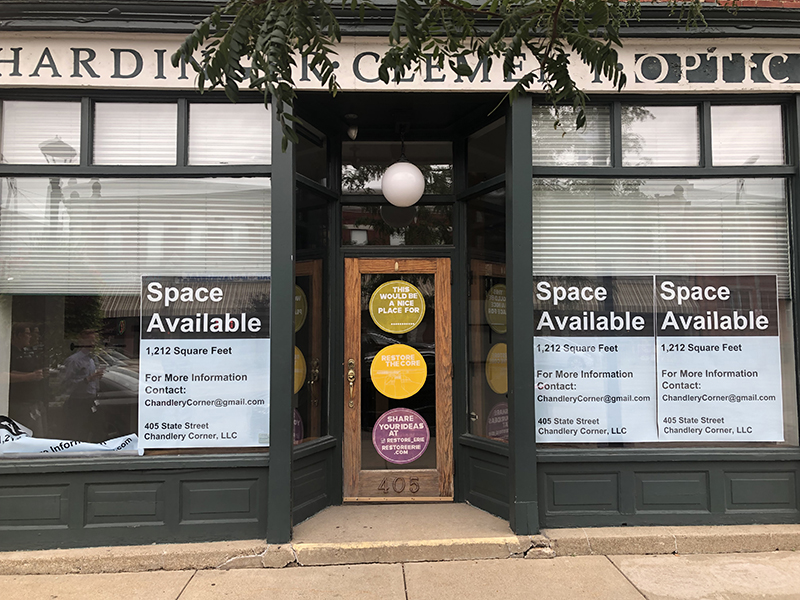