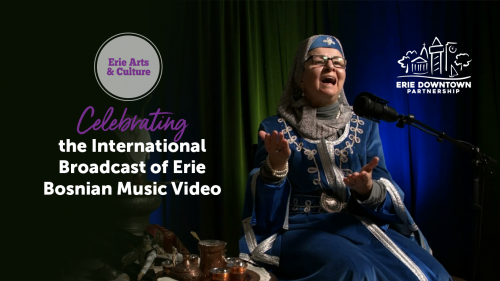 The Erie Downtown Partnership and Erie Arts and Culture worked together to produce two live-streamed concerts featuring local Muslim artists. They were released in April to recognize the beginning of Ramadan, a month of fasting and devotions for Muslims.

One of these videos was broadcasted internationally on May 13, 14, and 17 by Hayat TV. Hayat is based in the Bosnian capital of Sarajevo and airs across the country. Hayat also has several satellite stations that transmit internationally to Bosnians living abroad. Due in large part to the Serbian war and genocide, more than half of Bosnians now live outside their country.

The program is a 40-minute solo presentation by Mensura Berberovic, an expert in traditional ballads known as Sevdalinka.

The expERIEnce Children’s Museum partnered with six New American families and a family from Puerto Rico to create a video series titled “expERIEnce My Home.” Each video welcomes the viewer to learn about a specific culture, from a child’s eye view. The viewer is invited to learn about the Bosnian pastry called pita, a traditional Syrian wedding dance, the celebration of Diwali, how Congolese carry a baby on their back, traditional Puerto Rican attire, and ancestral drumming from Nepal. Children share greetings in Swahili, Spanish, Arabic, Bosnian, and Tamang.

Last spring 10 New American artists worked with film students at McDowell High School. The artists captured video footage of themselves and the students learned interview skills via Zoom. The students edited the footage together to create mini-documentaries. The artists built their digital mettle while students met fascinating people representing a wide range of cultures and art forms.

Watch some of their videos and learn about Erie’s diverse folk and fine artists in our latest blog post. 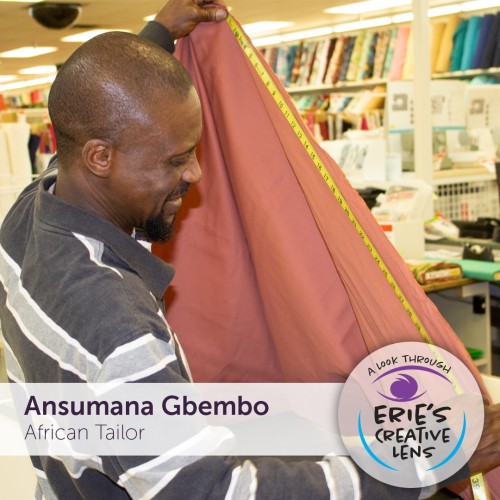 A desire to give back motivates Ansumana Gbembo to teach others African tailoring, an art that literally threads people and cultures together. 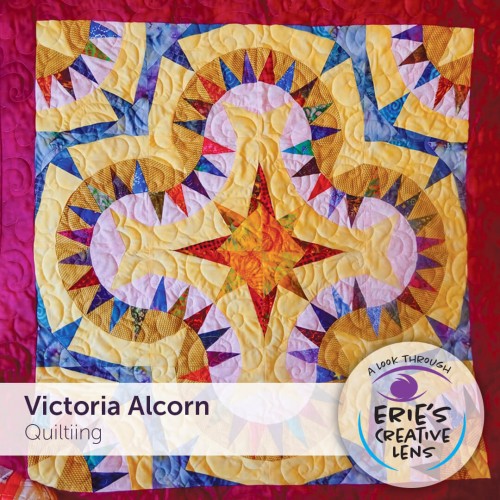 A tradition that goes back at least five generations keeps a family threaded together. The women in Victoria Alcorn’s family are skilled quilters, an art form that began out of necessity and grew into a creative hobby that her great grandmother, grandmother, great aunt, and mother enjoyed doing together. The North East native started with a quilting class in middle school, but as she grew to explore different interests, she naturally fell away from it. With the recent passing of her grandmother, she re-established her interest and appreciation for the practical art form and what it means to her family. 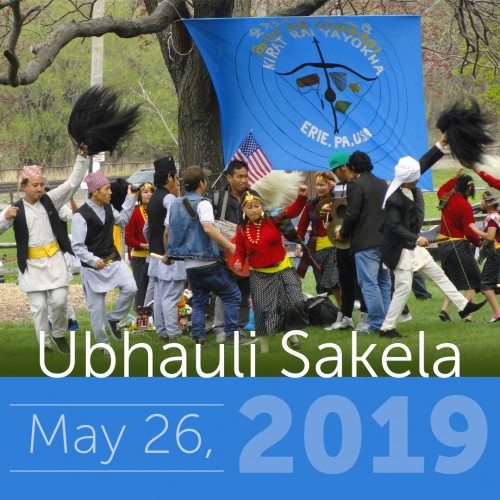 Did you know that Erie is home to several hundred followers of an ancient earth-based spirituality? These people are the Kiranti Rai, and they are part of our larger Bhutanese Nepali community. Every May, since 2014, Erie’s practitioners have celebrated their beautiful spring planting ritual called the Sakela.