We need your input! | Transforming public utility boxes into works of art 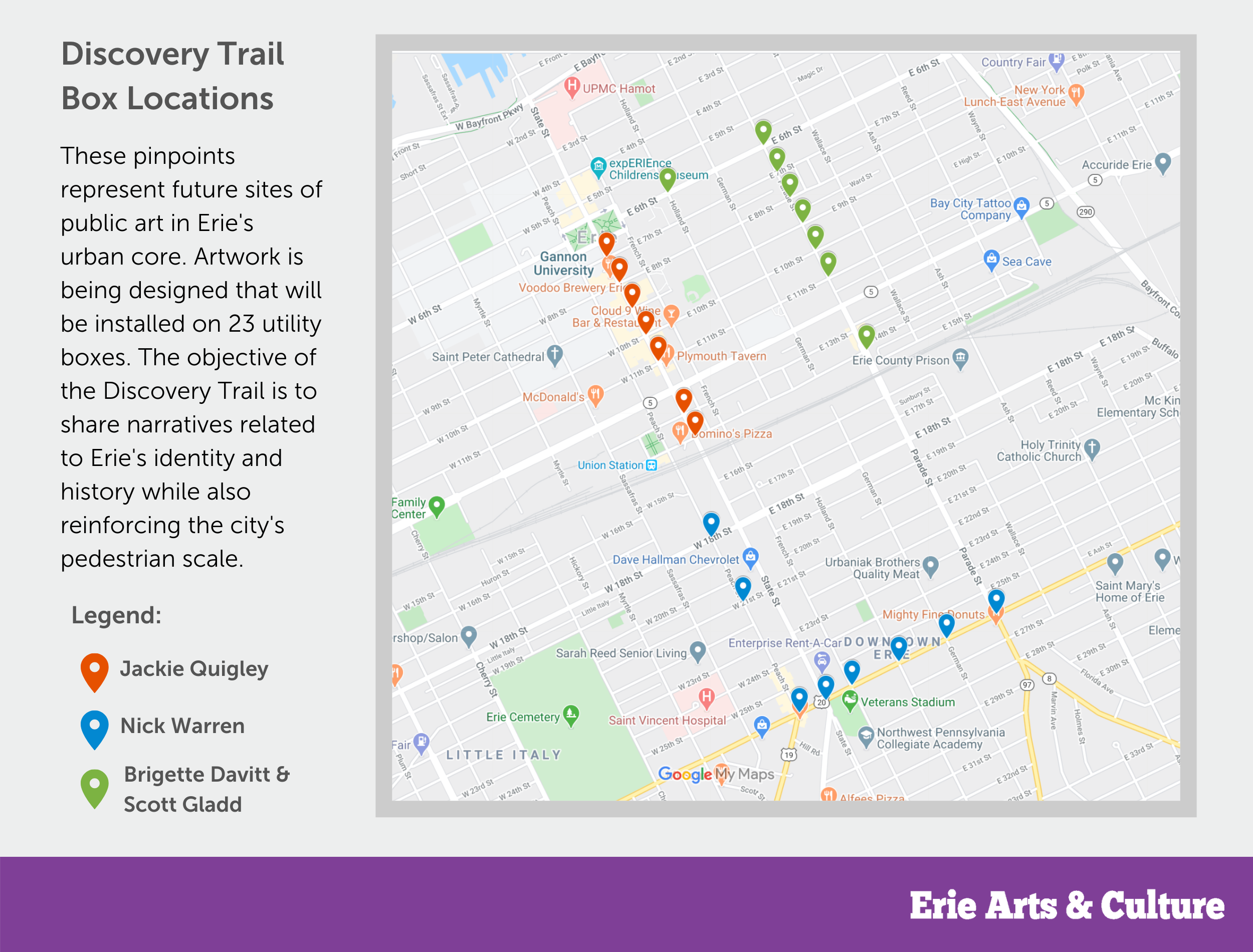 The artist’s preliminary concepts have been approved by Erie Arts & Culture. The next step in the project is for the artists to present their concepts to a review panel, which includes representatives from the Erie Neighborhood Growth Partnership. After concepts are reviewed to the panel, final artwork will be provided to FASTSIGNS of Erie for production and installation.

The creation of the Discovery Trail is part of Erie Arts & Culture’s New Horizons initiative. Funding was provided in part by the Erie Community Foundation through a 2019 Shaping Tomorrow Grant. 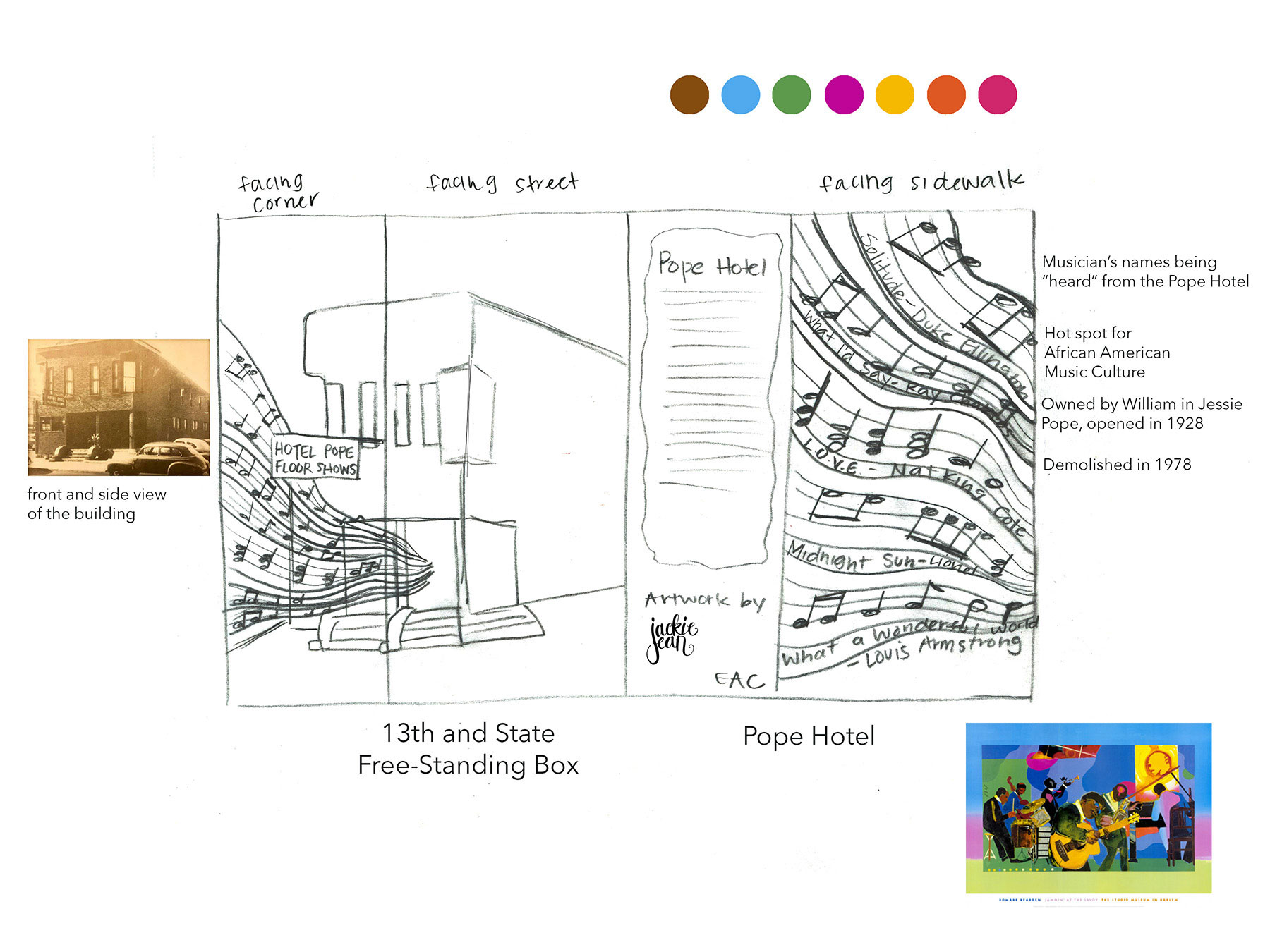 A preliminary design by Jackie Quigley.
Click the image to expand.

Whose Story Should Be Told As Part of the Discovery Trail?

Brigette Davitt and Scott Gladd have been assigned eight utility boxes running along Parade Street, starting on East 6th and continuing up to East 14th. The team has also been assigned one box located at the intersection of Holland and East 6th. The artist team wants to dedicate their boxes to those individuals who have devoted themselves to Erie's historic East Side, with a particular focus on those persons who may not have been born in Erie but who chose to make Erie their home.

James Franklin
Franklin’s Gem City Ice Cream Company - 118 E. 10th Street - At 15, James Franklin escaped enslavement from a Maryland plantation and fled to Canada. He arrived in Erie in 1866 and eventually founded the Gem City Ice Cream Company. Located on this spot for most of its almost 40-year existence, Franklin’s business sold popular confections throughout the city until about 1920.

Edward Kraus
Kraus Department Store  - 810 Parade Street - In 1886, Edward Kraus, a German immigrant whose family settled in Erie, built a small frame building at this spot, from which he operated the 5 & 10-cent General Merchandising Store. He was a pioneer in department store merchandising and early knowledge in that field provided a foothold for later expanding.

Do you know someone who would be a great candidate to honor through this public art project? Share your suggestions with Brigette and Scott! Please use the survey included below to nominate someone for consideration to be included in the Discovery Trail public art project! 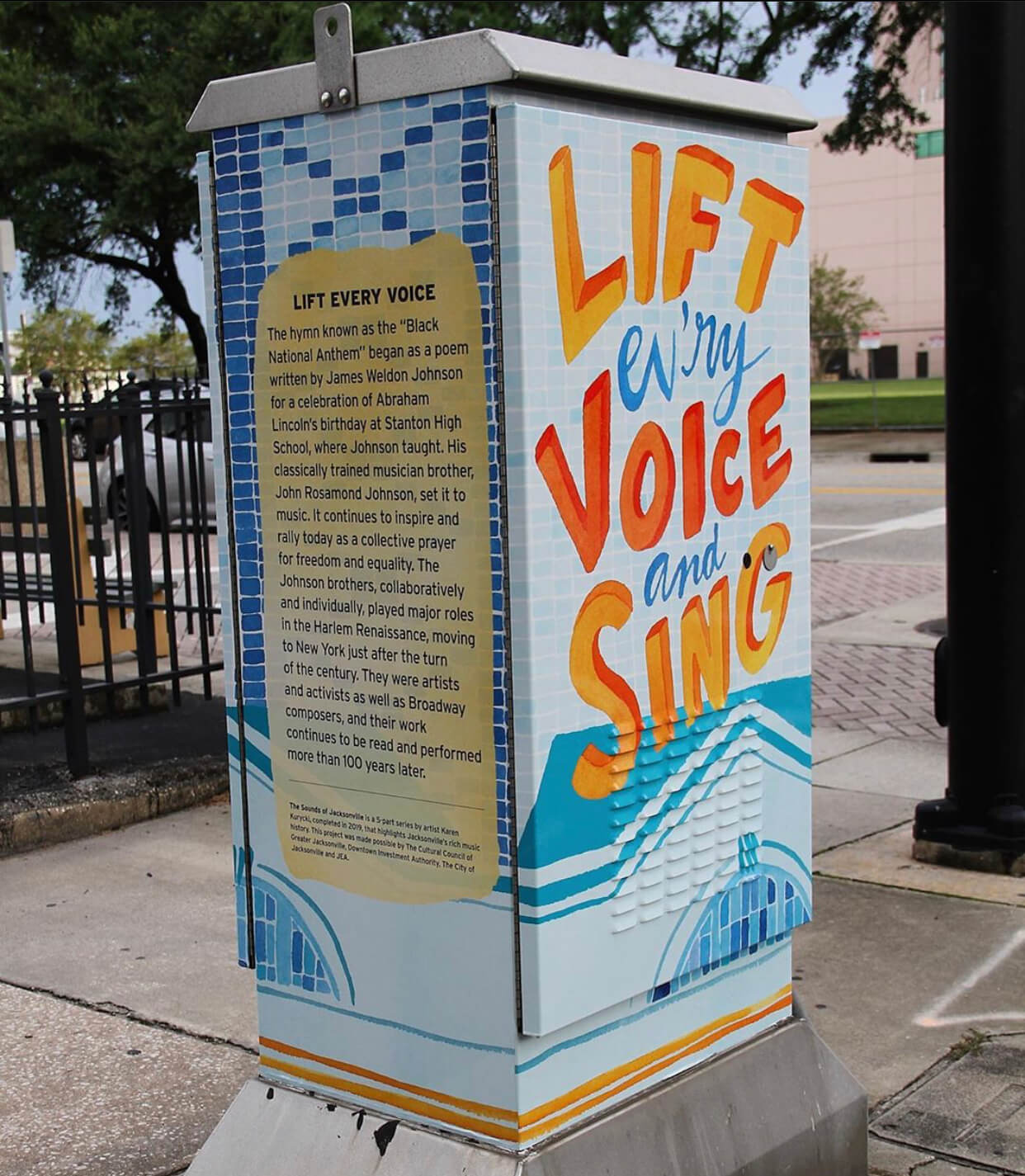 In 2016, graphic designer Karen Kurycki was commissioned by the Cultural Council of Greater Jacksonville to produce designs that communicated Jacksonville’s historic contributions to the arts and entertainment, particularly in the field of music. These designs were installed on utility boxes in the city’s entertainment district.

Online Resource: Identifying Tools to Build your Artistic Brand | PRO Network
August 11 is Erie Gives! Can we count on your support?