Let's give a warm welcome to our fourth Visiting Artist of 2022, Lauren Hana Chai. Lauren will arrive in Erie on May 4 and her residency will extend to May 23. While in Erie, Lauren will maintain a painting studio at Grounded Print + Paper Studio and a clay studio at Erie ClaySpace. She will also utilize the studios of Community Access Media while in residence with Erie Arts & Culture. On May 19, starting at 6:30 PM, Lauren will deliver an artist talk at 1020 Collective that is open to the public. 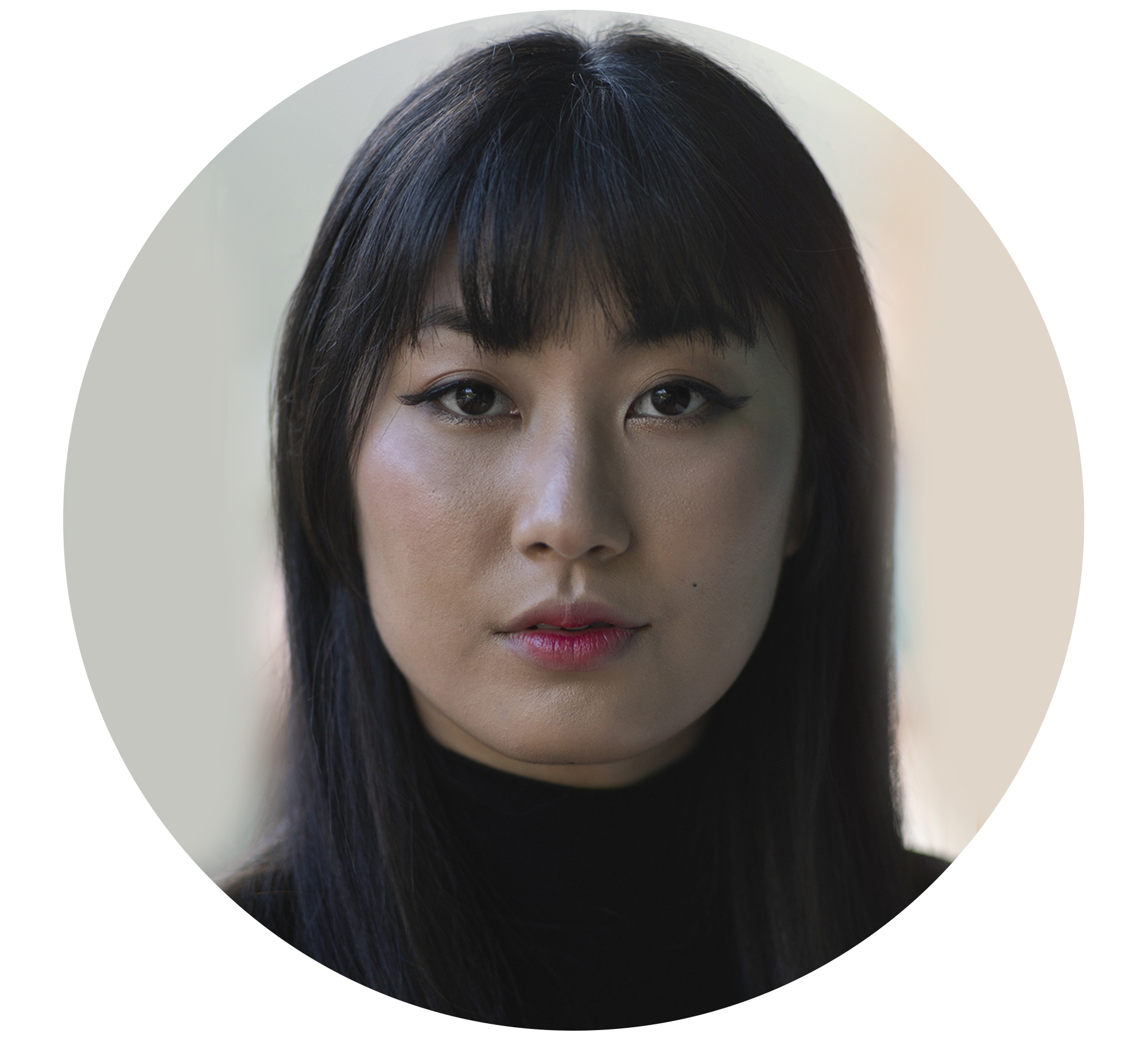 Lauren Hana Chai is known for contrasting her traditional Korean upbringing with her modern American life and including a personal story or cultural narrative to accompany each piece. As the first in her family born in America, she was raised by her South Korean grandparents in Hawaii. She moved across the Pacific to San Francisco to study at the Academy of Art University. After some time following the technique-based curriculum, Lauren says she relished breaking the rules and mixing abstract elements into the work. Her current series places side by side traditional elements, such as Korean folk art and Buddhist temple architecture, and modern elements such as interracial relationships or sexually charged figures. She has been featured in NBC News, KBS World Radio, Houston NPR, and the Honolulu Star Bulletin.

‘Han’ is an abstract Korean concept that speaks to a collective sense of sadness, anger, and helplessness that’s embedded in native Koreans who’ve endured years of oppression. Through generational trauma, 'Han' has also shaped my experience as a second generation Korean-American. I feel a deep and personal resonance with this powerful concept which manifests strongly in my practice.

I was 11 years old when my mother went missing. I have been negotiating the ongoing trauma of that loss ever since. As I navigated adolescence and then adulthood through the lens of that experience, I have been on a parallel journey exploring my Korean-American heritage and the boundaries of personal mythologies of self, family, community, and history. Like many who come from a cross-cultural background, I often feel that I live in an in-between world. I am both a Korean and an American, but never fully one or the other. Yet through my practice I have found empowerment and a means to visually reclaim ‘Han’, with the space to explore complex themes of identity and belonging. In my art, I strive to turn victimhood into power, blending Korean concepts such as Neo-Confucianism and folk mythologies with explorations of Western capitalism, sexual liberation, and Christianity. I’m interested in the harmony between chaos and order, in our shared connection to the universe, and how pattern is the basic structure in everything.

I have been influenced by a broad range of artistic styles and practices across time and place. The visual language that I employ in my work draws from richly varied sources, and I find myself pulled to both traditional Korean paintings and classical works of the European Renaissance. The universal questions of morality, relationships, and sexuality are an endless source of interest and inspiration within my practice.

Lauren invites the community to participate in a series of videos during her residency.

"Everyone has got a story to tell. During my stay in Erie, I would love to be able to gather interviews with the general public. The idea is to have video/audio installations next to each portrait painted of the “missing” person and to use water based paint on yupo paper which is a slippery surface. Like my interpretation of what this person looks like, which is based on someone else’s perception of this person, it is fluid and hard to define. Video art will be projected onto both painting series to overlap and bridge the many narratives together. I plan to play the video art in the last known cities these people were known to be in, in public crowded areas like subway trains, shopping malls, or an area with a lot of video billboards. They will begin with a broadcast style such as: “Be on the lookout for a missing person”, with a sense of urgency, and then cut to the interview story and painting process of the portrait. My hope is that the more I can heal myself, the more I can help others heal themselves too. As an artist, this is the only way I know how to go about it."

To request time with Lauren, please use the form below. We will do our best to schedule an interview, working with the time constraints of Lauren's residency.

About The Missed Connections Project:

When I was 11, my mom went technically “missing”. All of a sudden, her address, phone numbers, website-all contact just disappeared. In art school, I started to explore my curiosity with her and the gap in my heart by obsessively painting her face over and over again from old photographs and VHS stills. The fact that these precious photos and videos are all I had of her, the repetition of painting her face was also my way of replicating the memories I have with her. It turned into a series called Last known Locations which are 6 paintings of her actual last known locations, gathered from family members: Hawaii, South Korea, Los Angeles, Las Vegas, Hong Kong and San Francisco. For the first time I was grieving my loss. I’ve always painted with muted colors throughout school which is how these paintings started out as. But as time went by, I found myself painting brighter and brighter as I was finding a way to heal in my real life.

Eventually I took it on the road and decided to go to each city and hold a Last Known Locations show. I’ve gone to two and have four left. This is in efforts to not only look for her but to also send a message out to her, to let her know that I am still here with open arms. It’s also been a way for me to physically walk on the grounds she has walked on, to follow that path and receive healing. I’ve grappled a lot with truth, faith and what makes a person good or bad and the grey areas in between. Initially I thought that I was painting about my mom, but through the process, I found that I had a lot of questions about my identity, where my place in this world is, and my origin.

Los Angeles is the next city on the list. I remember my mom sent me letters from LA from Sunset Boulevard and it was the first painting I did in my series. For my LA show, I want to display not only the 6 paintings, but also showcase a side video/installation work called “Missed Connections”. Inspired by the Craigslist forum of the same name, my series involves interviewing people on those who are missing from their life. Someone they used to know and now have no idea where they went and have zero social media presence. I take these different interviews and paint what the missing person could possibly look like today based purely on the interviewees' stories and descriptions with no photo reference. 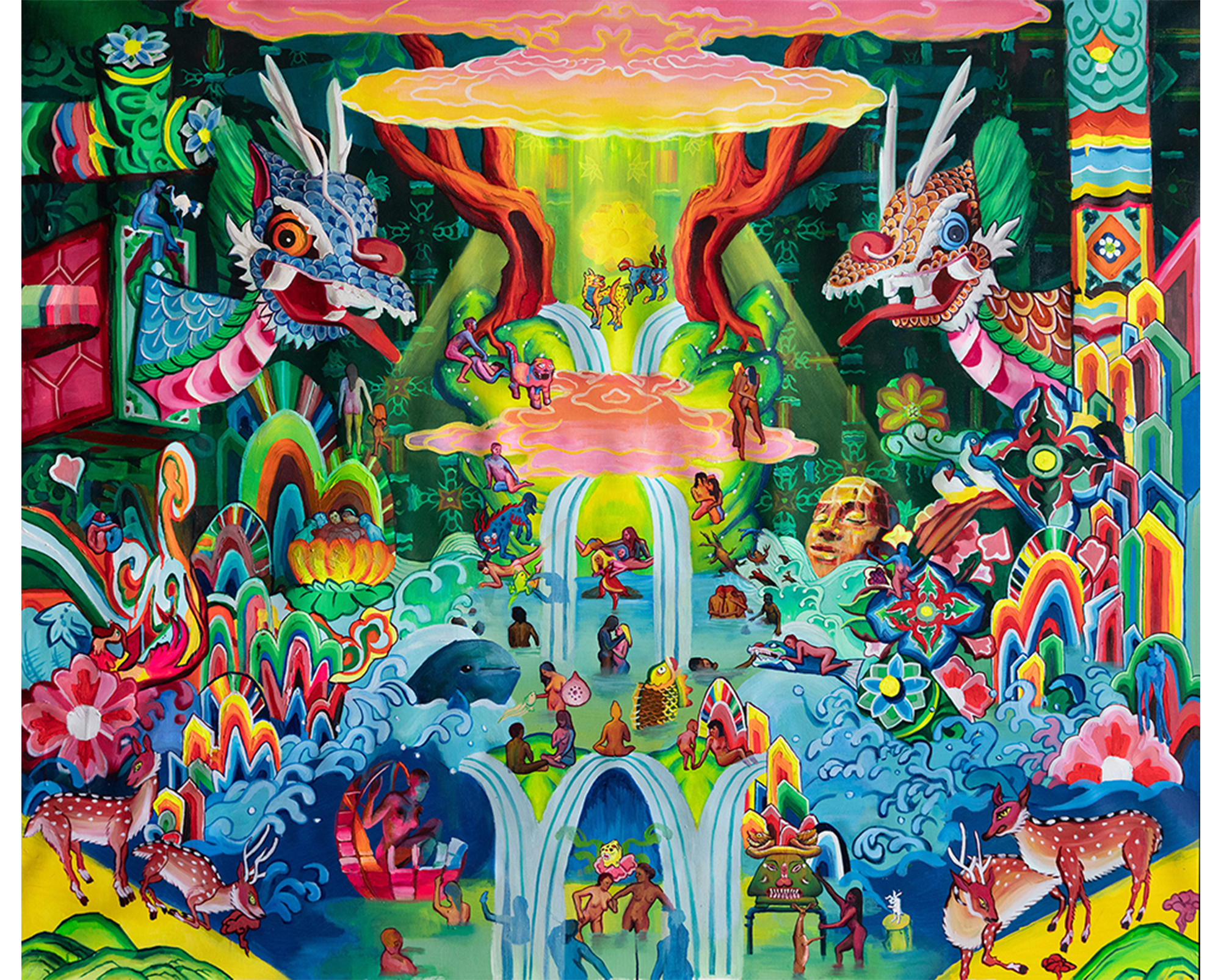 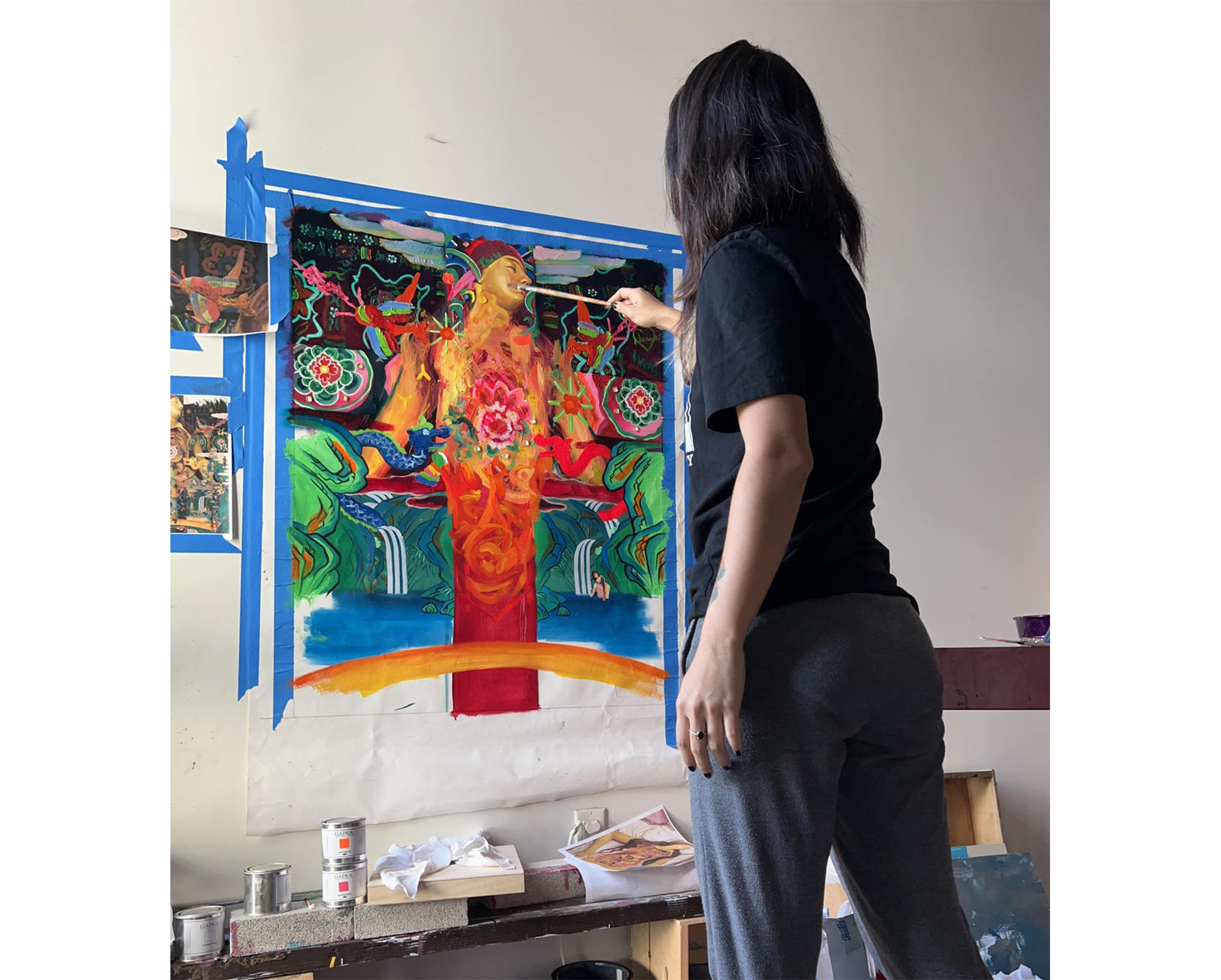 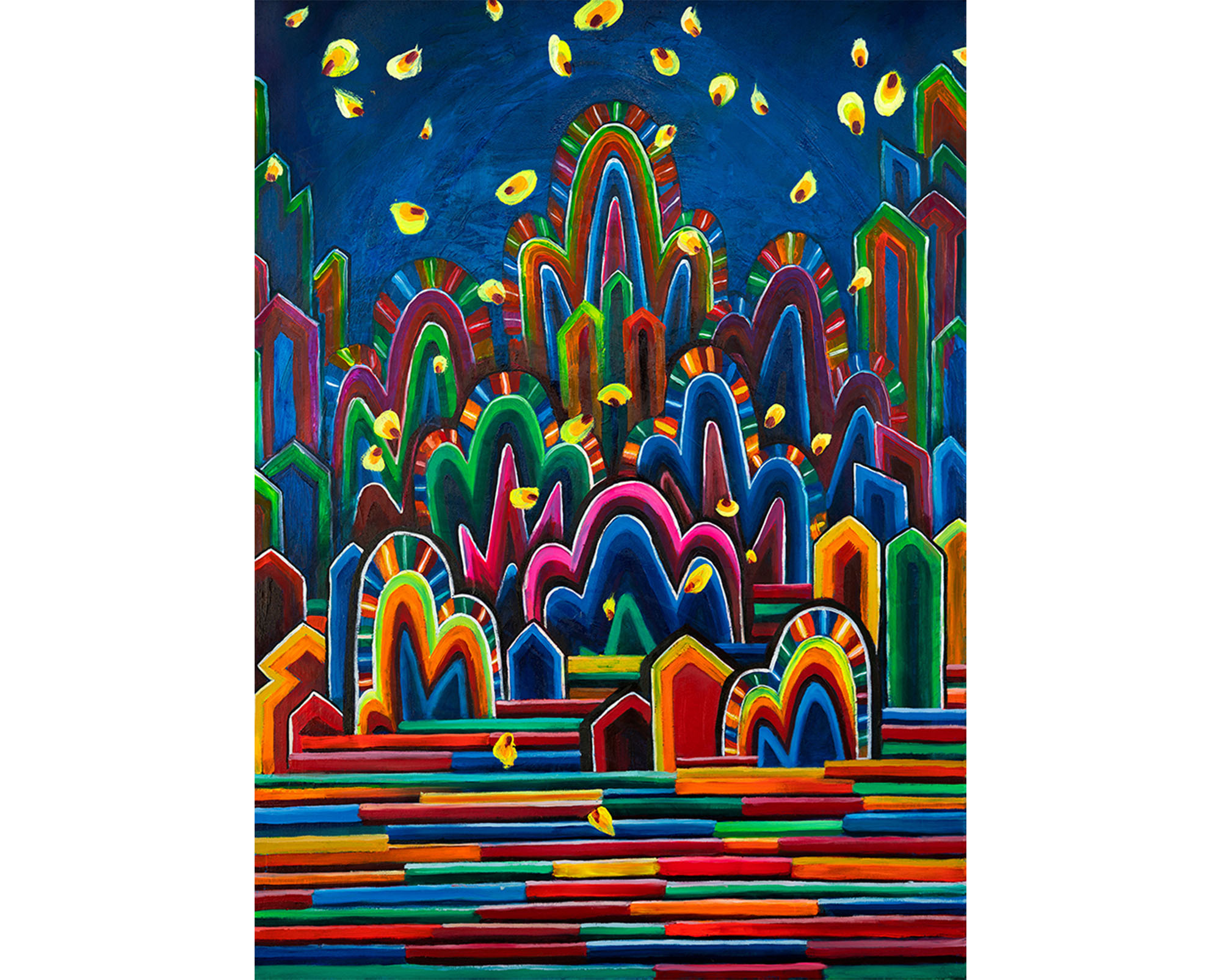 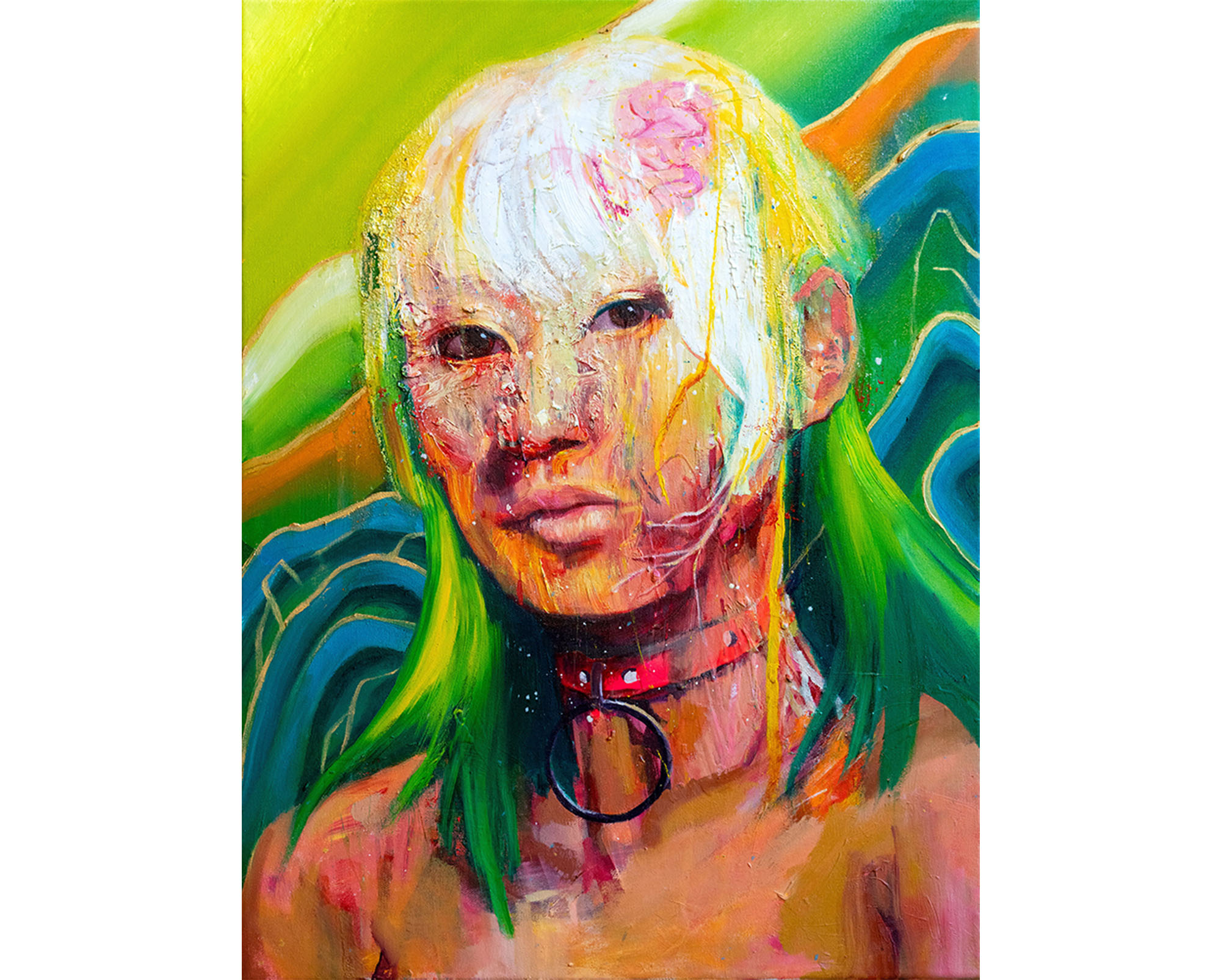 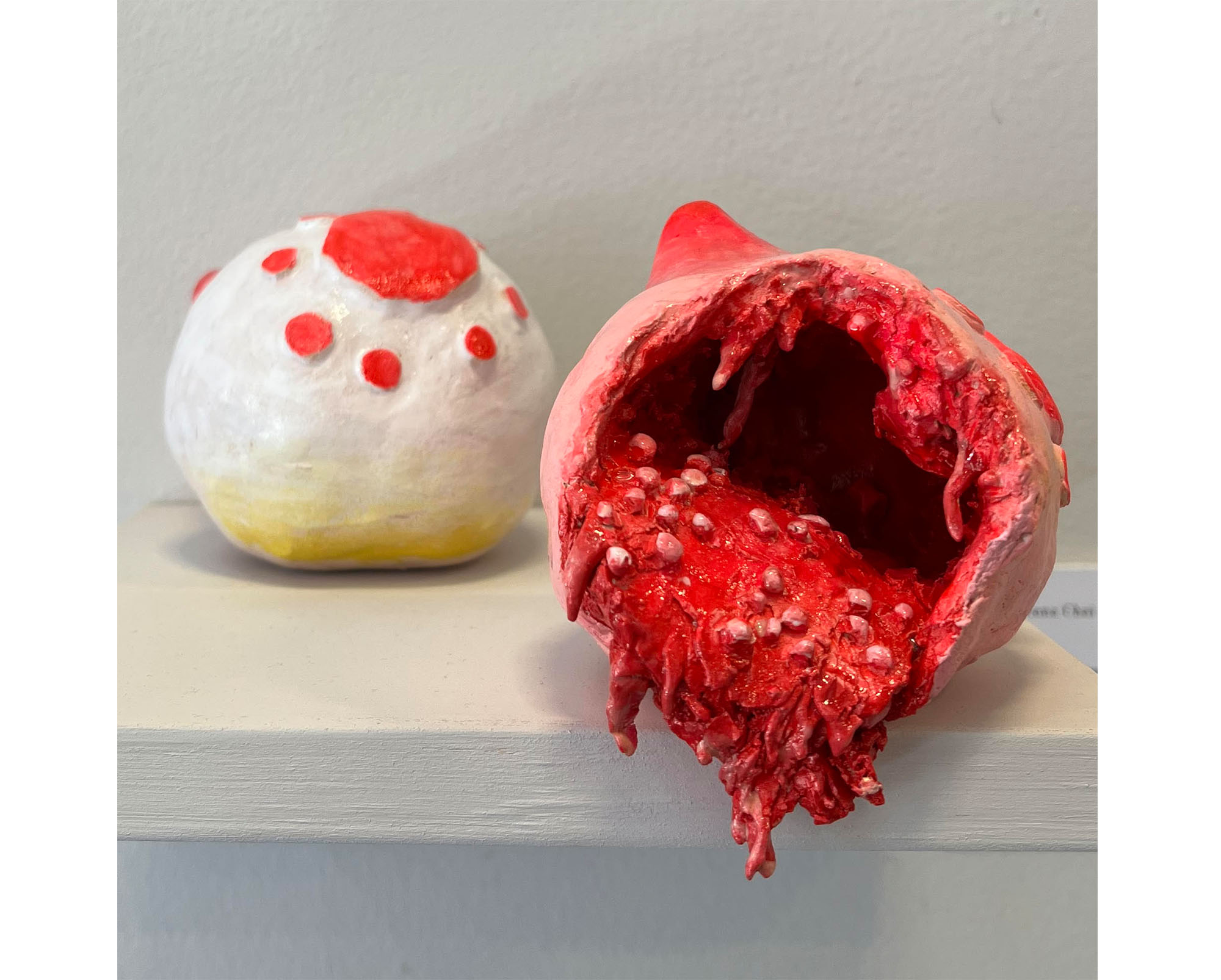 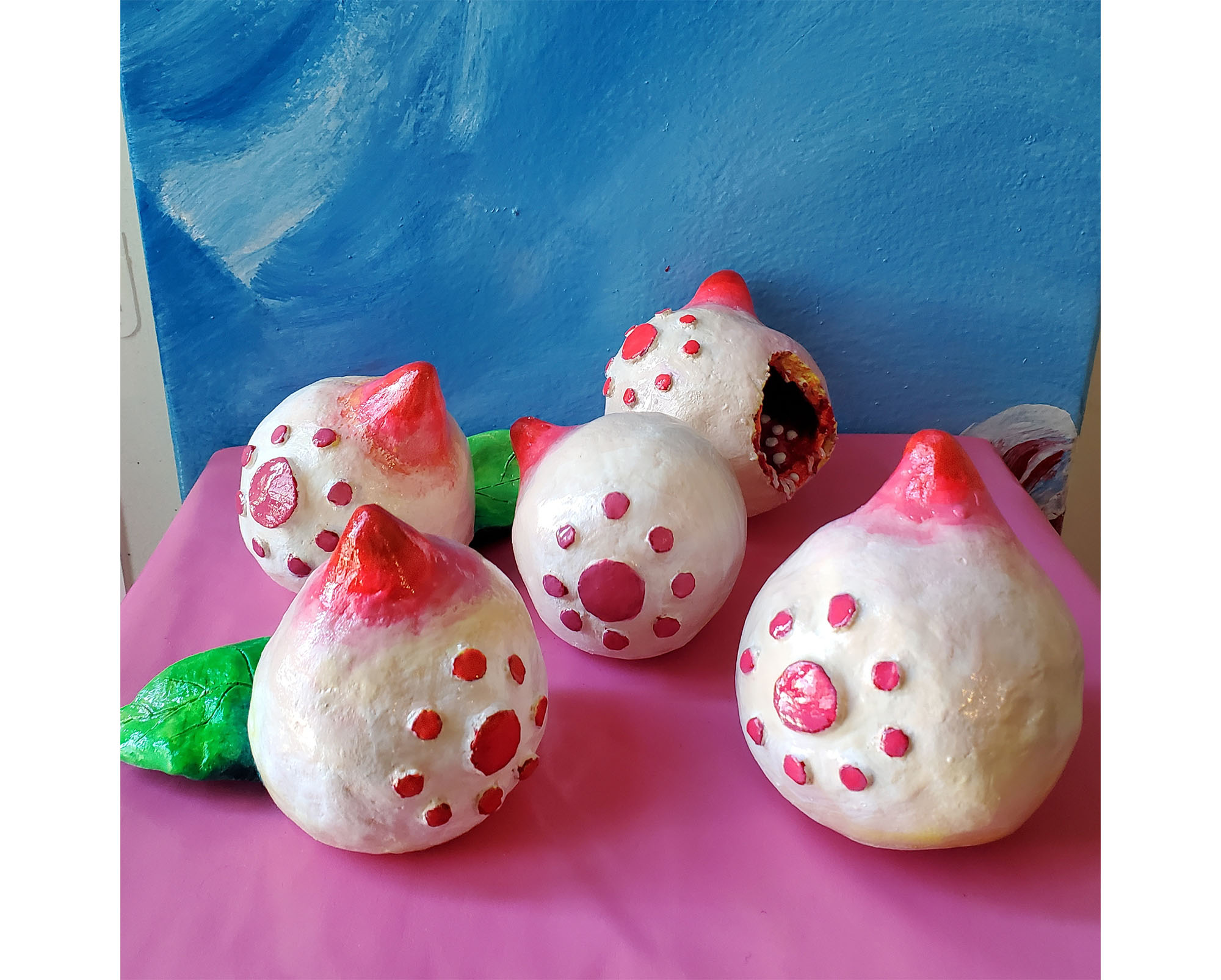