My artform is African Gospel Music. I learned this a long time ago. I started when I was just a boy. I learned it in the Pentecostal church in Congo, and then I continued in Namibia. All my family were musicians. My father was a pastor and a singer and my mother was a singer. My brothers also all sing and play keyboard, guitars, and drums. I have three older siblings and five younger siblings. An older brother taught me keyboard and I also watched and learned from other musicians. We had two hour services on Wednesday and Thursday, and a four-hour service on Sundays and we practiced as a group on Saturday. I also practiced on my own. Music is my life.

My culture is African Pentecostal Christians. The community is for all nations, even the Africans who now live in America. I even did a project with some African American Pentecostals and felt together with them. Depending where I find myself, I can lead and sing in English, Swahili, French, Lingala, Tshiluba, and sing in Portugese, Bemba and Nyanja (Namibian languages) and a Nigerian language. What is important is that we all have the same Christian belief and use the Pentecostal style which is evangelical and speaking in tongues, and freely express ourselves with high energy music. My community likes our ministry. They consider me their leader. I am the model for them to follow. I am a skilled musician but I also lead a Christian life. I think before I speak, I am careful with my words. I also do what I say, I “walk my talk”.

Music is also how I reach young people. When they know I am coming they know they will sing and dance, so they come, and then I can talk to them and advise them. It is a part of my life, it is part of my vision. It is important to me to share my music with people of all religions and backgrounds. I want my music to encourage people that no matter what they are going through, God has a plan for them. I want my music to give hope, to teach everyone not to give up. I want to educate young people to keep themselves from drugs and alcohol, and from depression.

My music is African. You can hear it in the beats and the style. It makes you want to move. Although my music is modern, it still resembles a lot of old traditional African music that is about how to live properly in a society. It gives people energy teaches to love your neighbors and treat them correctly. My music is uplifting. It teaches how to love yourself and to discover your potential. There is a seed of greatness in everyone. I want everyone to hear my positive message.

David Kambowa is a vocalist, composer, arranger, and keyboard player specializing in African Gospel Music. His music includes soaring harmonies and complex and infectious rhythms that are heavily influenced by traditional African rhythms, African popular music, American gospel songs, and other gospel music from around the world. Kambowa is also a preacher and currently serves the Redeemed Christian Church of God in Erie. There is a direct connection between his music and his faith. He says, “You cannot have a proper African Pentecostal service without music. It motivates and inspires, and helps people and brings them to God. Everyone participates in the music. Our music is based on African call and response. No one is shy to express themselves musically.” His Pentecostal tradition is Pan-African and he sings in English, Swahili, Portuguese, French, and various languages spoken in Congo, Uganda, Nigeria, Namibia and other countries in Africa.

Born in 1981, he grew up in the Pentecostal Church in the Democratic Republic of the Congo. His father preached and both parents and his eight siblings all were musicians. Kambowa is visually impaired. He was able to complete his primary education, and can read and write with magnification. A surgery when he was a teenager was unsuccessful and he was not able to attend high school or college. He did not let his vision problem stop him from devoting himself to music and he plays and composes completely by ear. At the age of twelve he led his congregation’s Sunday School choir. When he was 14 he began to tour as a musician to many different churches in the Congo.

He left Congo because of the civil war and insecurity in 2002 and went to Namibia as a refugee. where he continued to play music for church. Kambowa believes his music can be enjoyed by people of all faiths. In Namibia he also performed for secular events such as a weekly musical program at the government-run school and for public and civic events such as Independence Day. He was involved in the community work like helping serve food and singing for the elderly in nursing homes and  for prisoners. The church, recognizing his musical gift, sent him on musical missions to Zambia in 2005 and Kenya in 2007. He also released two recordings while in Namibia, the first in 2010 and the second in 2013.

He came to Erie as a refugee in 2013 with his wife and two young children. He has travelled widely to preach and sing at African Pentecostal congregations in Montreal, Pittsburgh, Ohio, Arizona, Texas, Iowa, Kentucky and other states. In 2018 his church sent him to Uganda on a musical mission. In 2019 he received an Apprenticeship in Traditional Art grant from the Pennsylvania Council on the Arts. This grant recognizes master folk artists and awards them funds to pass their tradition on to individuals within their community. In 2020 he and his band had their first major performance in Erie at the Erie Blues & Jazz Festival, which was streamed live on WQLN TV, radio, and Facebook.  Before the pandemic, he was travelling to sing and preach outside of Erie about once a month. Even now he has a little work travelling, as he was invited by a church in Arizona in September.

He is currently working on his third album. 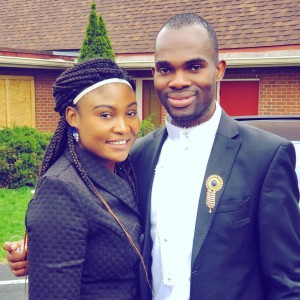 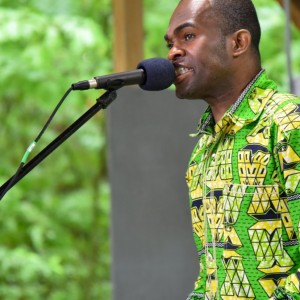 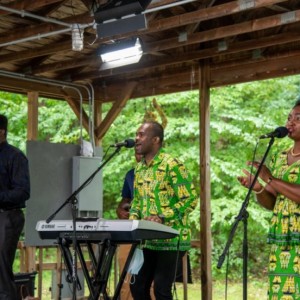 David Kambowa and his band at 2020 Erie Blues & Jazz Festival