What will you see at the Hagen History Center?

Whether you’re a history aficionado, novice, Erieite or visitor, the Hagen History Center has something for you. Check out the galleries in the Watson-Curtze Mansion. They Include:

Remember the story of Mad Anthony Wayne?
Yes, his pot and chair are located on the 3rd floor. They’re legendary! Just ask us.

Want to know how Erie was involved in the Civil War and what was General Strong Vincent’s role?
See the Civil War Gallery on the 2nd floor. Erie was front and center. Our Archives contain substantial Civil War research materials with over 1,000 books and dozens of boxes of primary source documents.

Remember when Griswold Manufacturing made cast iron home products?
Founded in Erie in 1865, Griswold had a world-wide reputation for high quality, cast iron cookware. Visit the mansion’s kitchen display on the first floor to see our extensive collection.

Make a visit to the Hagen History Center several times a year. We’ll always have something new for you to see.

When can you come?

What is the cost of admission?

You can choose to pay for an admission fee for one day or become a member of the ECHS.

The Erie County Historical Society is dedicated to collecting, preserving and promoting the study of our region’s history. The region is defined as Erie County, PA, the neighboring counties in northwest Pennsylvania, and the Lake Erie region.

ECHS achieves its mission by providing an active educational program, preparing and promoting a variety of high quality exhibits based on the extensive object collections, and operating a reference library and archives.

The Erie Public Museum started collecting items for exhibit. Then in 1903, the Erie County Historical Society (ECHS) was developed and began preserving Erie’s history in a shared space at the Erie Public Library.

The ECHS moved to the Customs House at 4th and State Street. The neighboring Cashiers House provided extra storage space.

The ECHS was housed in the History Center. The center was in the former Heyl Pharmacy building at 419 State Street.

The Erie School District, which owned the Watson-Curtze mansion, converted it into the Erie Public Museum. This was done after the death of previous owner Frederick Curtze in 1941. It was the Curtze family vision that their former home be used for the “promotion for the education of all persons."

An independent entity, the Erie Public Museum, was formed and the school district created a Museum Authority in 1979.  The house then became the Erie Historical Museum and Planetarium.

The ECHS consolidated its operations and created the Hagen History Center campus on West 6th Street and Chestnut. The plan repurposed the mansion into a regional history museum on the second and third floors with 11 thematic galleries and a house museum on the first floor of the mansion. The Planetarium moved to Penn State-Behrend campus and the former carriage house was re-purposed for offices, a gift shop and a research library.

Dr. Wood was the first Surgeon General of the Navy. Captain Morrison was the last captain of the Michigan/Wolverine and the first Superintendent of Presque Isle State Park in Erie, PA.

In early 2019, ECHS broke ground for a new building on the Hagen History Center Campus. This 6,000 sq. ft. building will house an exhibit of national significance on the first floor. On the second floor, it will house comprehensive exhibits of Erie’s history. 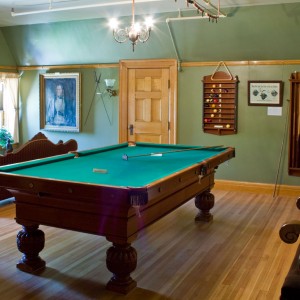 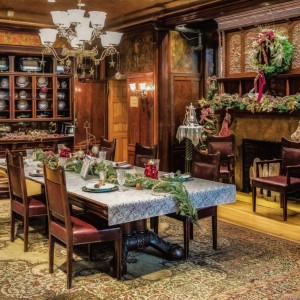 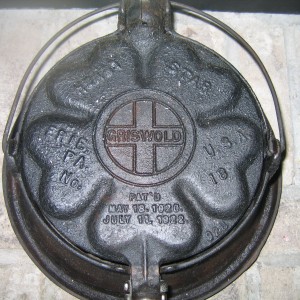 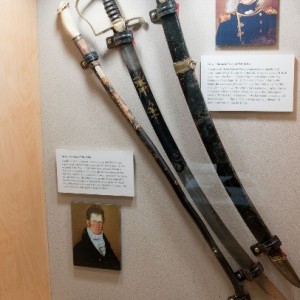 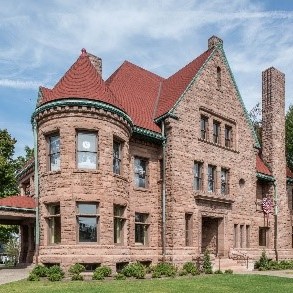