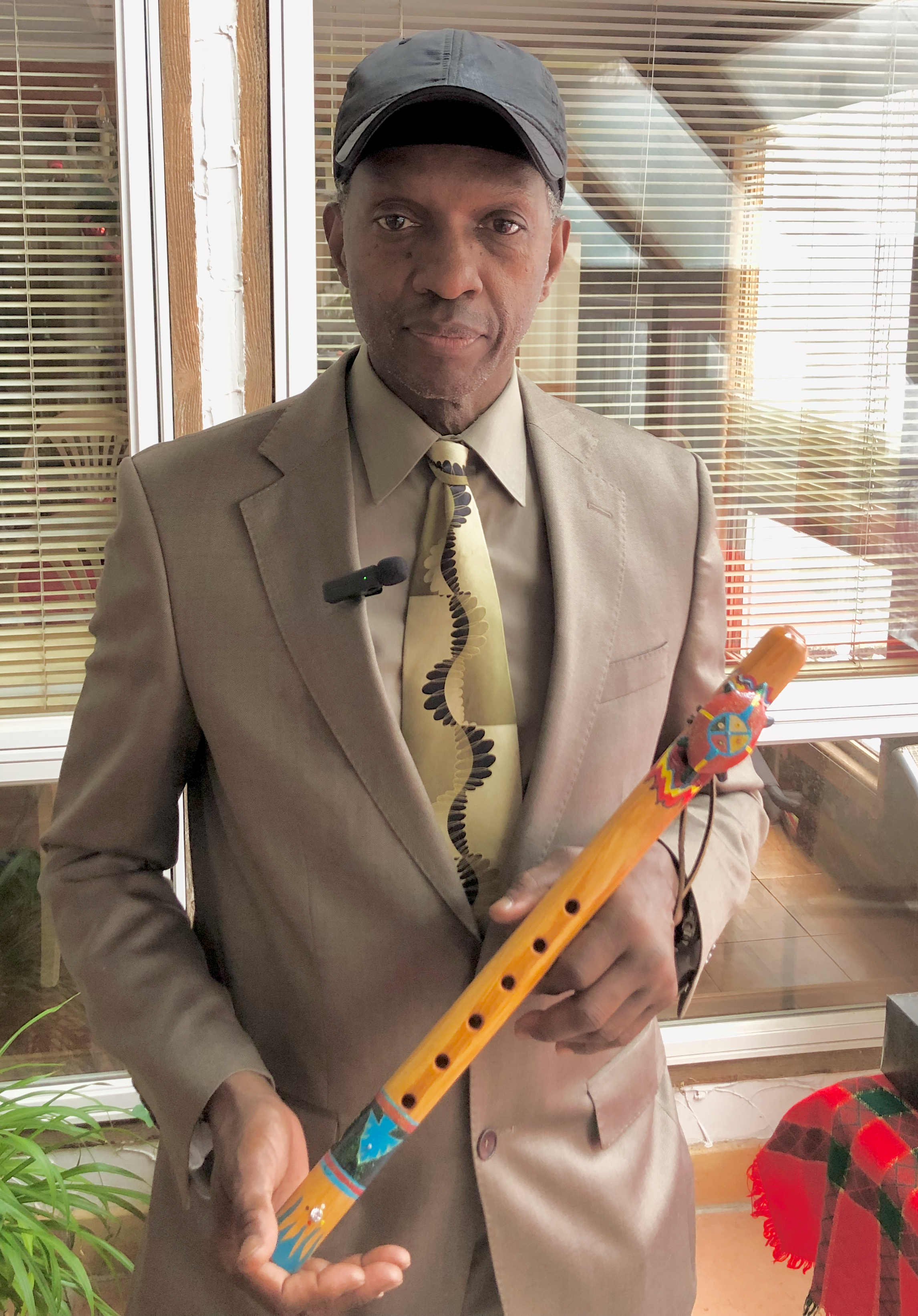 Allen Brown was born in Erie. His mother was Western Band Seminole and his father was half Eastern Band Seminole, half Geechee (an African group from the American south). Raised primarily by his mother, he identifies strongly with his maternal heritage. He is one of nine siblings and the household was musical. He says of his childhood, “One brother played drums, my sister played an oboe, the other one played a clarinet and another brother played a trombone and we all had different instruments, so I would just pretty much grab everybody's instruments and just mess around with them.” He also played harp and piano, learned some Seminole songs from his mother and to play drums at pow wows. He got his first Native American flute when he was seven or eight years old and immediately felt a personal connection to it. He cites nature as his primary inspiration. “When I was a kid, I used to always listen to the wind in the trees at night, and I would get up in the morning and play what I heard on the flute. My aunt and my grandmother gave me my first ceremonial name as Wind Song, because my music came from listening to the wind in the trees.”

He tried flutes made from different kinds of wood and discovered  he connects best to maple. “Each wood has its own ringing signature, but for me maple is not overly loud but not weak. It just fits into how I feel.” His current flute is one he made himself about 25 years ago. Allen says that the flute is shared by most First Nations. In this tradition it is typical to make a flute to fit the player. The length is to the scale of the arms and the holes are placed where the player’s fingers naturally fall. Each flute then has its own scale and sound. Allen decorated his with a turtle representing his mother’s Turtle Clan, and an arrowhead facing down, representing peace and a round motif representing the circle of life. The colors are traditional. “Each color represents a race of the world, white, yellow, red, black.”

Over forty years later, the Native flute remains as something that brings him comfort and joy. “It’s always been my peace. That is my can of beer, pretty much. A lot of guys drink to relax, but when I want to relax, I play the flute. No matter how terrible I feel, when I get done playing I'm always great because I get to transpose my feelings into some music.” He mostly plays alone, but enjoys working with other musicians. He also plays in public in places where his music will serve a purpose, like memorial services.

He says, “I enjoy sharing my flute playing. Native people say that everything has a manito, a spirit. So no matter what you give or say to anybody, you give a part of your spirit with it. When I'm playing my flute I have to give a part of my spirit to the person I play for. And once you give it to them, it belongs to them forever. And that's what people feel good about. What I'm doing is not just playing an instrument for someone, I’m giving part of my spirit along with that song. So, for me, it's sacred, I do it with a great honor. Especially for women, I always think of an honor song first. because in our culture, women are held at the highest regard. They are bestowed with the gift that the creator has, the gift of bringing life. I want to give her the best I can give her today.” 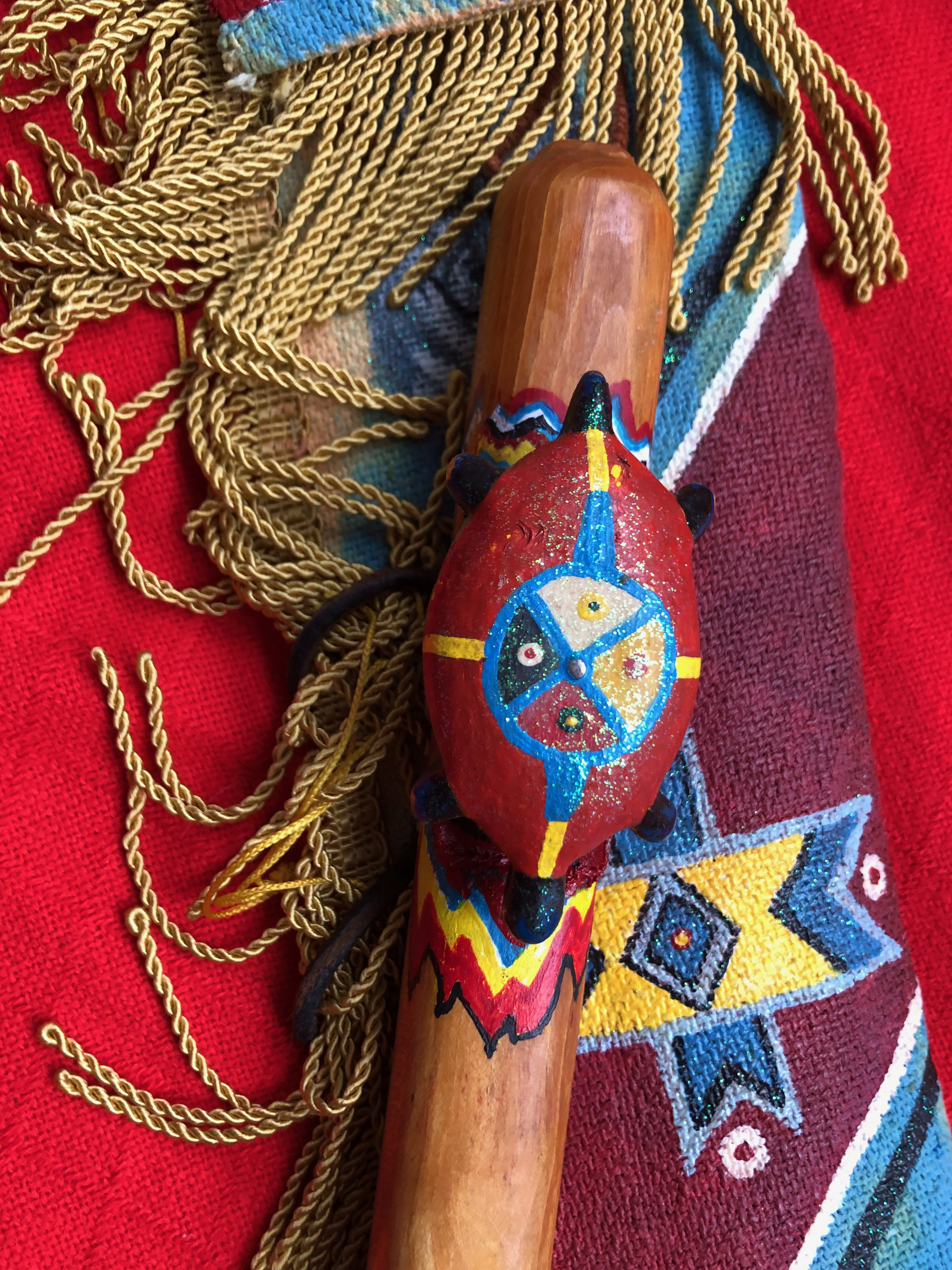 Submit your music to EAC's Valentine's Day Playlist
Erie Arts & Culture to Receive $10,000 Grant from the National Endowment for the Arts