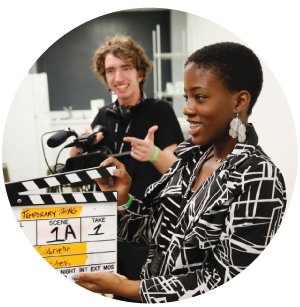 Please join us for our FREE Summer Filmmaking Program. We are giving 10 students the ability to share their voice in our city. Selected students will take part in a two-month process of learning the basics of writing, directing, and editing their own film!

Film is a very powerful medium that can convey many levels of emotion and experience. At this time in history, it is vital to provide our youth with creative outlets to express themselves and contribute to positive change. Students selected to take part in this free summer program will work with filmmakers, John C. Lyons and Soraya Johnson, to make a short video for the first annual New Horizons Youth Film Festival through Erie Arts & Culture's Creating with Community Artist Residency Program. Selected students will take part in a two-month process of learning the basics of writing, directing, and editing their own film.
Students will use their camera phones and workshops are conducted virtually.

Students will create their own short film on their own time, with the assistance of the filmmakers, incorporating one or more of these themes:

My Culture
My Neighborhood
My Voice 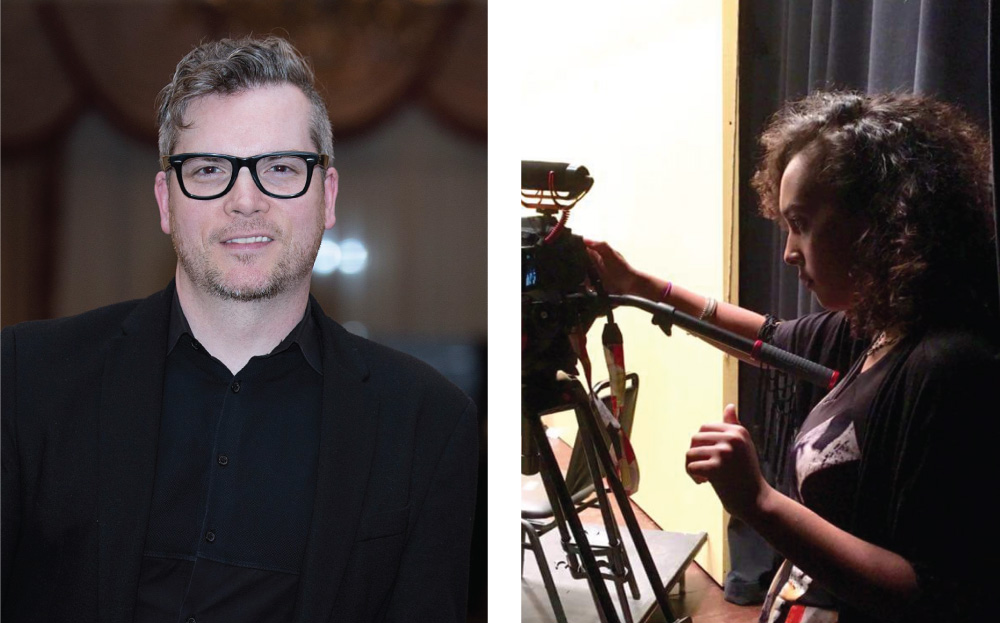 John C. Lyons has written, directed, and produced three feature films and three short documentaries. In 2020, Lyons with his wife and partner, Dorota Swies, will release their eco-thriller, "Unearth", which stars Adrienne Barbeau and Marc Blucas. In 2017, Lyons produced the short “#OurErie” which was viewed over 100,000 times in 48 hours. His previous features "Schism" (2009) and "There Are No Goodbyes" (2013) were made on a shoestring budget, and received the Best Screenplay award at the Director’s Chair Film Festival in NYC and the Purple Heart Award at Zero Film Festival in Los Angeles.

Lyons serves as the Director of Programming of the non-profit Film Society of Northwestern Pennsylvania, where he leads the development committee and programs quality cinema for a variety of film series -- all feeding into the overarching goal to build a new, inclusive industry in the Erie region.

Born and raised in Erie, Pennsylvania, Soraya Johnson is a student at Point Park University in Pittsburgh, Pennsylvania. She is currently pursuing a B.F.A. in Cinema Production. Johnson is a graduate of Collegiate Academy. Johnson's film credits include "The Lies Beneath Her Bed," which she wrote and shot with two fellow female filmmakers at Point Park University as part of the university's 48-Hour Film Challenge.

About Creating with Community:

In February 2020, Erie Arts & Culture Creating with Community Artist Residency Program. This initiative, which builds the capacity of Erie-based artists by positioning them to serve as leaders within the community, was funded through the support of Erie Insurance and the Pennsylvania Department of Community and Economic Development’s Neighborhood Assistance Program. In 2020, Erie Arts & Culture will facilitate seven artist-led, community-driven projects through the residency program. The initiative will provide $70,000 in stipends to the 14 artists involved.

In December 2019, Erie Arts & Culture distributed a formal call to artists. The agency sought artists who were dedicated to exploring the intersectionality between the arts and social, environmental, racial, and economic justice. In total, 28 artists responded to the call by submitting applications, which were reviewed by the staffs of Erie Arts & Culture and partnering neighborhood organizations, including Our West Bayfront, Sisters of St. Joseph Neighborhood Network, Bayfront East Side Taskforce, and ServErie. Artists were then paired together and assigned to projects and designated roles of either Lead Artist or Associate Artist.

To learn more about the other 6 artist teams, visit our link below.

Visiting Artist in Residency, Sharon Norwood, to Arrive in Erie
The Boring Parts of Being an Artist with Ian Thomas | Virtual Event